iOS 7 by Tutorials - the first iOS 7 book - is published

My blog has been a little quiet for the past few months, but this certainly doesn’t mean I have given up on writing! A few months ago I joined the team behind iOS 7 by Tutorials and for the past four months I have been hard at work on the four chapters I contributed towards the book.

Yesterday at 19:00 (GMT) the book went live, minutes after the iOS 7 NDA lifted, making this the first iOS 7 book to be published! 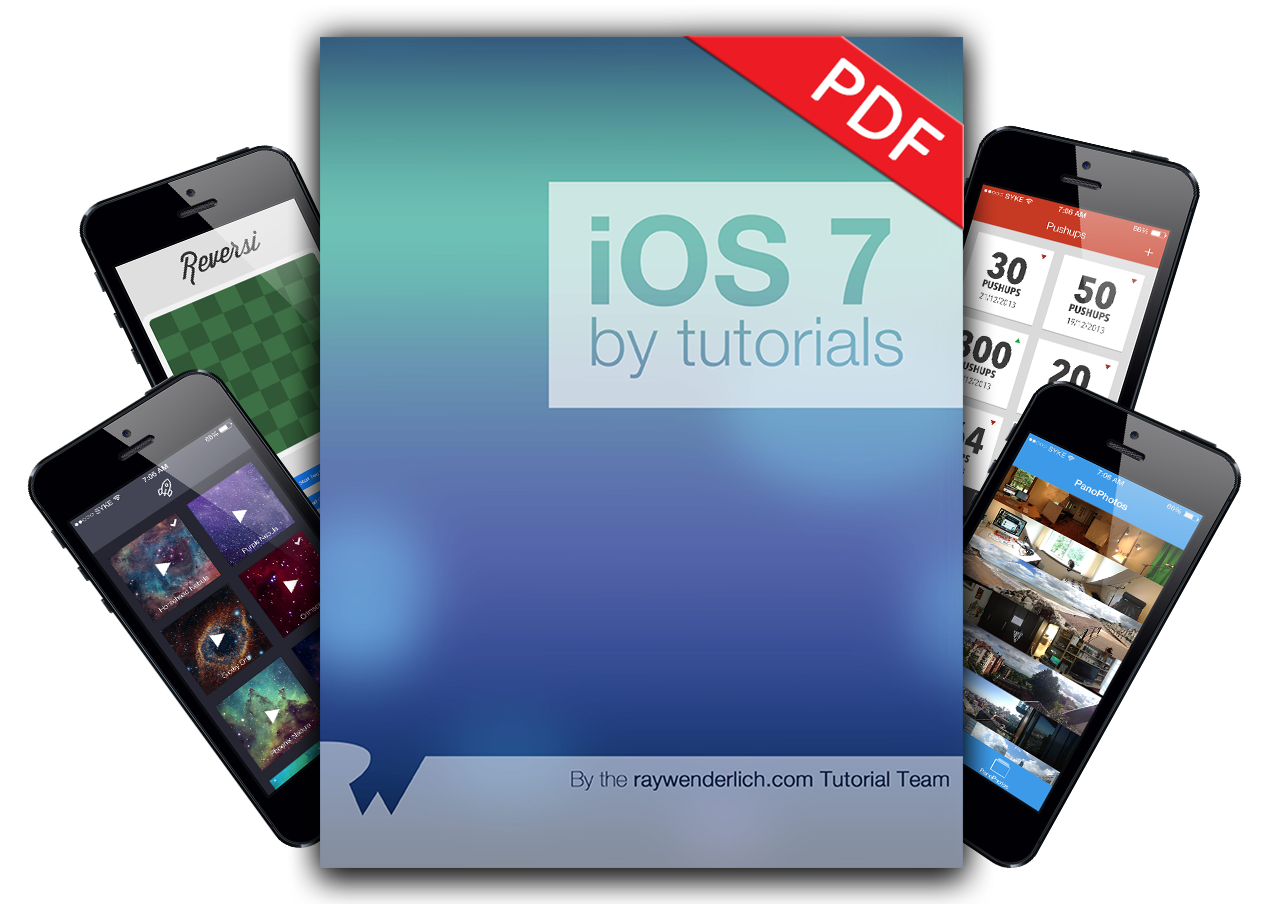 The book was coordinated (and conceived) by Ray Wenderlich, who runs one of the most popular iOS developer sites on the internet. The popularity of his website is no doubt due to the quality and frequency of the tutorials that are published. There are a whole team of authors (myself included), technical editors, translators and an illustrator who work together to ensure that every tutorial is of the highest standard.

This same level of quality was applied to the book, with each chapter undergoing numerous technical and content reviews.

As an author I certainly found the book writing process to be quite a challenge! We were working with a new, partially documented and sometimes buggy APIs. Furthermore, we faced a moving target, with seven different version of iOS 7 being released during the writing process. We only had a few weeks to write the tutorials code, draft the text, review and incorporate feedback for each chapter. I must commend Ray and the team of editors for the fantastic work that they did. This book came together very rapidly, but that is not to say we cut corners, far from it - the whole team showed a real attention to detail.

The chapters I wrote were; UIKit Dynamics and Motion Effects, where I guided the user through the creation of a gesture-drive UI, Text Kit, which introduced dynamics type, and advanced features such as multi-column text layout, and Custom View Controller Transitions, which show the reader how to create interactive gesture-drive custom transitions. Each chapter is accompanied with one or two example projects which accompany the book download.

The end product was certainly worth all the late nights, and I am looking forward to doing this again next year!

Colin Eberhardt · 29th  Jan 2014 · 1 min read
Swift By Tutorials is Published
Apple released the first public beta of the Swift programming language just over three months ago. Within days of the release myself and Matt Galloway started working on our book Swift by Tutorials, which as of yesterday is finally finished and shipping!