Default values in code and configuration

Beneath the user interface of our applications, we as developers both define and use default values in code and configuration. Choosing carefully helps make what we build quicker, easier, and less error-prone to use.

A look around most codebases will likely show up some defaults being defined or overridden. Those defined elsewhere and used as-is however, are only known by their documentation or consequent behaviour.

Defaults allow someone to use a thing without having to specify a value for a parameter - in code, or in configuration.

They reduce friction between deciding to use something, and actually being able to do so. Without defaults, we’d need to discover that we do indeed need to specify a value, find out which ones are available, decide which one to use, and specify it in the right place.

By not requiring the consumer to understand the parameter and make an informed choice of value, they reduce analysis fatigue and decision fatigue. Without defaults, we’d need to understand much more than we probably need to about a framework before using it, and have to make many decisions.

Reducing the number of choices that have to be made (or eliminating them) also lessens the likelihood of making poor choices. Software creators can bake-in good choices that work for most use cases.

Removing the need to specify values in common use cases reduces the amount of code (or configuration) we own, making it easier to read and understand. The important things are easier to notice when there’s less background noise.

The value of these benefits increases with the number of parameters. As well as having more individual ones, we have to consider relationships between them in terms of effects and compatibility.

The convention over configuration paradigm, which relies on good defaults, is motivated by some of these goals. It’s widely applied, and specifically favoured by some frameworks and tools such as Spring Boot and Apache Maven.

To default, or not to default

We make this decision every time we create a new class, component, function, library, application, or tool. There are a few things to consider.

Is there a value that’s appropriate for the majority of use cases? If so, it should probably be the default, so only the exceptional use cases have to care about it.

Is the parameter something consumers will always want to specify? If so, there probably shouldn’t be a default - it could silently mask an oversight or a problem.

Is the parameter something important consumers should be forced to think about? If so, there probably shouldn’t be a default. Defaults can easily be used accidentally or without realising. Forcing the consumer to make an active choice for important parameters prevents this.

Is the parameter being added for a new version of existing software? If so, there should probably be a default. This makes upgrading to the new version easier, as consumers’ existing code/configuration doesn’t need any modifications.

As mentioned, the default value should be appropriate for the majority of use cases. But that’s not all.

It must be safe, secure, and non-destructive. Because defaults can easily be used accidentally, they shouldn’t cause insecure behaviour or irreversible actions.

It must not be surprising. This is the principle of least astonishment.

It must always be applied unless a value is provided. Using a different default value in different runtime situations can be useful, but not having one at all in some of those is usually surprising when such a situation is encountered.

If the parameter is being added for a new version of existing software, the value should usually maintain existing behaviour so as not to cause a breaking change.

The nature of defaults makes them easy to use without realising, which can be both an advantage and a disadvantage. Those whose effects aren’t clearly visible can be made so by definers through documentation. Important ones can be highlighted in logging output when they’re in use.

Defaults which require known non-defaults of other collaborating software to be used need to be made especially visible.

When we use a default value, there’s usually no record anywhere in the code of that decision being made: the default value suits us, so we don’t need to do anything. Future maintainers might wonder if we ever did consider whether or not the default was appropriate for our use case. We can make this visible for important parameters by specifying the same value explicitly, possibly accompanied by an explanatory comment.

With the above in mind, you might consider some defaults from popular (and other) software:

Defaults have the power to make things better or worse, through their presence or absence, and the values chosen.

Different pieces of software will have their own approach when defining defaults, their take on the pros and cons being driven by their philosophy and their expectations of consumers’ knowledge and diligence. I think it mostly comes down to balancing ease of use against being easy to use wrongly.

Bridging UI libraries for decoupled, long-lived, widely-reusable components
It's useful to be able to use components built using one framework, within different frameworks. In this post, I explore considerations and patterns, and finish off with an example using React and D3.

Robat Williams · 12th  Dec 2018 · 8 min read
Microservices for Life
With so many organisations claiming to do microservices, it’s time to re-examine. Let's explore the principles of microservices and how the mindset transcends specific technology choices of the moment. It's more about people and change than it is about technology. 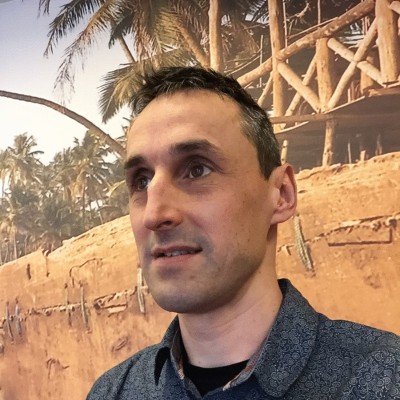