Getting out of academia: Joining Scott Logic with a PhD

I joined Scott Logic in 2016 (just over 2 years ago, at the time of writing) with a PhD in neuroscience – of all things! In this post I hope to explain what extensive experience in academic research (such as that which comes from studying a PhD) lends towards a career in software development at Scott Logic, and also how the company acts to recognise your achievement of becoming a Doctor of Philosophy, by telling you the story of my application and what has happened in the short time I’ve been working for the company. I’m hoping my story will hopefully allow a lot of people reading to go “oh wait I’m a bit like that now!” to encourage you to take that risk and fire your CV across to our recruitment team.

I graduated from university with a first-class degree in Mathematics from Newcastle University in 2012. My wife and I were determined to stay in the North East of England because it’s where our family was based. I had gone through the very lengthy process of applying for one of the “big four” financial institutions that had offices in Newcastle and after 8 months of interviews and selection procedure (during my final year) had been offered (and accepted) the job. I happened upon the PhD position when my soon-to-be supervisor sent an email around the first-class potential graduates asking for anyone interested to submit a CV. I went through another, shorter, application process, and started a PhD in Neuroscience in the September of 2012.

I immediately began and found myself getting very specialised very quickly. The maths involved in what I was doing (vision-based research) was highly complicated, and I needed to start coding up my experiments. For this I used Matlab, a tool mostly used in academia for computational purposes. I learnt a lot of very bad habits being left to my own devices to explore what I could do, with the sole aim to get a result or solution at the end, and with myself being the sole person writing and seeing the code. An example (if you can bear to look at it) is shown below! 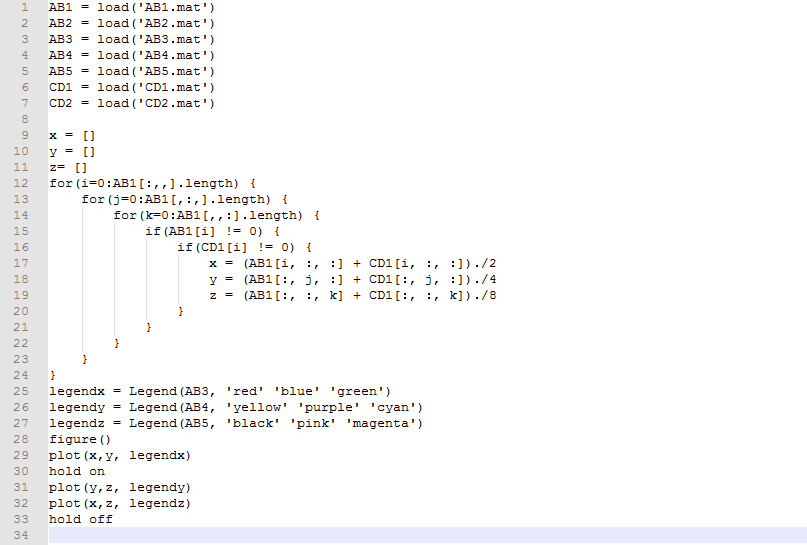 (That isn’t an exaggeration, I really did used to nest 3 different for loops for plotting assessing entries in a matrix!)

A year and a half before my thesis submission and viva presentation, I was getting ready to reapply for the financial institutions in Newcastle. I had considered briefly a post-doctorate role, but, as is notoriously the case in academia, the security, length of contract and salary of these positions was severely lacking (it is no coincidence that 70% of PhD graduates leave academia on graduation to find work in the private sector ). I was aware my knowledge base had specialised but I still had my maths background, which is what I was banking on getting me through the application process. I was really not excited about the prospect of another 8 months of interviews and selection criteria to meet, and was well aware already (having been through the process) that most of the applications would go along the lines of:

The reason they do this is to ensure they have all the best candidates from the pool of applicants that year (the 2 months between stages).

I had really enjoyed my computer coding work (bad as my final code was!) while at the university, so decided to do a quick search online for “software development coding companies Newcastle”. Fortunately for me, Scott Logic was one of the top results. After a bit more investigation I decided to apply, expecting to need to begin another arduous, drawn out process. I was thrilled to find that all the was initially required of me was a short online form and a CV submission. I received a phone call later that week inviting me to a first stage interview.

At the time my language knowledge was purely in Matlab, I had never touched Java, JavaScript or any other programming languages. This was completely understood in the process and I was assured it wouldn’t count against me. After passing the first interview (no spoilers for questions!) I was swiftly invited to a second interview comprising two parts - A general interview similar to the first stage, and a more specific interview with my prospective manager - before being offered a job with the company, starting as a graduate developer with two fellow PhD students upon completion of my studies. The application from start to finish took less than a month, and I was clearly being considered as a special case, rather than trying to fit a square peg into a round hole. I was also assured they were willing to let me finish my PhD and were in no rush to get anything from me. I carried on with my studies safe in the knowledge that were changes requested of my thesis the company were willing to accommodate that.

At the beginning of October 2016 I started work for the company, with two fellow PhD graduates. We were immediately made to feel welcome by the office and began some basic HTML5 and JavaScript training. While there was no outward pressure on us for having our PhDs we were still given an accelerated and streamlined experience. Before Christmas we were being assessed for suitability of client work (considerably quicker than our typical graduate programme, which keeps developers training and learning until they are deemed client ready). My personal development on code has come a long way, and now I write in a way that allows people (colleagues and clients) to better digest and reuse my code, as well as continuing to enhance my consulting capacity. 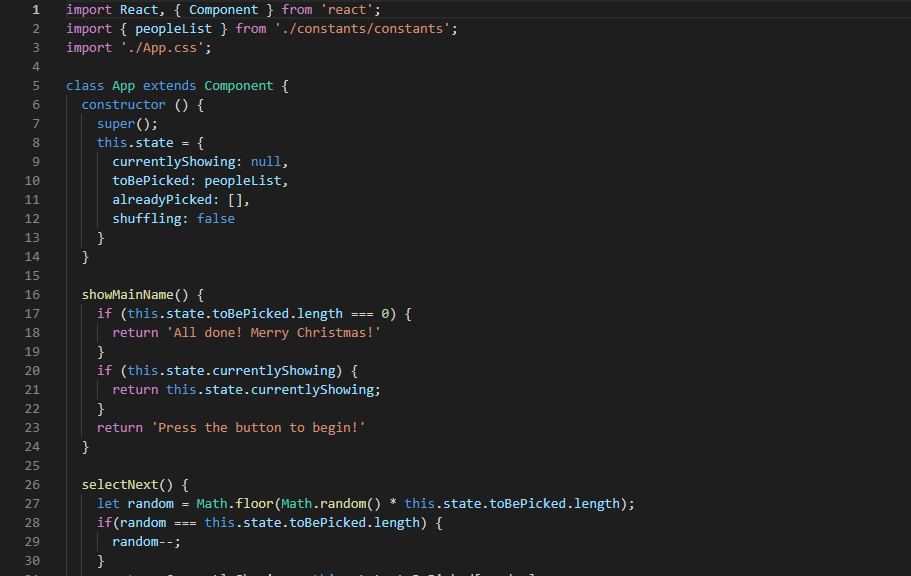 (I cannot share genuine client code on a blog post for obvious IP reasons, so this is code taken from a pet project I have been doing in house, as an illustration)

The advantages of studying a PhD and understanding deadlines, hosting meetings, presentations and the general skill that comes from navigating the treacherous field of research also greatly accelerate honing consultancy skills. Despite having only been at the company for a few months this was recognised, and I was asked to act as a scrum master for the next cohort of graduate developers and aid them in getting up to speed with the training themselves. In the time since I had helped manage interns, acted as scrum master on a client project and been asked to help with recruitment fairs, interviews and coaching fellow staff members.

If you’re reading this and you have a PhD…

I’m fully aware that my post (on the Scott Logic blog site, as a Scott Logic employee) is not going to be an unbiased account of the perks of having a PhD at the company. But I’ve tried to spell out in terms of facts as far as my application went. If you have a PhD and you’re not sure where to go, because you don’t want the uncertainty that goes with the many years of post-doc positions, and want a company that holds your qualification, not just into account, but in high regard in terms of accelerated training and responsibilities, then I believe Scott Logic is a brilliant fit for you. If you want to apply, then you can get your application started now .

An advocate for agile, single page web apps and React/Redux