4 things I learned to love about Swift

Have you ever become so familiar with a programming language that when you switch to a new one, it’s hard to switch your mindset to this “new” paradigm? This is what happened to me when I first began learning Swift 4.0.

Originally coming from a mainly Javascript/Java background, there were several features of Swift that I found restrictive, confusing, or just unnecessary. There were “optional” variables which needed to be explicitly unpacked before they could be used. There were functions which needed labels for each of their arguments when the function was called. Swift even used the keyword let for constants, whereas javascript uses let for variables.

But as I learned more about Swift, I began to understand why the creators of Swift made these decisions. So this article is written to past me, explaining why Swift might not be as bad as you think it is, and may even be very clever.

Swift is statically and strongly typed, resulting in two constraints:

These two constraints, however, allows the developer to use shortcuts when using types. In the example below, we declare a basic enum, PrimaryColour, and a function which takes a PrimaryColour argument and prints the colour.

This works fine and prints “Green” as expected. But there’s a lot of bloat:

Swift is able to use the two previously mentioned constraints to solve these problems. Swift knows that the function argument colour must be a PrimaryColour, so therefore:

This allows us to clean up a lot of that unnecessary bloat.

This makes the code cleaner, easier to write, and easier to read.

This helps document the code and makes it more clear what each parameter is doing. But when I first saw this, it felt like overkill. I assumed _ would be used for most parameters, except in certain cases where the developer needed to add extra clarity.

This changed when I started getting repeated comments on my code reviews telling me to simplify the repetition in my function names. For example, if I was writing a function to return true if two dates are equal to one another to a given granularity (e.g. are two dates in the same month?), I would have originally written:

This function works fine. But if you came across it in a new codebase, it would take a few seconds to figure out exactly what the function did and what each argument was. This would be even worse if the two dates were defined in other parts of the code and had been poorly named.

This same function is defined in the following way on the Calendar struct:

Swift allows you to define extensions to an existing class, structure, enumeration, or protocol type. This allows you to add new functionality without directly adding code to the original definition.

By using extensions, code can be segmented into smaller, more readable chunks. In addition, useful functionality can be added to classes which were not originally defined by you.

For example, if you were writing an applications which needed to check whether two Date instances are in the same month as each other, you could extend the Date structure:

Now you would be able to check whether any two dates are in the same month by calling Date’s new method:

Optionals are a separate type to their wrapped type, meaning that they can not be used interchangeably. This creates several restrictions:

The advantage of this is that it is always clear which values can or cannot be nil. This means that the compiler can do many of the foo == nil checks which are needed in other languages and (usually) prevents you from trying to access the value of a variable that is nil.

In practice, however, it can lead to a lot of frustration as the compiler often complains that you haven’t unpacked an optional. This was especially prevalent when I first started using optionals.

But over time, as I learned which methods to use to unpack optionals in certain situations, I grew to appreciate optionals saving me from cases where I may have forgotten to check for nil.

If you’d like to learn more about Swift, I would highly recommend starting at the Swift docs, especially the guided tour.

If you’d like to play around with some of Swift’s features, try a Swift playground.

Switching in Swift
The switch statement in Swift is a powerful and expressive way of performing flow control. It pairs very nicely with a few other language features: enumerations, extensions and type inference.
Benedict Quinn · 4th  Dec 2019 · 4 min read
TypeScript: Interfaces or Types. What’s the Difference?
When first using TypeScript you get presented with a choice, do I represent that with an interface or a type alias? In this article I explain the differences and why and when you should choose one over the other. 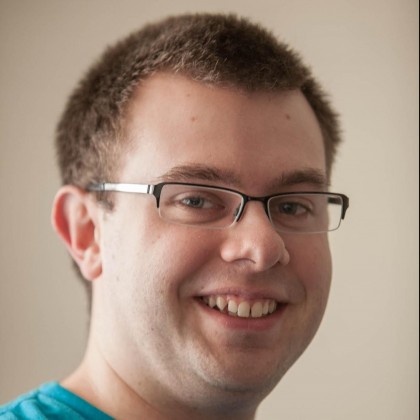