(Not) Only Tools And Sources. You need more than know-how and technology to succeed. “You know it makes sense!”

(Not) Only Tools And Sources. You need more than know-how and technology to succeed. “You know it makes sense!”

I would like to start with a question: “What makes us who we are?”

Each of you reading this and each of the 7.2 billion people on Earth, have a personality type of some description. We develop certain traits from childhood and although we may lose some and/or develop new ones, we typically rely on these characteristics on a daily basis.

So what is a trait? In psychology this is defined as “a particular characteristic that can produce a particular type of behaviour”.

Is it essential to have certain traits, especially in what is now a global village that is heavily influenced by technology?

Maybe, we should instead focus on how to deal with situations and learn from them. As a result, we may develop new traits or exercise recessive traits that reside within us but are dormant.

During my career in tech I have worked with a variety of people with a range of attributes. I have documented a number of these below. Perhaps you can identify some or all of these to a greater or lesser degree in your own personality or perhaps within the individual personalities within your teams. Not every team will have every trait within the individual personalities, but knowing what everyone’s strengths lie, and how to work together to enhance these can result in a highly successful working group.

We all have our own ways to deal with situations. Sometimes it can reach a point where the right path is not as clear as we wished it to be., As the irrepressible Del Boy from Only Fools and Horses (OFAH) used to say: “He who dares wins Rodney, he who dares wins” which he optimistically said to try and prove there is always a way to deal with things. My aim in this blog post is to help you recognise these traits and make use of them in yourselves and others as we strive to survive in the tech jungle.

Note: I am a huge OFAH fan so the rest of this blog will be peppered with characters and quotes from it. You have been warned…

The many personality traits of OFAH

There must be individuals in your company who own and thrive with the responsibility for making key judgements and frequently take decisive actions. They can be valuable to business leaders who can’t be involved in every minor decision, who have limited time and look to those who are not afraid to pull the trigger. These are the Del Boys. Business leaders can’t be involved in every minor decision, so they look for a candidate who is not afraid to take ownership.

Common traits - Confidence, Precision I am sure many of you experienced instances where you have plenty of work that gets allocated to your team by a team or individuals that you don’t directly deal with. This is when you reach out to the deciders and get their help with making decisions and prioritising tasks. 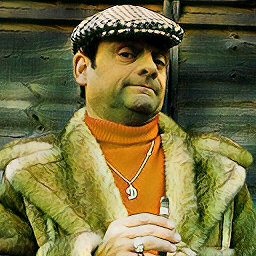 “Del Boy” Del Boy is resourceful, getting a truck full of faulty alarm clocks he will try to sell, without knowing how to make them work. A team full of Del Boys will be no good, for we need those who have caution and those who champion the quality of the product being delivered.

Employees with strong attention to detail can act as a counterbalance to the risk-takers, providing stability and fairness. Traits like these often ensures the project / business doesn’t take on too much and allows it to be agile.

We all know that tech projects rarely run smoothly. As they say, “nothing is perfect”. When things go wrong, what are we to do?

When critical bugs are found and key stakeholders are looking for someone to blame, it is the opportunity for those who are cautious to step in with a calm and objective manner. - The Rodney’s on your team can take a step back and avoid being influenced by emotions - Which brings me to the next point on being unbiased: Be neutral within a team - the team lead or the team members should avoid placing of blame and looking at who missed something out but work to resolve it gracefully - Rodney does not get flustered, he just gets on with it. Be grateful to your team’s Rodney’s 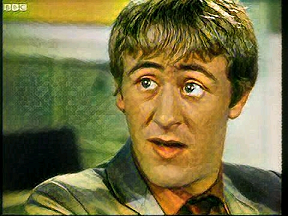 The independent thinkers on your team care about and advocate for well-designed processes, tooling and strategic thinking. They will stand up for what they think is right for the team. They may even challenge previous decisions and orthodoxy, helping the team and business to think outside the box.

During any IT project, last minute tasks will be sent your way as deadlines loom. This is another situation where you need to think wisely.

Last minute requests have to be accepted because a member says ‘This HAS TO be done by the end of the day. In such situations it’s good to try and negotiate. But what is the best way to approach this? In these circumstances: - Try to analyse the situation and predict patterns. There may be a hidden opportunity, and one can advocate for this change. - Bear in mind here to manage relationships well, just like Boycie does with his friends - Team player traits, will help tackle obstacles in this scenario 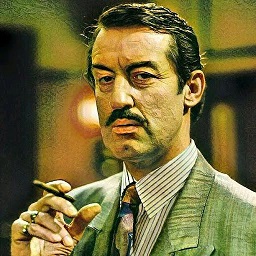 All jobs require some kind of collaboration, whether with a team of other employees, a group of clients or occasional outside contractors. The ability to work harmoniously and effectively with others is a key part of being successful. Having flexible colleagues who can work well with a variety of personalities and work styles is a must.

We spoke about getting asked by other teams to do some work. Now let’s think how to deal when tasks are not assigned to any particular but need completing nonetheless. Ask yourself “are we able to deliver on these tasks 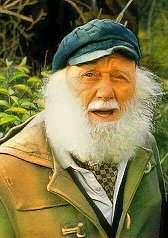 Uncle Albert’s ‘During the war…’ Royal Navy stories were his way of attempting to share a solution to a problem. He tries to share what can we learn from the situation - his depth of experience can be an asset to those who haven’t faced certain circumstances before.

Comically, Uncle Albert’s historical parallels often proved irrelevant but experience of situations can often be the key to resolving problems.

The backstory of Uncle Albert was that he joined the Royal Navy at 17, entered WWII and served on seven ships that were either torpedoed or dive-bombed over a period of four years, including two during Peacetime – an exceptional record.

Geographically dispersed members and communications can get messy at times. 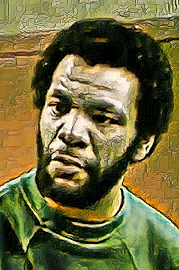 In a particular episode, Denzel unwittingly becomes a motivator when he accepts Del’s invite for a ‘holiday to France’. He is unaware of Del’s ulterior motive to use his truck to bring back French Wine to sell on Del’s stall.

It’s a good idea to want someone who can identify long-term goals. It’s critical to demonstrate that you have not only a vision for the future, but also a plan to get there. So someone like Raquel, who keeps Del boy on the right track. 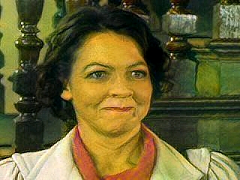 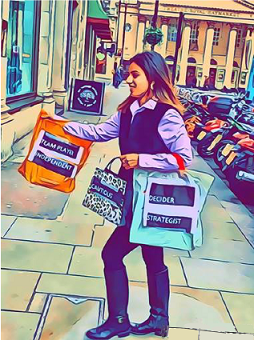 The OFAH examples above have given us a good overview of the personality traits we encounter in life and work. We need to understand some people are emotional, some are strong and some have a mixture of any number of traits. Perhaps you can identify with these traits, there are no doubt some you have, some you don’t have and perhaps some you want. But how can you adapt to cope with the above scenarios? You might have all the attributes mentioned on this blog, but there will definitely be one dominating trait that makes you stand out more. Think about it in this way, you may be a good team player, a great decision maker but your forte may be strategic thinking. In the industry we work and in general, be a chameleon and change your colours based on the environment around you. Analyse the scenario and shift to using a suitable trait. We are very social learners – we absorb most of our knowledge and reflect the personality of others. Use this to your advantage and surround yourself with people you admire. Visualize a new version of yourself. By doing so, you basically prepare yourself to act out in these new ways in the real world. Finally practise this in small doses. Soon you will be able to congratulate yourself on gaining new personality traits! See it. Learn it. Use it. This will only help you and those around you! ‘Lovely jubbly’ 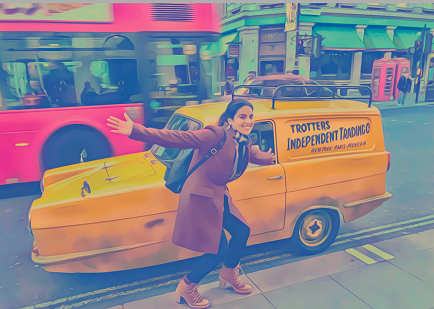 Laveena Ramchandani
Test Engineer, working at Scott Logic. I am based in the London Office.