By the Hook: A Practical Introduction to React Hooks

In a recent interview with Dan Abramov, Mattias Petter Johansson converted the components in the tic tac toe game used in the React tutorial docs from classes to functions using Hooks. At the end of the interview, Dan gave some suggestions on how Hooks could be used to not only convert the classes into functions, but to improve the overall quality of the code.

In this post, I’ll be giving an introduction to Hooks by converting the tic tac toe tutorial into functions in a similar way to the interview. I’ll be showing how to handle side effects with useEffect. Finally, I’ll be talking about Dan Abramov’s first suggestion: using the Hook useReducer to better manage the game’s state.

In a future post, I’ll be showing the real value of Hooks by using Dan’s second suggestion - extracting away stateful logic into a custom Hook which can be reused throughout the app.

Converting from classes to functions - Why do we need hooks?

The original tic tac toe final product can be found here. Currently, we have 3 components:

The Board and the Square components simply take an input in the form of “props” and produce an output in the form of a React element to render on the page. There are no state nor side effects, which makes it very straight forward to convert these from class components to function components.

Things are less straight forward with the Game component. It contains local state, so in order to convert the component to a function, we will need a way to handle that state.

Our first idea might be to store the state as a local variable. However, when we try this, we find that the component doesn’t re-render when the variable updates. This is because setState function is not being called. In addition, this would not be taking advantage of the performance gains that React uses on the setState function by batching the calls into a single update.

So if we can’t just use a local variable, how can we use…state?

As stated in the React docs, “useState is a Hook that lets you add React state to function components.” For example, to add the stepNumber variable to the state, you can use the following line:

The function useState takes one argument, which is the initial value for the variable being added to state. It returns an array of two items - the current state and a function for updating the current state. The syntax uses array destructuring to assign the items to whatever variable names we choose (the convention is to use [variableName, setVariableName]).

Using useState, we can finish converting our Game component into a function component (For simplicity, only parts of the component are shown. The full file can be seen here).

As you can see, you no longer need to use this.state.history. Instead, we treat history like a regular variable, because that’s what it is now.

So now we’ve successfully converted the Game component into a function component using hooks. But what would happen if you wanted to implement other features that were previously only possible with classes? For example, how would you implement side effects if you don’t have access to lifecycle methods?

To see how we can use hooks to handle side effects, let’s implement an API call to load a previously unfinished game. We want this call to be made when the Game component initially mounts. Using class components, this would be done in the componentDidMount lifecycle method.

As you will have guessed by the section heading, this can now be done in React using useEffect. This Hook allows us to perform side effects in our component. As the docs put it, “You can think of useEffect Hook as componentDidMount, componentDidUpdate, and componentWillUnmount combined.”

So how does it work?

useEffect takes a function as its first argument and calls that function each time the component renders. So now when our Game component first renders, it will call this function which will fetch the saved history and load it into the state. Let’s open up our app and see if it has worked.

However, once we start playing the game, we run into a problem (some of you may have predicted from my earlier comments what this is and how to fix it).

The function we passed to useEffect is called after every render. This means that it will be called after the first render (which we want), and then again after every re-render (which happens every time someone makes a move). So every time someone makes a move, the component requests the saved history from the store and reloads it, erasing any moves that have been made.

To solve this problem, useEffect can optionally take a second argument:

This second argument tells React “to only apply an effect if certain values have changed between re-renders”. This would usually be done in classes by writing a comparison with prevProps or prevState inside componentDidUpdate.

If we pass an empty array, no values within that array will ever change after a re-render, and therefore the effect will only be called on the initial render. This might seem strange to those who are used to the React class lifecycle methods but, as Ryan Florence points out, the correct way to think of the second argument isn’t in terms of which lifecycle method the effect should occur in, but in terms of which state the effect should synchronize with (in this case, no state).

This functionality begins to give us a glimpse of the real benefits of hooks. With classes, the side effects were separated in code by the lifecycle method that calls them. For example, in componentDidMount, we may be subscribe to an event listener, and then unsubscribe from it in componentDidUnmount. With hooks, these two related tasks are brought together in the code. As Dan Abramov put it in his “React Today and Tomorrow” talk, “with Hooks we separate code not based on the lifecycle method name but based on what the code is doing.”

Looking at the current code, you may have noticed something. When we were using class components, each action which triggered a change to the state would only have to call one function, setState. Now we have to call multiple functions, which gives the incorrect impression that each of these setFoo functions are not related.

For example, when a move is made, the updates to history, stepNumber and xIsNext are all part of the same action (i.e. if only one of the variables updated but not the others, the game would be in an invalid state). But each are set in a different function (setHistory, setStepNumber, setXIsNext) which can make them appear separate.

For this reason, Dan’s first suggestion at the end of the interview is to “refactor it to useReducer to centralise the state handling logic.” useReducer works in a similar way to Redux, but handles state on a local level instead of at a global level.

useReducer takes two arguments: a reducer and the initial state. The initial state is straight forward - it’s the same object that we set the state to in the constructor of our component when it was a class component.

The reducer is a function of type (state, action) => newState. It takes a state object and returns a new state object based on the action. In our current application, we have three different action types: make_move, jump_to and load_game.

We can then call useReducer. In the same way as useState, this returns an array which we can destructure to give us the current state and the dispatch function.

Now, whenever an “action” occurs, we simply dispatch that action and let the reducer handle how the state is updated. In other words, we have decoupled the expressing of “actions” that occur in our component and how the state updates in response to them. For example, the jumpTo function now becomes:

Conclusion - But what’s the point?

And we’re done! We’ve successfully managed to convert our class components into functions, handled side effects, and decoupled our “actions” from the state updates. The final result can be found here.

But now you may be wondering, “But why did we have to go through all this trouble? We could already use features such as state and side effect with class components.”

While there are advantages of being able to use functions instead of classes, the real benefits of Hooks come from being able to extract stateful logic out of the component into a reusable function called a custom hook. In the words of Dan Abramov, “Custom Hooks are, in our opinion, the most appealing part of the Hooks proposal.”

Now we're hooking: Redux catches on
Earlier this year React released hooks, shaking the codebase of developers all over the world and changing the way we write React web applications. Functional components with hooks have largely replaced class components and now Redux has followed. 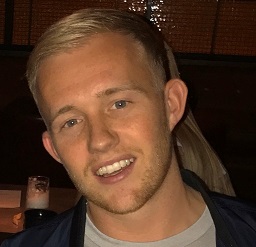 Tom Hands · 22nd  Nov 2019 · 3 min read
Ruining React's Performance with Redux
Developing with Redux makes managing your React state easier, but if not integrated correctly it can remove key advantages of using React, wrecking your application's performance. This blog will outline how I managed to create a painfully slow React app and the steps took to correct it.