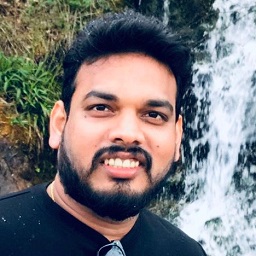 This article aims to provide an understanding of the concepts and the implementation of test automation. I will use every-day language and avoid overly complicated terminology to build confidence in those making a start in test automation.

WARNING: There is a danger that you might want to add automation to your skill set after reading this!

My thoughts on the automation role

It’s been my experience that the person who does the test automation role, is someone who has augmented their manual testing skills with software development skills. There may be an expectation from the other feature team members that the automation engineer has good programming knowledge and understands the technical stack.

When I started working on test automation I was really excited and enthusiastic to learn everything I possibly could about tools, coding, and development. One day, I realised that because I was spending so much time focussing on the technical elements of the role: understanding the technical stacks; learning new programming languages, I was leaving my valuable testing skills behind.

With this in mind, I started balancing my time between technical and testing skills equally so that I did not get lost in the technical haze and lose my core testing skills. I started thinking about identifying what and how to test, calling out risks, providing relevant information instead of automating every test.

In my opinion, the person/team who does test automation should have a *basic understanding of the programming language that is being used for development. This is so that one can understand what the developers have written and should be able to check the flow of the algorithm. Pair programming with a developer would always help with this.

A test engineer with the ability to automate tests should keep the spirit of a tester and be clear in covering tests rather than getting lost in a technical haze. Like other testers, they need to spend time learning about testing skills by working with other testers, attending conferences and researching about testing.

*What is a basic understanding of a programming language?

What is test automation?

Test automation is the process of writing, executing, reporting and maintaining the tests using a set of tools.

When don’t we automate

“Hold on a moment… when is it required?” It’s vital to have automation in place to protect static behaviour against unwanted changes either in functional or non-functional areas when new features or code changes are implemented. This can be fed into a CI/CD environment and reduces the need to manually recheck that behaviour is still correct.

This means that every time there’s a fix implemented or change in code the tests needs to be executed again and again to validate behaviour. This could be as minimal as 2 tests or 1000+ tests. It would take hours, days even weeks to complete regression testing on the entire test suite. In such a situation, it is better to have the automation pack ready to trigger the build and let the tests run without much human interference.

Test Automation can be the best option for following testing types:

What is a Test Framework?

During the course of my whole career, there have been differences in the test automation framework that I’ve used for each project. It changed the project by project based on the needs of the team and the software being developed.

Frameworks are built by analysing the purpose of automation testing for the project and applying suitable test techniques. To be more specific it is the working style of writing, running, reporting and maintaining the tests. In your agile team, you are always open to seek help and suggest improvements to your team. So why not pair up with developers to have a conversation and make recommendations on this?

I have added some simple descriptions below which are quite easy to understand and compare with the projects you are currently working on or will be in the future.

What is an automation tool?

“How to select an automation tool?”

This is another thing where some testers can feel panicky, but it is as simple as seeding a plant. A test automation tool is a robot or an agent that has some features to understand your commands and process them. For example, in a UI test, you ask the selenium web driver to:

Each tool has support for various languages such as Java, C#, JavaScript, Python, Ruby, etc. so it’s good to have some knowledge of a programming language for automation, but not to the same deep level of knowledge that a programmer will have! For writing automated tests using various frameworks, having a breadth of knowledge is more useful than a deep depth of knowledge.

Editors: The editor is where we physically write our tests. Example: Eclipse, IntelliJ, Visual Studio or even notepad works well

Test Practices: Style of writing your tests which would typically include: when and how you are writing tests. Some examples are: BDD, Test-driven development (TDD)

Repositories: Development code and our tests can be stored in shared repositories Some examples are: Github, Bitbucket

Continuous Integration: Execution and reporting of our tests can be part of Continuous integration build pipeline Some examples are: Jenkins, TeamCity

Test Data maintenance: Test data ( constants and elements ) can be stored and maintained in the independent page objects or within the test scripts created. Storing the data and constants outside of the tests means you only have to update one location if this change (rather than change every test individually). Test data can also be stored in YAML, JSON, MS Excel, XML, CSV, DataBase

Libraries: Libraries are used for enhancing the test automation process especially to run and report the test results. Some examples are: JUnit, NUnit, TestNG

Having the skills to configure tools, runners and libraries inside of an automation framework are very useful to an Automation Engineer.

Those who write automated checks are still testers…

Remember that all test automation engineers are also test analysts. Every automation tester must be able to write test cases for increased functionality and product test coverage. Testers with good manual testing skills will be able to identify the scope for an Automation pack. However, the person with test automation skills would be able to take these cases and with relative ease be able to automate them.

There’s an ongoing demand for testers with the ability to automate their testing work. Many clients are looking out for these skills to aid with agile testing and CI development.

Nearly every automation tool on the market has its own syntax and uses a different programming language. This means there’s no such thing as a single “automation skill”. Instead, a tester needs to get hands-on with multiple languages, get exposure to different coding practices and learn how to collaborate with developers and understand the technologies.

By learning about and using many different types of tooling and programming it is possible to build an understanding of the general principles of such tools. This knowledge can then be applied across different frameworks and projects.

Be a jack of all trades, develop a breadth of programming understanding across a number of languages and tools, rather than being a master of just one.

I hope this blog is energising you to motivate yourself moving towards test automation and enjoy the new learning to explore future automation.

Some good links for learning automation:

Be slow but steady, just like a tortoise. This way you reach your aims easily and in an impactful way.

Callum Akehurst-Ryan · 10th  Feb 2020 · 7 min read
The Pitfalls of SIT
System Integration Testing can often be very complex. This article aims to explore some of the common pitfalls of SIT and aid in preventing or overcoming these.

Sai Kondru
I am a Senior Test Engineer with 9+ years of experience mainly in medical research and publication, and banking domains, with a strong manual and automation testing background. I have experience in leading test automation approaches for both frontend and backend technical stacks using a variety of frameworks. I frequently train others in the use of automation tools and languages in order to demystify the automation process.