According to a Cambridge University study, the average developer spends 50% of their time finding and fixing bugs.

Bugs suck. However, they are also inevitable.

Unfortunately, the amount of time spent battling bugs increases as the codebase grows, but not always at a linear rate. Dan Abramov introduced a metric to think about this called “Bug-O” notation:

Large, complex codebases are the perfect culture for one bug in particular: invalid-state bugs. These are easy to introduce and difficult to detect before it’s too late. Fortunately, they can also be tamed by a tool that has been around for over half a century.

A finite state machine is a mathematical model where an automaton (or in our case, an application) can exist in one of a finite number of states. For example, in the game of Pacman, the ghosts can exist in one of three states: chase, frightened, or dead. 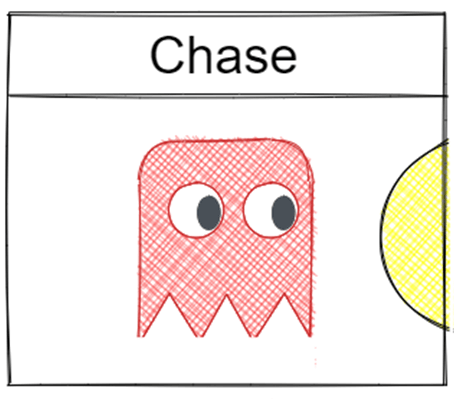 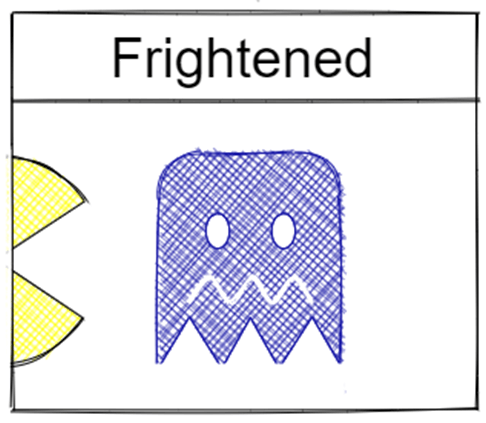 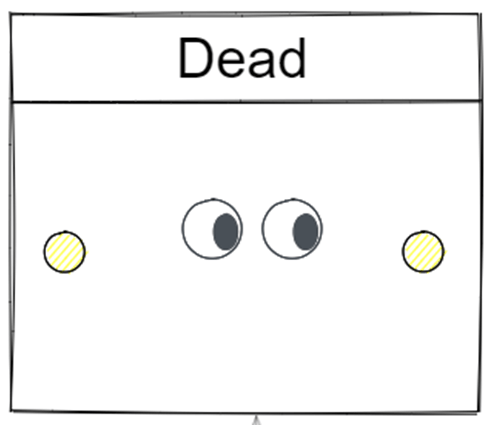 The application always starts at some initial state, and transitions from state to state based on events. So the ghosts always start by chasing Pacman, until Pacman eats an Energizer, which causes them to transition to the frightened state.

Every application is a state machine. If we don’t think so, that usually means the rules determining what valid states are and how those states transition between each other is not explicitly defined.

“Implicit state machines are dangerous because, since the application logic implied by the state machine is scattered around the code base, it only exists in the developers’ heads, and they’re not very well-specified. Nobody can quickly reference what states the application can be in, nor how the states can transition due to events, nor what happens when events occur in certain states, because that crucial information is just not readily available without studying and untangling the code in which it exists.”

Looking back at our Pacman example, a naive approach may be to control our Pacman’s state based on two booleans - isAlive and isFrightened. Let’s see how this would map to our states:

Uh oh. Instead of three possible states, a fourth one has appeared. This kind of problem can easily slip into your code and be very difficult to spot. This would be handled differently by our application depending on which boolean we happen to check for first, which may not be the expected result.

To show this, let’s use an example of the code we might use to render the ghost:

In both of these situations, we would expect the ghost to be in the “Dead” state, but instead it’s in the “Frightened” state. This is because our code happens to check the isFrightened flag first. There’s nothing explicitly tying the isFrightened and isAlive flags together, so it is easy for events that should toggle both flags to only toggle one.

Perhaps more dangerous, if the transition between these states is not explicitly defined, unexpected interactions between states and events can occur. Invalid transitions between states can become possible. This is likely what caused the FaceTime bug, which allowed users to video call someone and listen to the person at the other end before they had accepted the call. As the codebase size grows, testing all possible edge cases becomes increasingly impractical.

What does this look like in terms of Bug-O? Our current model contains three states, and four events.

With an implicit finite state machine, any event could interact with our app in any state. This gives us 3 x 4 = 12 possible interactions to consider. This number will grow polynomially as the number of states and events grow.

We Are Not Smart Enough For Complexity

The problem, then, is not the software, but our biological hardware. Have you ever been shown a bug and thought, “Ah, how did I not think about that edge case?”

If anyone could understand how humans think, it was Herbert Simon. Winner of the 1978 Nobel Prize in economics, he studied many subjects, including organizational behaviour, business administration, economics, cognitive psychology and artificial intelligence.

Simon argued that human rationality is “bounded”. The world is too complex and uncertain for our minds to fully process.

Luckily, evolution created a solution. We deliberately restrict our choices to reduce the complexity of the problems we face.

For example, if you were playing a “hyper-rational” being at chess, they would be able to visualise all the possible moves and calculate the likelihood that you would make each move. But, Simon shows, there are around 10120 possibilities in an average game of chess, so this approach would be impossible for mere mortals.

Instead, chess masters use rules of thumb (heuristics) to focus on a smaller number of possible moves. This reduces the number of scenarios that need to be analysed, even if the “optimal” move maybe have been excluded.

Similarly, programmers are not hyper-rational computers (as much as we like to think we are). We aren’t able to store every possible interaction of a non-trivial app in our mind, nor should we have to. The blind spots of our understanding are where invalid state bugs can slip in undetected. Therefore, the solution is to place restrictions in our code using explicit rules, to reduce the complexity we face.

We’ll define valid states, events, and the interactions between them. To make this easier, we can draw a state diagram to visualise the allowed behaviour. 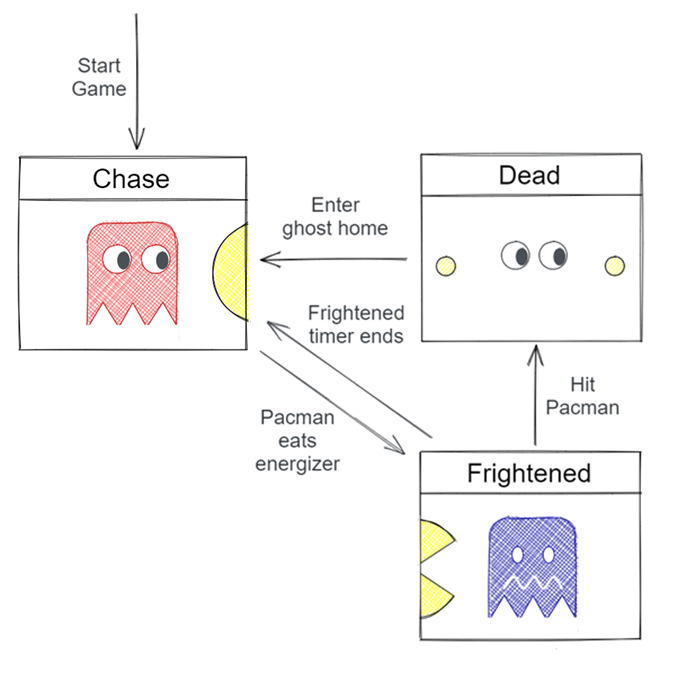 For each state, we define which events will cause the state to update, and what the new state will be. If an event occurs and the state hasn’t defined a valid transition, then the logic ensures no change will occur.

This prevents any invalid states from occurring. We no longer need to consider what would happen if isAlive is false and isMoving is true because only explicitly defined states can exist.

If a new event is added, we don’t need to worry about how that event will interact with each of our existing states. They will ignore the new event unless we explicitly tell it otherwise. Therefore, the Bug-O growth becomes linear, instead of the polynomial growth we saw previously.

The idea of using explicit state machines in your application has existed for over half a century and has been essential to the success of several industries. They can be used to control the high-level state of the entire application or the lower-level details in specific components.

Using explicit state machines won’t remove all your bugs. Attempting to access properties before checking something is null will still catch you out (or is that just me?). But they can help you keep the number of bugs from growing out of control and slowing you down as the codebase grows.