The Inside Track: How established talent is recruited by Scott Logic 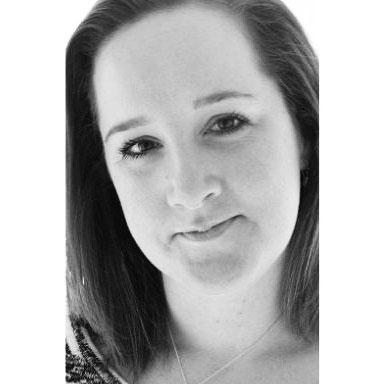 I have discovered the paths that lead to recruitment at Scott Logic can be very different. For instance, there is a defined ‘testing’ process for graduates – you can read about it here – but for established talent such as myself who have been working in the sector for many years, it’s far more interview-driven.

It’s why I wanted to put together this blog, which details my experiences of the recruitment process from initial contact through to securing the job – with a lockdown in-between.

For established talent considering a job change, I hope this gives you a very clear idea about what to expect, plus why it soon became obvious to me that Scott Logic was the right place for my career, and could well be the right place for yours too.

I started talking to Scott Logic in December of 2019. I was being very specific with my job search as I knew that I didn’t want to work for a company that was like my current employer. To be clear, I loved the work there but wasn’t a big fan of how it operated and its lack of strategic direction. As a Scot, I was also keen to work for a company with a Scottish customer base as some of my past jobs saw me working away from home three out of every four weeks, and that really was too much.

After going through a screening process with the Scott Logic recruiter, I had a series of interviews. The first was a telephone interview that explored my experience. Next, I was invited in to meet Stuart Grey who heads up consultancy at the Edinburgh office and Chris Shackle who is heavily involved in client delivery. It was very much a competency-based interview that deep-dived into my experience in exacting detail; at one point, I even began whiteboarding to get my point across, which I’m sure they weren’t expecting!

The majority of my interviews had been completed come March last year and I was all set for the final two. Alas, three days later, Scotland went into full lockdown. At this point, Scott Logic decided to pause recruitment, including my application.

I kept touching base with the company because by this point, I had decided I would love to work there. Once recruitment opened again eight months later, the two final interviews were booked in. The first was with various personnel including Matt Phillips, delivery director, and Richard Edwin, a principal consultant, who both wanted to know how I would manage different scenarios based on my past experience and knowledge.

The second interview actually turned out to be the scariest part of the whole process because it was just an informal chat; there were no obvious questions I could plan or prepare for, which I really wasn’t used to. However, it turned out to be a really productive experience as I was able to dig into the company and its ways of working more, and they could dig more deeply into what made me tick, all in a much looser, more informal setting.

Let me be honest here: I found the process challenging at the time and would always be exhausted after each interview. However, I did enjoy the overall experience as Scott Logic never once tried to trip me up. I remember during an interview with another company, I got this sinking feeling that they were hoping I would make a mistake so they could leap on it.

Most important, I would ask myself after each Scott Logic interview: “Would I like to work alongside that interviewer every day?”. And the answer was always “yes” as they had great ideas and were just really decent, open people. It’s why, when Scott Logic offered me the job four months ago, the answer was an obvious “yes”.

Since arriving, those really positive initial feelings about the company have been proven right. It’s a place where my experience is trusted and my opinion is valued. It means that I am looking forward to the road ahead. And just as importantly, I can enjoy having a job that has finally brought me back home to where I want to be – Scotland.

If you want to find out more about working for Scott Logic, plus its extensive range of benefits, head over to the Careers page.

Cat Koris
I am a Delivery Principal at Scott Logic. I am passionate about technology and driving transformation and innovation.

I am a seasoned expert, highly skilled at translating our customers' business needs into scalable and sustainable solutions, and driving those solutions to success. I have worked across both a traditional landscape and the core cloud platforms: AWS, Azure, GCP, Private Cloud, Hybrid Cloud and an ever-growing collection of best-of-breed tools.

I am a spiritual leader, I love building strong partnerships and thrive on empowering, supporting and coaching organisations, teams and individuals to success.