Covid-19 and the Internet 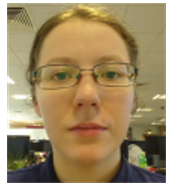 Covid-19 has fundamentally changed the face of our society, from the ways in which we work to how we socialise with one another. However, one side effect that might have flown under the radar due to how normalised it has become is the effect of coronavirus on our Internet usage. A recent Ofcom report found that in April 2020 - the height of lockdown - the amount of average time spent online rose to four hours a day. Some of this use is to be expected; the amount of video calls being made doubled and the use of group apps and Zoom also skyrocketed; but this reliance on online media also increased in other areas. For example, the report stated one in three now watch online video more than traditional TV, and two in five were content creators themselves. However, this is not necessarily a neutral phenomenon: studies have suggested that there is a deleterious effect on people’s mental health when they spend increasingly more time on the Internet. Rather than simply suggest people log off, however, I believe that it is important to analyse why this might be and make some suggestions towards a healthier relationship with our technology. This is especially important for generations who have never known a world without the Internet, as the line between the real world and the virtual world has become increasingly blurred.

There are a lot of reasons besides not being able to go outside that our Internet usage might increase: with websites like YouTube and Twitch providing an increasing variety of forms of entertainment, from Let’s Plays to livestreams, the web has effectively become a form of escapism. It can seem like a relief from many of the stresses of daily life, most of which have been exacerbated by Covid-19 and lockdown. Others have pinpointed times of extreme turmoil as when they relied on the Internet the most heavily - one writer reflected that losing a member of their family when they were young led them to seek comfort in watching videos online - in her words, ‘there was always someone talking, always music, always content’. And with no real boundaries between it and our daily lives, it can become tempting to simply not log off.

However, our relationship with the Internet is far from solely driven by external forces alone. Many websites are quite literally structured to be addictive - when their main form of currency is our attention, it becomes profitable to deploy whatever means necessary to keep eyes on the screen as long as possible. A Live Science article compared it to gambling - people compulsively seek unpredictable payoffs, which the Internet can provide in many forms: did someone like your post? Did your favourite content creator upload? Will there be something new and exciting the next time you check your phone? As Jaron Lanier, one of the founders of VR, put it: “that process - of becoming hooked on an elusive mirage - is addiction”. Then there are the pressures most likely to affect young people on social media - the impulse to compare oneself unfavourably to others due to the vastly increased exposure to celebrities on their feeds, or the unease stemming from an expectation to share every part of their lives online.

So what should be done? That depends on the problem being addressed, as people largely use the Internet in two different areas of their lives: for their work and for their private lives. For the former, advice is fairly standard: take breaks to stretch and look away from the screen at sensible intervals, and get away from the desk at lunchtimes.

But where should the line be drawn in our private lives? Some advocate unplugging from social media entirely - Jaron Lanier, as mentioned above, wrote an entire book with this premise. The Live Science article above recommends less severe solutions - for example, web-blocking tools that limit the time spent web surfing, or planning ahead exactly what you will use the web for and for how long. There are a number of apps available for this purpose, from timers to websites that can group together the most common links you might use in a day so you can go directly to the sites you actually need and minimise the chance of getting distracted.

I’d like to take a brief sidebar to mention some of the ways my own engagement with the Internet has changed. While I’ve never used the most popular social media sites, I have experienced an uptick of Internet usage due to being stuck indoors during lockdown, and most of my hobbies involve a computer in some way. As a result, I developed a tendency to default to YouTube as ‘company’ when doing other activities, since I find music or noise of some kind helps me focus. However, there are downsides to this - I’m less alone with my thoughts and I find that some of the content on the platform is almost disposable by design. There are channels with excellent content, but many YouTubers who sell their personalities above their production values often upload content as often as once a day. I found that defaulting to the Internet as company while doing other things meant I wasn’t separating work and relaxation, and I was making less time to enjoy art that takes longer to produce, e.g. my pile of unwatched DVDs. As mentioned before, this is symptomatic of the style of the addiction the Internet encourages - run the slot machine and see if there is anything new to engage with - but it arguably also has deleterious effects on content creators on various platforms, as many have faced creator burnout.

This topic is far, far bigger than me, but I would like to encourage anyone reading to take a moment to consider their own habits, especially how they might have changed due to lockdown. The ubiquity of the Internet happened so quickly - from the rise of social media in my school years to seemingly most businesses having a website and an app only a few years later - that I failed to think of it as anything remarkable until encountering people questioning its place in our lives, some of whom have already been discussed above.

More than any of the advice listed above, however - where possible, consider just building some time into the week, whether a full day or just a couple of hours to completely unplug from the Internet. Or take a leaf out of Scott Logic’s page, where we have a Craft ‘n Chat meeting and pick up a hobby that doesn’t involve computers to exercise different parts of the brain.

I’m aware that these are noticeably individualistic solutions, but given that the Internet is (as yet) not subject to any real regulation, it’s as good a start as any to begin safeguarding our mental health.

A brief foray into the art (read: farce) of multitasking
It negatively affects all of us mentally and physiologically, yet we seem unable to stop. But are we really doomed to increasingly crumble under the weight of our workload, or can we change our ways to fit the agile world?

Cian McCormack · 19th  Apr 2018 · 5 min read
Finding your groove as they are (NOT) finding their shoes
When my off-spring were younger and needed me more, I struggled to find the time to learn, I struggled to work out what to learn and I struggled with how to break it down to make it manageable. This is the article I wish I had been able to find and read all those years ago for anyone going through that frustration today.