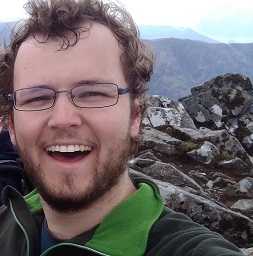 Whilst it’s no longer the newcomer on the scene, Rust continues to be very popular with developers and generate headlines. If you have ever wanted to learn the language, or just find out what all the hype is about, this post is for you. I’ll run through a variety of links to interesting resources to get you started.

A very good intro to what Rust is, why people want to use it and why your company should use it, is Jon Gjengset’s talk “Considering Rust”.

It gives a very good overview of the history of Rust, it’s features and and why you would want to use it today!

Of course any “Intro to Rust” will include a mention of the book. A free to look at and download, in-depth intro to Rust. Most people start their Rust journey with the online Rust book because it’s the most up to date.

The Rust book also has physical copies for each “edition” 2021 (not yet released), 2018 and “vintage”. Editions are Rust’s way of releasing features that are backwards incompatible. Therefore the latest edition is the one to go for if you have the choice, but any of the books will be able to give you a solid foundation in the language.

After, or while, reading the book I’d encourage you to explore the resources available at The Rust Learning Page. It covers multiple different books for learning Rust or learning particular ways of using Rust. The Rust by Example or the Rustlings course is a great supplement to the Book.

If you already have a particular idea for a project, these books might be of interest:

If cheatsheets are more your thing. This one has sections on how to write idiomatic rust but you might be better served in that particular area by the next link.

Finally, here’s a GitHub repo that is all about Idiomatic Rust. I would heavily recommend exploring the resources that they link to, as some of them can be deep dives into particular topics or cookbooks for certain tasks.

Once you have wrapped your head around the basics, here’s another set of interesting links to push your learning a bit further. Jon Gjengset (the speaker in the video above) is writing an early access book for intermediate rustaceans for when you have a grip on the language and want to do more.

Rust lifetimes can be a confusing topic, this article covers some of the common misconceptions.

Along similar lines, this article on Rust Ownership the Hard Way explains the underlying theory.

Strings in Rust can be initially confusing but this article about working with strings in Rust explains how strings in other languages are handled and why Rust handles them this particular way. An interesting read on the history of this data representation and how tricky language is to deal with in programming. Their other articles are well worth a read as well.

Matklad the person behind Rust analyzer (the IDE tool that helps with writing rust) writes great articles about Rust. Including ones on how Rust Analyzer works and articles on how to speed up compilation speed.

To understand more about error handling, you’ll want to read more about the Result type. The rust-by-example book helps with this. For more in-depth info on how to do it in bigger projects, this blog post for the error handling project and this blog post about anyhow and thiserror can help. Or you can dive into these popular libraries snafu and anyhow.

The Rust Patterns Book isn’t being currently updated but it has lots of info about coding patterns in Rust and is a useful repository of info.

A lot of folks ask if Rust is ready for certain projects or if it’s going to lose its steam and peter out. Luckily the Rust community provides websites showing how mature technology stacks are for certain tasks and companies showing how they are using Rust in production.

The series of websites Are We There Yet? details Rust’s ecosystem around certain key areas that can be worth checking out if you have a particular project in mind. There is a Mozilla Wiki Areweyet list detailing all the different websites with a similar list at UgurcanAkkok’s Are We Rust Yet.

In particular interest to what we do at Scott Logic:

Reports and stories about Rust in production are detailed by the Rust Production Users. Companies using Rust show and tell what worked for them and how Rust helped them!

Staying up to date

Once you’re up and developing with Rust, here’s a few pointers for staying up to date with the latest from the community.

I would recommend the weekly newsletter, This Week In Rust, it has a good pick of interesting articles every week.

The Rust Forum is a place to ask questions to the rest of the Rust community.

The Rust Youtube Channel is a very good resource with videos from lots of conferences which can provide lots of interesting lunchtime breaks.

I hope you enjoy learning Rust and getting engaged with the community! I started hearing about Rust after looking into Webassembly and have fallen in love with the language and community. It’s an exciting language that I’ve found teaches me a lot about programming and how languages work under the hood. I also appreciate that it allows me to write programs that don’t have garbage collection without being afraid!

WebAssembly 2019 Year In Review
I've been authoring the WebAssembly Weekly newsletter for just over two years now. As we near the end of 2019 I want to take the opportunity to share some of my favourite articles from the year.

Colin Eberhardt · 24th  Dec 2019 · 4 min read
WebAssembly - and the Death of JavaScript?
This talk, from JSMonthly, looked at what's wrong with the way we are using JavaScript today and why we need WebAssembly.

James Strachan
Hi! I'm James, a developer at Scott Logic with passion for language design and an interest in TypeScript and Rust. I also love a hike or a paddle.