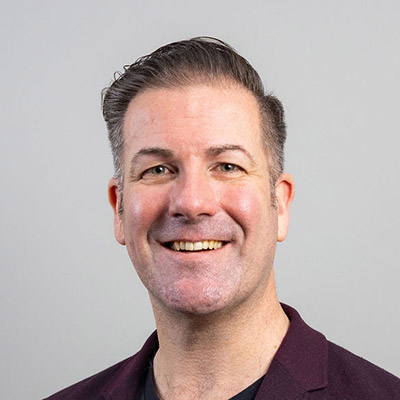 Last June, I wrote a thing to share with my Scott Logic colleagues what Pride means to me and why it still matters. You can read that post here – everything I wrote remains true for me today.

But whilst last year’s post was very much focussed on LGBQT+ history and the battles won in striving for equality for all, this year’s post is much more focussed on the now, and the future ahead. I’ve drawn inspiration from the theme of this year’s Northern Pride: Remember. Resist. Rise Up.

I’m starting this post for Pride with a story. I hadn’t intended to, but something happened last week that crystallised for me what this post is about. I was in Newcastle, on my way to Scott Logic’s HQ.

In the last 18 months, I’ve made fast friends and I genuinely feel I’ve been welcomed here. I’ve even started calling it my ‘second home’ – just don’t tell my husband (he barely tolerates the weather in our actual home in Derbyshire; the mere thought of moving north brings on genuine anxiety).

I like to walk through the city on my way to work and I was genuinely delighted to capture this image en route, a little reminder that this place has got my back:

Until some guy cycled past and shouted at me: “Nice shoes, faggot!”

Now… he wasn’t wrong. I did have nice shoes on (my special Pride trainers – you can check them out on my Twitter feed). And I am a gay man. So far, so much a Rhodes Scholar…

I’m making light of it. I shouldn’t. I was stopped in my tracks. Shock. Maybe a little fear… And then anger… how dare he make me feel this way? I recognised this feeling immediately; I didn’t feel safe. And sadly, being LGBQT+, it wasn’t the first time.

There were a few people out and about, but no one intervened or even made eye contact. What on earth had I done that had attracted such a violent outburst from this complete stranger? And what did he hope to achieve?

I shook my head. I muttered something about the cyclist’s obviously awful shoes (by contrast to my comment-worthy fabulous ones). And I carried on walking to work.

The here and now.

These are the things that as a member of the LGBTQ+ community we’re used to. And this is – by far – the mildest version of what we experience. I know things could have been much worse with only the slightest variation in circumstances.

Now maybe this doesn’t happen every day to me, but it happens every day to someone, somewhere in my community and it happens frequently enough that we’ve got used to it.

I know I am extraordinarily privileged. I live in a society that has generally, and in more recent times specifically, afforded me the rights that straight, cisgendered, predominantly-male citizens have had for centuries before me.

And apparently the exchange for these rights is that I have to put up with occasionally being called names by some idiot who feels my very existence is something to be called out, pointed at and reviled.

I don’t know about the rest of my queer family and friends, but I am sick to the back teeth of it. Usually, it exhausts me. Today I’m energised.

Whilst Pride is always a chance to reflect on how far we’ve come, this year I want to hear our voices being raised for all things we’ve yet to achieve. I want the guy who cycled past me this morning to know that it’s his repugnant views that need to be called out, pointed at and reviled.

The tomorrow we want?

Because the sad reality is that things aren’t getting better, despite the rights we’ve won.

By a number of objective measures, things are going backwards – and increasingly for the most disadvantaged or disenfranchised members of our community. If you’re a member of LGBTQ+ community, or one of our allies (thank you!), it’s important to know that the UK has fallen down Europe’s LGBTQ+ rights ranking for the third year running, and we are now more likely to be the victim of a hate crime (31% increase in reported hate crimes, 2020 v. 2017). And despite the rise in reported hate crimes targeting LGBTQ+ folks, convictions have fallen (21% reduction in convictions, 2017 v. 2020).

Remember Dr. Gary Jenkins who was brutally murdered in Cardiff by a 17 year-old girl and two men. They beat him and stamped on his head for over 15 minutes. July 2021. Only days after Pride last year.

Remember that the barbarous practice of “conversion therapy” is still permitted in the UK and the protections we were promised are being diluted as part of a larger culture war.

And remember on almost all measures, those who are not white, cisgendered male members of LGBTQ+ communities face way more discrimination. Stonewall reports on all sorts of inequalities and discrimination LGBTQ+ folk experience – every day – in all sorts of ways – in every part of our lives.

The future we make!

To adapt ​George Santayana’s famous phrase: those who cannot remember the past are condemned to see their hard-won rights eroded. So, this year I’m going to enjoy Pride as I always do… but with extra queer.

Remember: We should take a huge amount of encouragement from what those who came before us were able to achieve in the face of incredible opposition. There are those who would put us back in the closet, hidden away with no colourful trainers to enrage them to abuse.

Resist: We can’t let them. For ourselves. For our families. For our queer brothers and sisters. And for the LGBTQ+ kids who come after us.

Rise Up: We’re all we’ve got. And if those who came before us taught us anything when they rose up in front of the Stonewall Inn in 1969: when we come together, we’re formidable.

So, I’m going to celebrate Pride 2022 with a renewed sense of purpose and energy. And I’m delighted to say the same for Scott Logic. We have a packed programme of staff events to educate about LGBT+ history, celebrate LGBT+ role models, raise awareness of issues faced by the community, and promote discussion and understanding.

And I’d love it if you can join us for a panel discussion I’ll be hosting on 23 June on precisely this topic: Remember, Resist, Rise Up. I will be joined by this fantastic line-up:

Together, they will celebrate how far we’ve collectively come, share the work they’re doing to resist discrimination and injustice, and inspire us with practical ways we can get involved in rising up to face the challenges ahead.

When we come together, we’re enough.

You can book your place here to attend in person or via live stream. I really hope you can join us. And we want to make the event as interactive as possible, so if you have any questions you’d like to pose to the panel, head on over to Slido to post a question or upvote others.

And finally… I’m going to hold my husband’s hand and kiss him whenever I damn well want to… because if the cyclist this morning was offended that my trainers were a “bit too gay”, well… he hasn’t seen anything yet.

Pride 2021: We’ve come a long way, baby... but we’re not there yet.
Every year at this time, I celebrate Pride with my LGBTQ+ brothers, sisters and genderqueer family. For me, it’s a time each year when I come together with my LGBTQ+ family, friends (and those friends who have become my family) and allies in love and friendship. It’s a time when we can celebrate how far gay rights – our human rights – have come, but also recommit ourselves to the work yet to do. It’s a time when I remind myself of our history and the battles won in striving for equality for all, but also the ongoing need to teach tolerance and acceptance within our community and beyond it.

Steve Foreshew-Cain
I am Scott Logic's CEO, and have over 20 years of leadership experience from private enterprise and public bodies including ITV, The Co-operative Group and the UK’s Government Digital Service.