Moving to the Web

This post is an attempt to do the impossible, to try and give desktop developers a brief introduction to developing on the web. I say impossible because the web is such a vast topic. On one side sits stacks of bizarre and nuanced APIs, but on the other mountains of really useful resources and frameworks that help smooth over the cracks. I can't hope to cover even a small fraction of what exists, so I apologise now if your framework/resource of choice is missing. I've simply tried to give an ordered list of concepts to work through, in a way that I think I would find useful if I was first starting out on the web.

As a developer new to the web, there are two facts you need to know about JavaScript -

The best resource I know of for learning JavaScript is JavaScript: The Good Parts by Douglas Crockford. The book doesn't make any reference to the DOM, jQuery or any other APIs, it is just a reference book for the language itself, but don't let that put you off buying it - this is what makes it so good.

When starting out with the language, once you've covered the basics it is very easy to get distracted by the APIs. However, that way madness lies. JavaScript has at least 5 major gotchas (i.e. prototype, coersion, equality, this, scope) and I guarantee you'll run into them very quickly if you try to dive straight in.

Once you've read through the book, you'll probably be looking for an online reference resource (e.g. for Array.prototype methods). I recommend you avoid w3schools, its JavaScript reference hasn't been updated in years and some of the linked topics are just plain wrong. Instead I personally use Mozilla Developer Network, it has a well maintained, advert-free JavaScript wiki which is full of useful and up-to-date reference material.

These days it's likely, even just doing desktop development, that you've already come across JSON. The book covers it and it's relationship with Javascript in great detail (mainly becuase it was the brainchild of the book's author). I hope you don't ignore my advice on learning JavaScript but if you do, the bare minimum you'll need is a working understanding of JSON. JSON.org is a great resource for this and also for finding serialization/deserialization libraries for your server stack of choice.

In this list I'm only attempting to cover tools that help you write better JavaScript and not tools which help optimise/compress the code for production use.

HTML is going to be the one thing that I assume everyone has a rudimentrary knowledge of, if that's not you Wikipedia is as good a place as any to start. There's not really much to say here, other than to point out the new doctype on the block (this goes at the top of all your HTML pages) -

And the multitude of new semantic tags that have been added to save the world from div soup (i.e. using divs as the only tag in your page is a bad thing because it makes it very difficult for screen-readers, search engines and maintainers to interpret). There is a full listing of tags at HTML5Doctor along with explanations, examples and some other articles that are well worth a read. There is one gotcha worth mentioning, if you use the new tags in IE6-8 then they are unaffected by CSS, easy fix though just grab an HTML5 shiv.

I think after JavaScript, CSS is probably the second biggest stumbling block for developers starting out on the web. CSS looks simple, CSS should be simple but CSS isn't simple! Luckily the basics are easy enough though, and they are well worth getting your head around. 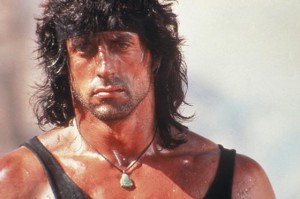 The best place to start is with selectors, a selector rule controls which elements the scoped style rules apply to. For once the specification is actually a good starting point. The specification I linked to is from version 2.1 which is now one generation behind the latest. The advantage of it being a generation behind is that it is widely supported across the browsers. As an aside, you should always try and apply as much styling as possible using selectors to target elements rather than setting style attributes directly on the element (discussion here).

Now that you can target elements, it's worth learning about some of the basics of positioning elements and while you're at it get floats clear in your head (sorry that was irresistible but truly awful!). Colours and fonts are pretty self-explanatory (unless you're trying to embed one) but the box model is a bit confusing. Oh and then there are all the vendor prefixed "CSS3" properties to worry about, and we've not even touched on cross-browser issues.

At this point with CSS I think it's worth taking a step back and looking at the bigger picture. You're an app developer, 90% of the time a standard clean layout will do the job. For the minority of cases where the design is important you're probably going to be working with a design team anyway.

The reason for my flippant attitude? By now you've hopefully realised that CSS can be a minefield and not something you want to be tackling when you first start out. Instead, once you've got your head around the basics, take a look at a project called Twitter Bootstrap. It's a CSS library that I thoroughly recommend that you use. As long as you follow the basic markup templates, you can mix-and-match the built-in styles to make standard clean looking layouts that work across all the popular (and most of the less popular) browsers.

I know of a couple of CSS tools -

If you've made it this far then I hope you've found it useful, or at the least picked up a link or two you haven't come across before. As the title says this wasn't meant to be in parts, but I've got a lot left to cover (browser debugging tools, the DOM, jQuery, its army of plugins and how to pick a web framework) and I need a coffee break...