I recently devoted some time to tracking down a couple of PermGen errors in a web application hosted on JBoss. After fixing the first leak I came up against a leak from the JNDI/LDAP implementation included in Oracle’s JVM. Both the Tomcat and Jetty web application containers provide factory-fitted workarounds, but unfortunately not so with JBoss. Since I struggled to find anything online, I had to come up with my own workaround. I’ve described it in this post in the hopes it may help someone else. 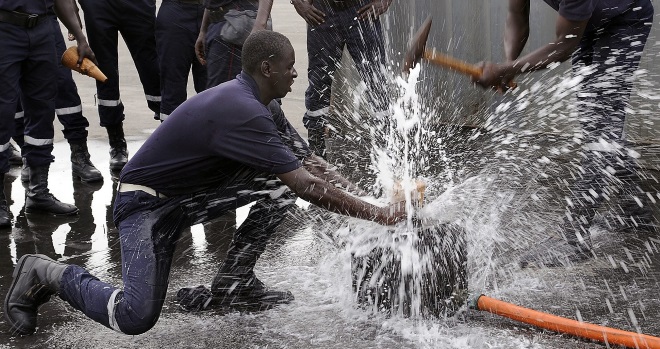 At some point during Java EE development it is likely you will encounter a dreaded java.lang.OutOfMemoryError: PermGen space. This article published on DZone provides a good background to PermGen leaks. All the leaks I encountered were due to long-running threads that continue after the web application has been undeployed.

It is very easy for such leaks to be introduced into your web application through the use of third-party or system libraries. A library may have a justified reason for starting a long-running background thread but since it cannot know the context in which it is used it is up to the web application to ensure it is cleanly stopped. This is typically done by calling a suitable close method provided by the library from a servlet context listener’s contextDestroyed method.

The JNDI/LDAP leak occurs when Oracle’s JNDI/LDAP service provider is configured to use connection pooling with a non-zero idle timeout. Under these conditions the JNDI/LDAP provider starts a daemon “PoolCleaner” thread responsible for closing idle connections, however this thread is long-running and there is no clean way of requesting it to stop. The PoolCleaner thread is started when the com.sun.jndi.ldap.LdapPoolManager class is first loaded which may happen if using the JNDI API directly, or indirectly for example through using the spring-security library configured for LDAP authentication. In either of these cases the LdapPoolManager class is loaded while the web application’s classloader is in context and is consequently set as the PoolCleaner thread’s contextClassLoader thereby leaking the web application’s classloader.

At this point it should be noted this leak only occurs the first time the LdapPoolManager class is loaded. Because this class is a system class it is only loaded once by the system classloader. Subsequent redeploys of the web application will not be leaked in this fashion, but the PoolCleaner thread will continue to reference the classloader of the first-deployed web application. While this makes the impact of this leak less critical in that the memory consumed by the leak will be finite, it will still impact the overall memory available to subsequent deployments.

Tomcat and Jetty both provide workarounds for this leak - see Tomcat’s JRE Memory Leak Prevention Listener and Jetty’s LDAPLeakPreventer. Both these workarounds function by ensuring the LdapPoolManager class is loaded up front by the application server itself which ensures the PoolCleaner thread’s context classloader will be initialised to the application server’s classloader. Unfortunately JBoss does not include this workaround. The most I’ve been able to find is this thread which seems to indicate there was no plan to add the workaround.

The workaround is misleadingly simple - invoke Class.forName("com.sun.jndi.ldap.LdapPoolManager"), however this must only be called when we know the context classloader is the system classloader. For this reason we cannot implement the workaround from within our web application - it needs to be done from within the application server.

My first attempt at applying the workaround was to make use of JBoss’s global modules. These are basically libraries that you can pre-install into your JBoss installation and which can then be accessed by web applications. This can allow for commonly used frameworks and libraries such as spring or hibernate to be installed and effectively shared across multiple web applications, avoiding the need for packaging these hefty frameworks with each web application. The JBoss documentation on classloading provides some limited information on global modules.

I implemented a workaround using this technique, however I was not happy with the solution due to the need for the web application to trigger the loading of the LdapPoolManager class.

I then discovered that JBoss supports extensions which offers the potential for a better solution that removes the requirement for the web application. An extension is packaged (and installed) as a JBoss module, but it includes the notion of a life-cycle - it is constructed and initialised when JBoss starts. This provides us with a chance to pre-emptively load the LdapPoolManager class ahead of any web application deployments.

My naive attempt at implementing an extension assumed I could simply load the LdapPoolManager class from the extension’s initialize method and add the com.sun.jndi.ldap.connect.pool.* properties to JBoss’s standalone.xml configuration file under the convenient <system-properties> element. This however does not work due to the unexpected way in which JBoss extensions are loaded - they are constructed and initialised before the properties in the system-properties element are made available. This means my extension loads the LdapPoolManager class with the default configuration instead of the configuration defined by my system properties.

My workaround therefore needs to plug into this subsystem parsing mechanism even though it won’t require any direct configuration. My extension registers a parser during Extension.initializeParsers(), and a subsystem definition during Extension.initialize(). The subsystem definition includes an add operation that is used when the parser encounters the extension’s subsystem element in the JBoss configuration file. By the time the parser is parsing the subsystem elements, the system-properties section will have been processed which means when my add operation is invoked, the LDAP properties I defined in system-properties will be available. My add operation implementation is therefore very simple and just loads the LdapPoolManager class.

I will not pretend to be an expert in JBoss subsystems, I based my implementation on the skeleton subsystem code that is generated when using the maven archetype org.jboss.as.archetypes.jboss-as-subsystem as described in the example subsystem section of the JBoss documentation. I have published the source on GitHub here. You can build the extension using mvn package. The resulting module is packaged under target/module and should be installed in your <JBOSS_INSTALLATION>/modules. You must then update the JBoss standalone.xml configuration file as follows:

The amount of time I’ve spent in hunting memory leaks and working out how to implement this fix for JBoss feels disproportionate to the value gained - especially since the LDAP leak in particular has a finite impact on PermGen space. It does however quiet the niggling in my brain that would otherwise keep reminding me that there is a full set of web application classes unnecessarily retained in PermGen memory.

This process has also highlighted for me just how easy it is to introduce a classloader memory leak without writing any dodgy code. For example, one of the leaks I found was due to a third-party library that in turn used Apache’s HttpClient. The third-party library should have offered an API through which it could be cleanly shut down when the web application was undeployed but it didn’t. Ideally the developer should not be required to be aware of the transient dependency on HttpClient, however in this case it is necessary in order to step in and call MultiThreadedHttpConnectionManager.shutdownAll() during undeployment. Since such leaks could be introduced simply through upgrading a dependency version, it is probably a good idea to pre-emptively profile for leaks as part of the development cycle.

My final Final Thought is that this LDAP leak and similar JRE leaks handled by Tomcat’s JreMemoryLeakPreventionListener become a non-issue if the web application is implemented as a microservice running in its own process.