Day by day - week one as a Scott Logic graduate

A record 19 new recruits joined our 2015 graduate programme which began with an intense and enjoyable week involving technology, tiaras and table football. Read on to find out more.

Grad Week started with an introduction to a raft of software development tools such as Maven, Grunt, Eclipse, Git, Node, Tomcat, Knockout and Less, before moving onto databases, namely MySQL. The week’s goal was revealed as the creation of a table football ladder, put together using all the tools and techniques that the week would feature.

The grads were paired up to decide how they’d structure the database, created it and practiced manipulating it. Sam, the experienced developer who put together the graduate programme said:

“Whilst relational database aren’t the most modern of storage technologies, we still find most of our clients are using them and it’s always a good place to start. Most of the grads have seen SQL before, but few have had the chance to use it in a real world setting and a little context goes a long way.”

A bit of teamwork was needed to break the ice as the annual ‘Greggs Challenge’ was tackled at lunchtime, resulting in an efficient tour of the city and the swift demolition of a mountain of sausage rolls, cookies and doughnuts. Once we’d come down from our sugar high, we spent the evening toasting a great start to our grads’ new careers at one of Newcastle’s popular watering holes, where they got to know us and the city a little better.

Newcastle’s Head of Development Rob said: “I’ve seen many of our graduates go on to achieve great things, often moving to senior positions within our project teams. I look forward to seeing what this year’s graduates achieve with us as they grow in confidence and experience.”

The morning was spent publishing the database to RESTful. The focus was on creating a persistence layer using JDO, which introduced our graduates to automated testing of a data layer.

Chief Operating Officer of our product business shinobicontrols, Stuart, then gave a highly interactive overview of the business and its components before one of the highlights of the annual Grad Week calendar - go-karting! 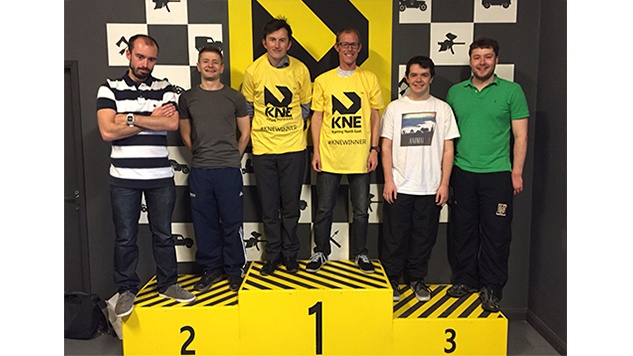 Returning 2014 intern Mila said: “I really enjoyed my previous placement and the atmosphere at the company, so am pleased to be back as a full-time graduate.

“The induction week so far is intense but really interesting. We’re working with lots of different technologies, many of which are new to me so I’m learning a lot.”

Although a little stiff from around 40 laps each and a few hairpin bends at 50mph from our go-karting the night before, our grads knuckled down to graft.

Ian, an expert in web applications who started his Scott Logic career on the graduate programme, assisted our new team members in creating apps to connect to RESTful services, specifically helping them focus on learning Grunt, RequireJS and Knockout.

Jack graduated last month from a degree in Computer Science at Newcastle University. He said: “Scott Logic is a prestigious company that really focuses on providing people with solutions. Compared to other software firms, here it’s more about the science. It’s more about the technology.”

By the end of the afternoon, each team had something resembling a table football application, which would evolve throughout the week into a more sophisticated piece of software. Before hitting the pitch for an evening of full-size footie, the afternoon saw the grads briefed on software testing at Scott Logic, which for many was the first time working with those who specialise solely in this skill.

Anna, a member of our User Experience (UX) team, devised a practical session which let our grads’ creativity loose. They experimented cutting bits of paper up and sticking them together in different ways as an introduction to the importance of design in the user interface.

Meeting our Technology Director Colin was a great opportunity to get a better understanding of the breadth of work our keen minds might get involved in throughout their Scott Logic careers. They learnt about CSS and Preprocessors. Less provided a focal point to the session as the grads are lucky enough to work with one of the technology’s authors, Luke.

Lauren, a maths and computer science graduate from Bristol, said: “I picked Scott Logic’s graduate programme because I’m really interested in applying the knowledge from my degree to a company where I can build great web applications.

“The week has been really good fun, not only because of the social side but, although intense, the work we’ve been doing has been really interesting and enjoyable. Everyone’s been really helpful. We’ve been given the freedom to get to know the tools and techniques without being spoon-fed, but people are always close by if you need help or get stuck on something.”

By the end of the penultimate day of Grad Week, everyone had a table football ladder that was both visually pleasing and functioned around the needs of its user. They then headed to the local pool hall for a bit of good-natured competition and some refreshments to round off the day.

A look at some of the more modern features of HTML5 focused on WebSockets to implement a ‘chat’ feature in the culmination of the week’s work - our table football applications. The systems raised a giggle or two as our graduates were surprised by a virtual Sam appearing on screen in real time chat to deliver feedback and ask questions.

Our grads were given the chance to individualise and embellish their table football applications before being grilled by our resident panel of technology experts. They were asked about the week’s tasks and technologies, and explained why they’d chosen their app’s specific features. 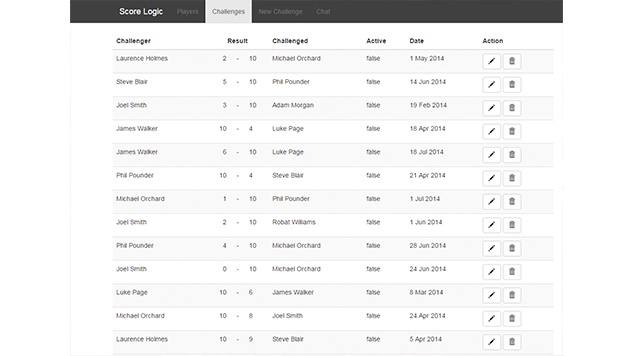 Judged on both the quality of their presentation and the appearance and functionality of the app, Jack and Lauren were crowned the best of the bunch and treated to a few pats on the back, as well as a customisable tiara each, at Friday bar - a monthly treat which is just one of the many perks of working at Scott Logic. 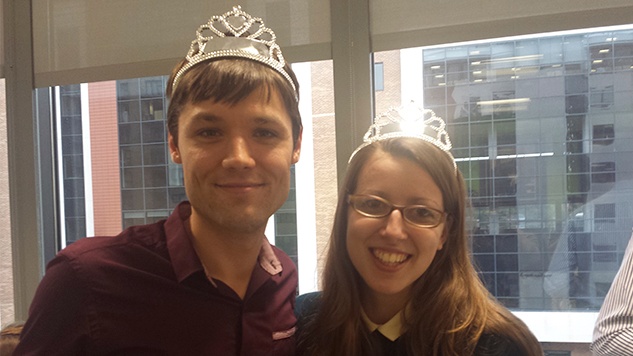 It’s great to have been able to welcome so many technically gifted people to the team. Week one is an important part of our Graduate Programme orientation, designed not only to build technical learning, but to allow everyone to enjoy themselves and get to know each other socially.

Our 2016 Graduate programme will open to applicants in October 2015.