A glimpse into our 2015 graduate projects

After a rather hectic first few weeks of induction, socials and technical training, our graduates are then handed the reins to run their own team projects. This is an important next step in the Scott Logic graduate programme, and consists of a six-week design and build project, with small teams working in a more real-life, professional environment.

In our Newcastle office we gave our new starters a loose brief to build a game: “Your game must be online, multiplayer, and incorporate WebSocket communication”.

Experienced developers were assigned to mentor each team, and introduce them to the standard working practices of planning, daily stand ups and automated build and testing, but the creative and technical direction was entirely up to the teams themselves.

At the end of six weeks, the teams wrote up and presented their games, the whole office tested them out. Here’s a taster of this year’s awesome entries:

Elixir Inc. is a cooperative, online multi-player game in which players must work together to defeat a virus which is threatening all mankind. Players can form their own strategy to win the game by training special units, such as doctors, scientists and soldiers. Each with its own benefits and drawbacks, the moral quandary surrounding the preservation of lives and containment of the outbreak make every turn vital to winning.

User authentication was securely managed using Google OAuth, while MongoDB maintains an up to date database of all saved games and score tables. Mongoose and Node.js were used in the back end of the application. To make the game less computationally intensive for the end user, Knockout was used. Communication between users and the back end was managed using socket.io.

Team member Jack said: “Everyone who works with software enjoys exploring their creative side. It was great to have the chance to make that fantasy a reality by building a game.” 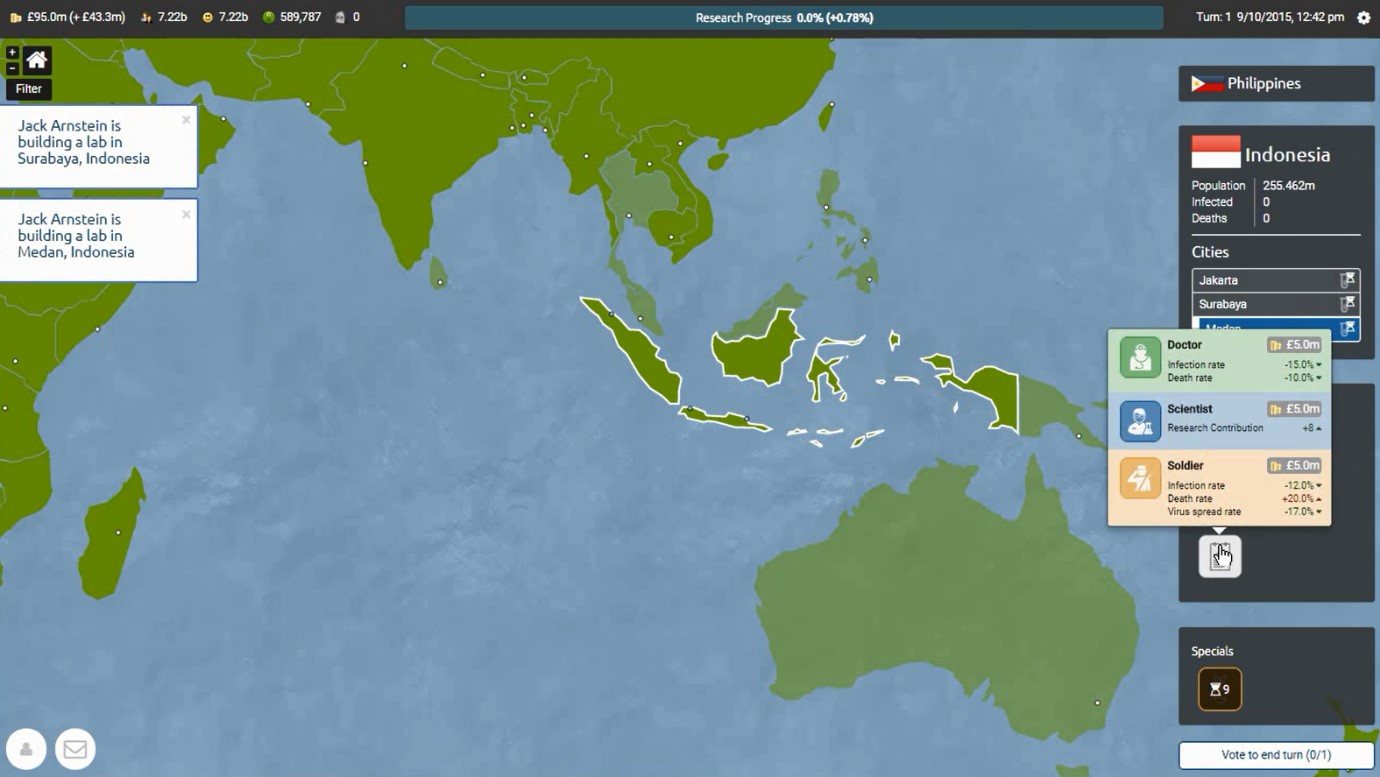 Bakery Defenders is a cooperative, multi-player tower defence game developed entirely in JavaScript. The aim is to keep the bakery safe from oncoming waves of hungry locals and other obstacles that appear periodically.

Players have to work together to build and upgrade towers made of pastries and cakes, that fire food-related projectiles to repel these periodic obstacles. The game was built using the Phaser.io game engine, with a Knockout.js front end and a Node.js back end.

Team member Jamie said: “Building the full stack from scratch meant we had to understand each other's’ strengths and preferences in terms of development, and delegate tasks accordingly.” 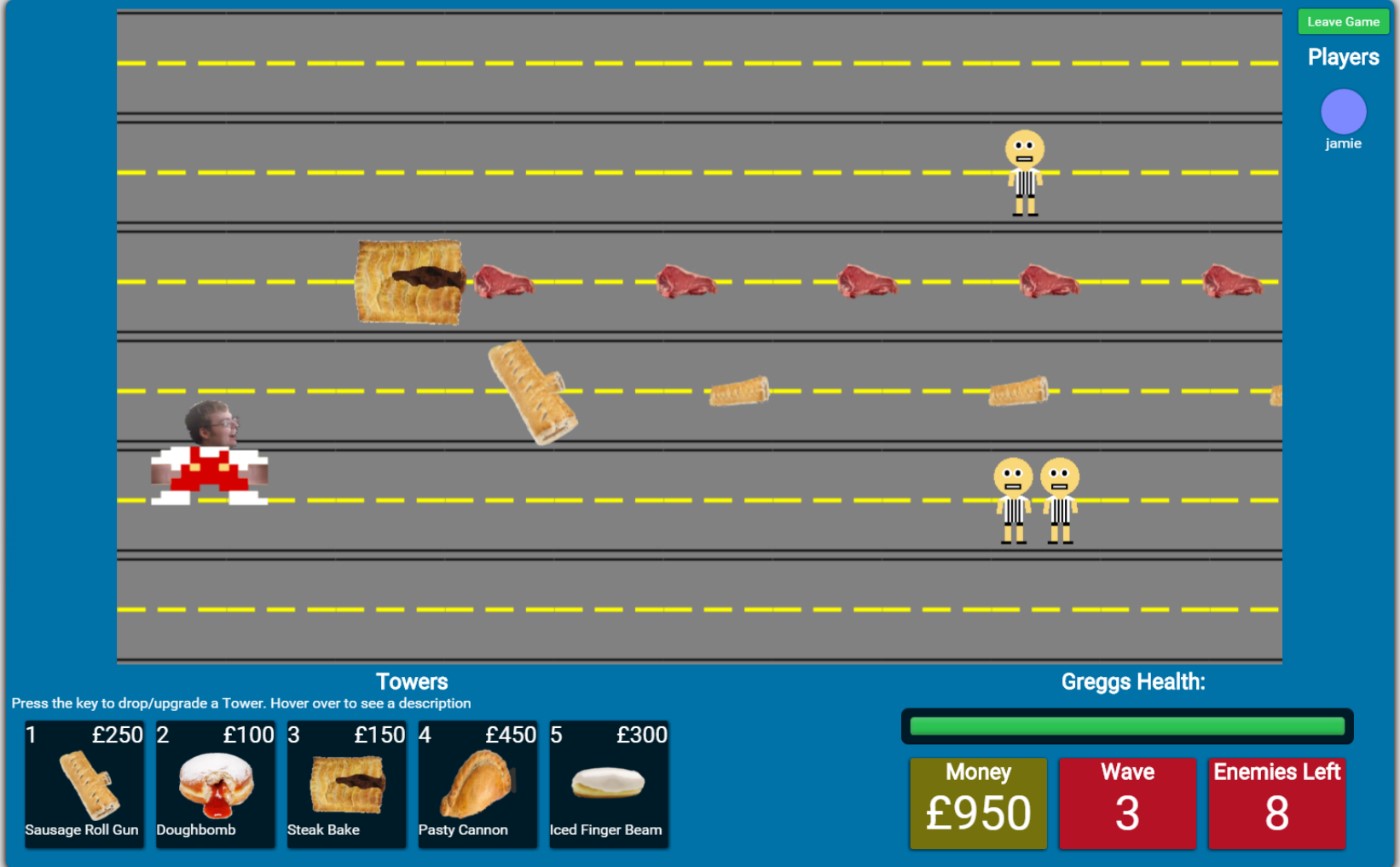 Grid Wars is an online, multi-player, Real-time strategy (RTS) game. A single game hosts between two and four players, each battling to be the last base standing. To achieve this, participants need to spend their resources on either ‘turrets’ to defend their own base or ‘tanks’ to attack other bases. Resources are distributed through the destruction of other players’ units and ultimately by gaining their resources, helping a player dominate the game.

Team member Matt said: “As a team of three we created Grid Wars from the ground up, giving us a full-stack experience of various technologies including Java (RESTEasy, Netty & MySQL) for the back end and JavaScript (Angular.js, Phaser.io & Socket.io) for the front end, some of which we hadn’t used before.

“The overall feeling from the group was that it was a fun and ambitious project to be involved in, that helped us learn in terms of both development and testing.” 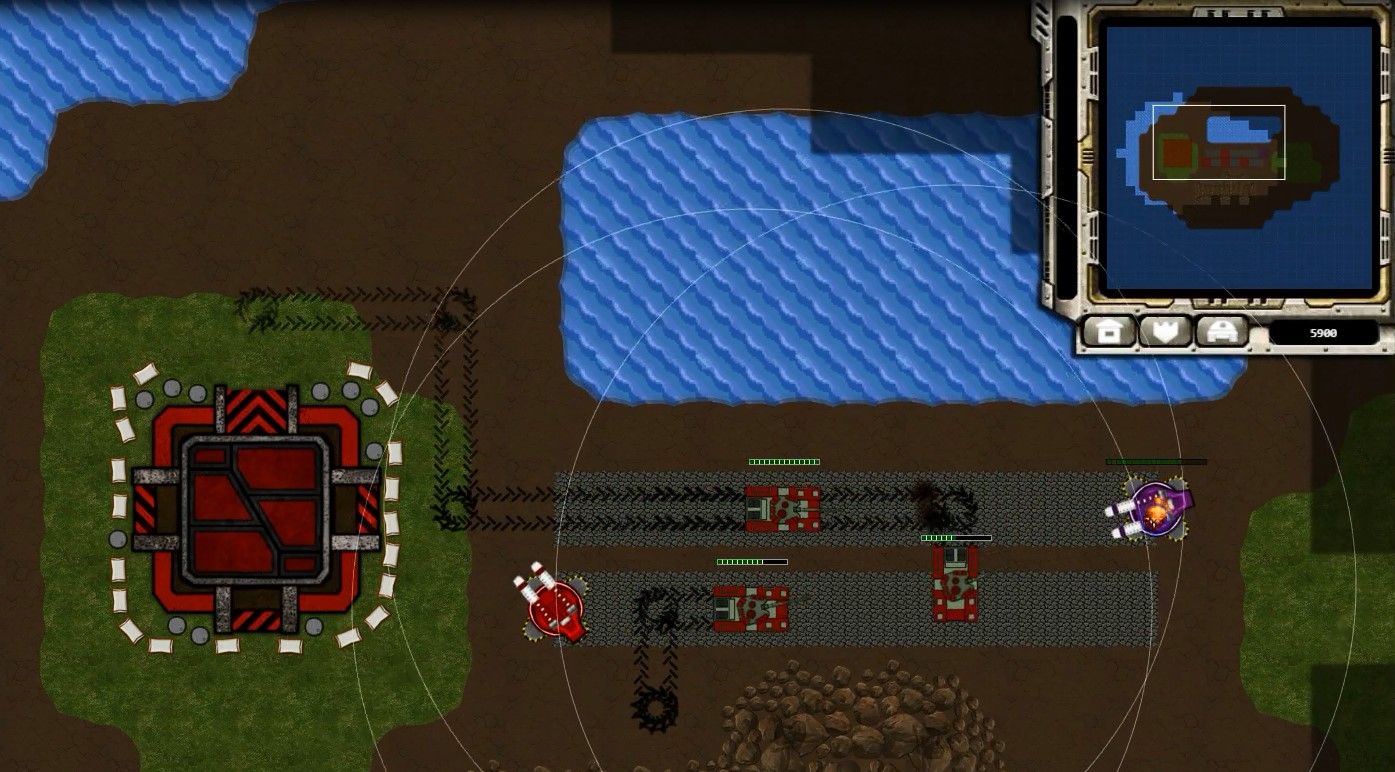 These projects are crucial to the development of our graduates, and also that of our business. Robin, one of our Lead Developers, explained: “As a rapidly expanding IT consultancy, recruiting the best new talent in the sector is key.

“We invest in putting our graduate intake through a structured induction programme each year, including projects such as these, as well as further training in current technologies and internal development work.

“This closely supervised work allows us to accurately assess their potential on an individual basis, and leads eventually to them becoming involved in client projects when we're fully confident in their professional skills.”

If you’d like the chance to explore your creative side with the support and encouragement of our experienced developers, testers and designers, why not consider applying to our 2016 graduate programme?

To find out more about previous graduate projects or our graduate programme, check out our careers website, and get in touch if you’d like to hear further detail.