Last week we welcomed 11 new Software Development and User Experience (UX) graduates to the second part of our 2016 graduate programme. Our graduates are placed across the different Scott Logic offices in Bristol, Edinburgh and Newcastle so grad week is a great way to bring everyone together and get them involved in a number of team building activities such as go karting, pool and of course going to the pub!

It’s also a brilliant way of preparing them for the sort of things they will be working on in the future. As part of the week they’re given an initial overview of UX, Software Development and Testing to ensure they have an overall understanding of what we do as a business. 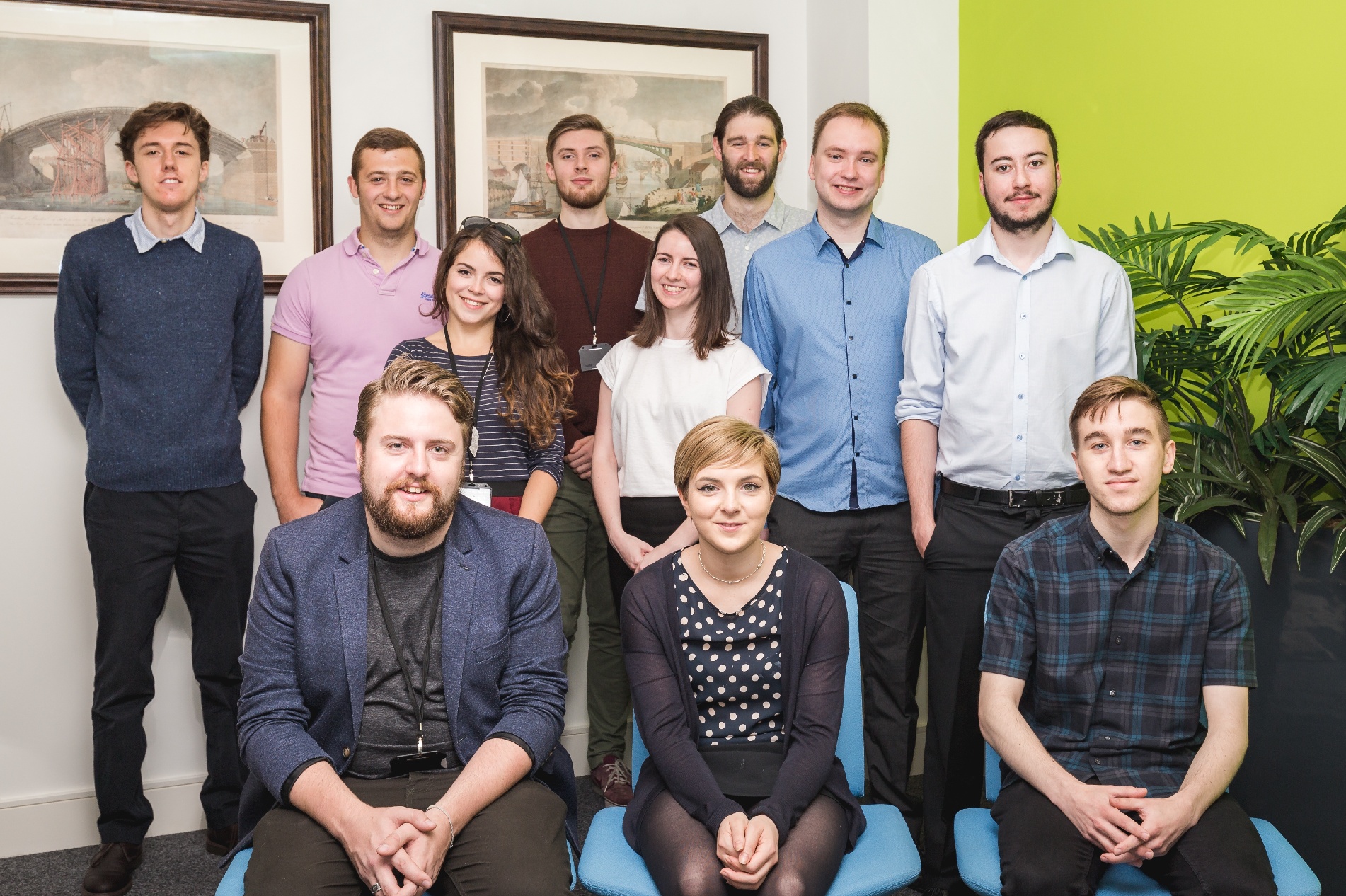 The day kicked off with an overall introduction to the company - exploring what we do, who we work with and the values that Scott Logic employees have in one way, shape or form.

They were also given an insight into the types of projects they could potentially work on in the future and what we have to offer at each of our offices in Newcastle, London, Bristol and Edinburgh.

The graduates were then given the interesting task of building a sturdy bridge out of straws. The bridge’s strength was tested with a number of different things including a BB-8, a can of beans, a toy car and a tool box. Of course everyone was a winner in our eyes … except maybe one team that evidently lost (see below). 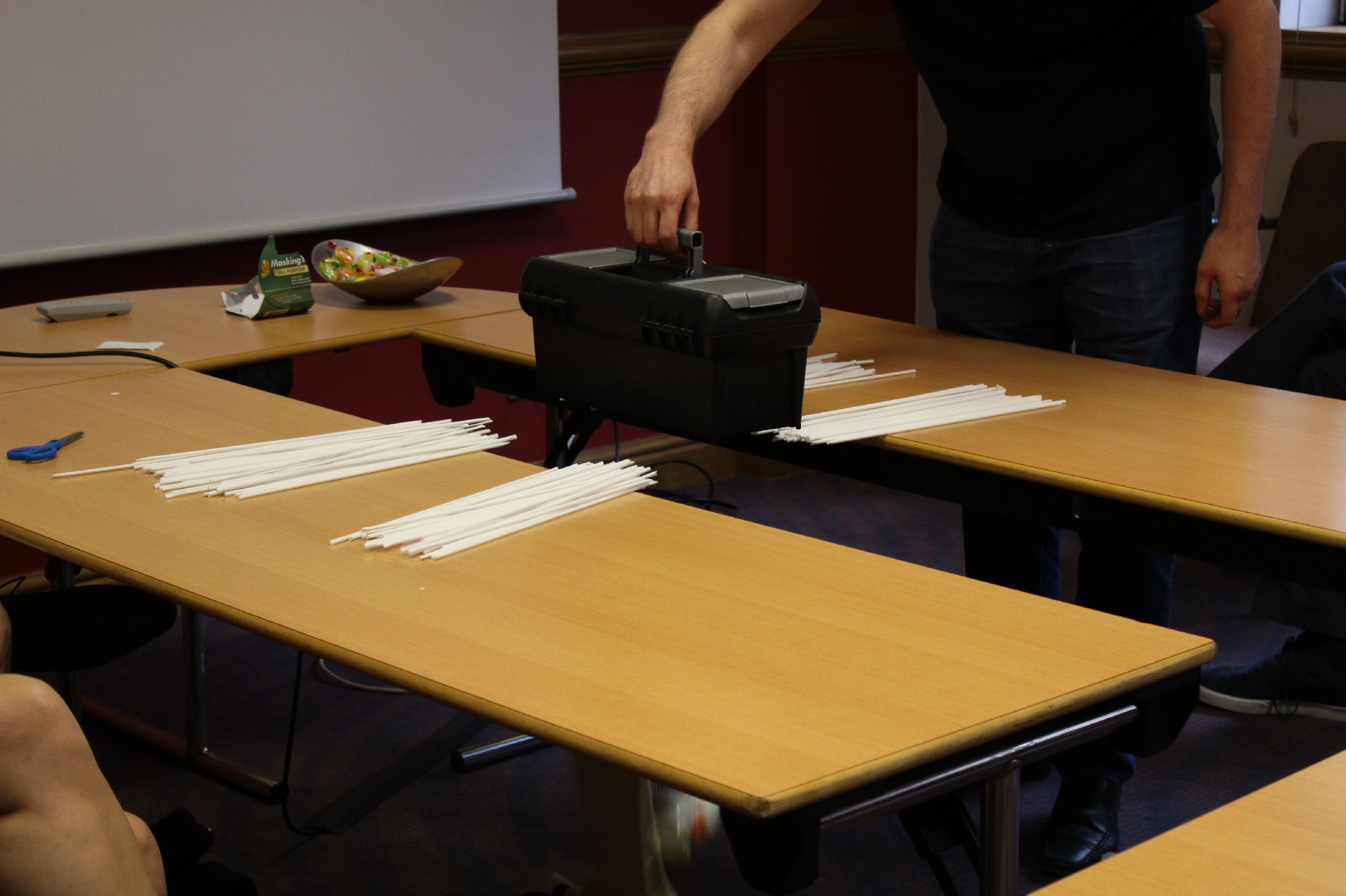 The second day started with the graduates delving into the Scott Logic values even further by creating models of what our values represent. We had a number of brilliant entries - you can see an example of some of the ideas below. Following that they moved onto learning about the world of finance where they hit the ground running, finding a major bug in a trading application straight away!

At the end of the day a group of us made our way down to Lane 7 in Newcastle for the Scott Logic Pool Championships. It was a close call and the 2016 graduates put up a good fight with some of them making it to the semi-final - but 2015 graduate Drew took the overall 2016 pool championship title beating Ashley 2-0. 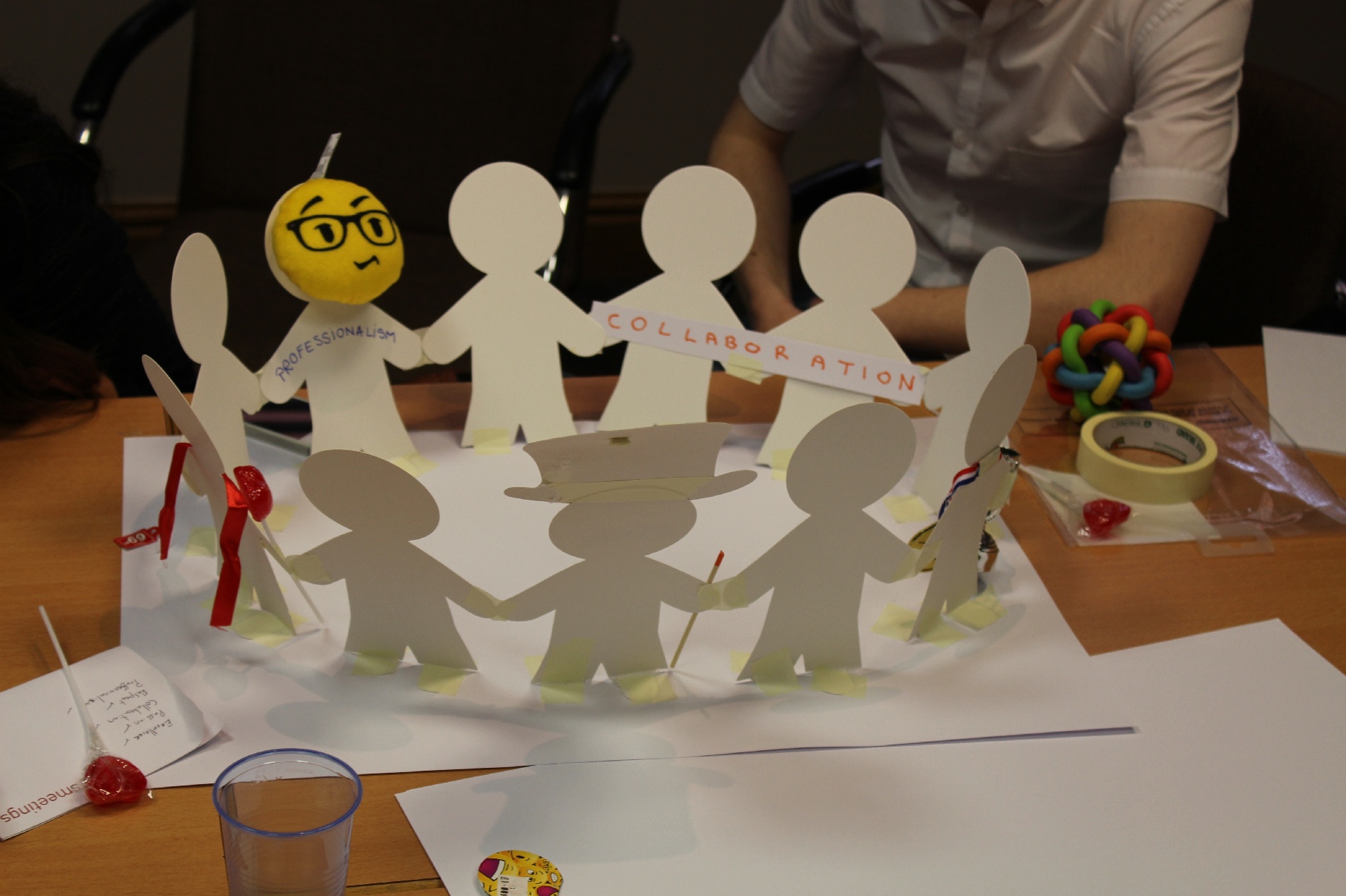 On the third day the graduates were given an insight into what the User Experience team get up to by creating designs for an FX trading application “GradTrader”. They were given an overview of the design process with a particular focus on the concept of designing for the user. Each group had their own user to design for, they produced personas, screen flows, feature lists and sketches for a final presentation. 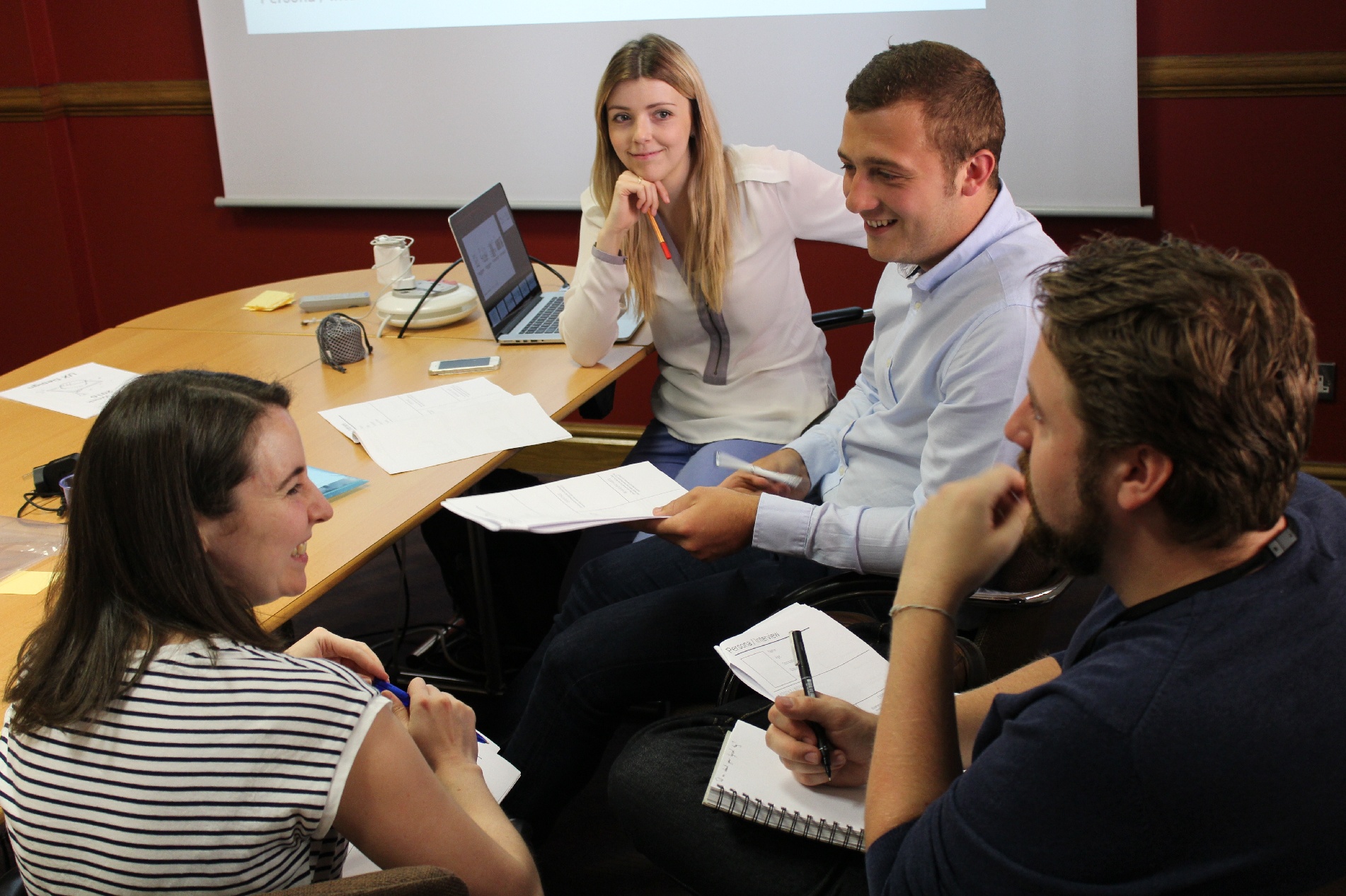 After designing GradTrader on Wednesday, the graduates were introduced to Software Development at Scott Logic. The day had a number of lightning talks on subjects like: Git, HTML5, CSS and D3FC. They were then set to work on GradTrader - the app had a number of purposely placed holes in it, their task was to find and fix them.

The day was finished with the obligatory grad week go karting session. Unfortunately a huge rain cloud decided to pass through as they were on the track but  they didn’t let their drenched clothes dampen their spirits. Well done to Jonathan Hodges who was the overall winner and was rewarded with a rather oversized go karting t-shirt!

Returning 2015 intern Georgiana said: “This week was really enjoyable - getting to know new people and working in teams to solve various small tasks was really fun. We've also had the chance to get a better insight into the company's history and values as well as explore new technologies. Everyone was really friendly and very helpful.” 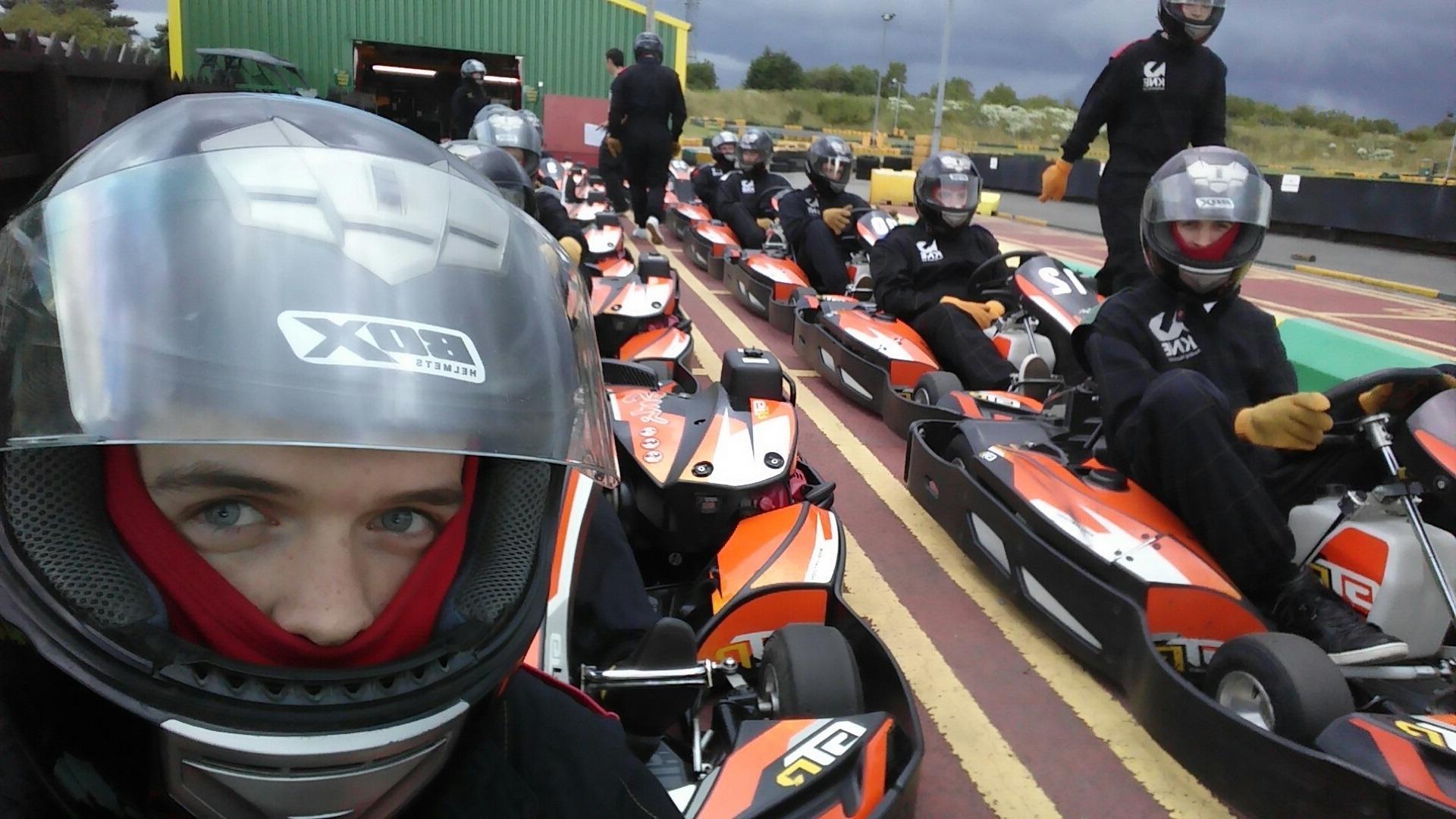 On Friday our Test Engineer Hannah was ready to inform the fresh faced graduates about how Scott Logic approaches testing. In the morning they focused on manual testing: she got them to think outside the box when creating mind maps and to test ideas for GradTrader. They then went away and tested using the heuristics and test ideas they’d produced.

In the afternoon they focused on integration and e2e testing and they wrote their own automated tests using what they had learnt in the morning. At the end of the day Hannah started them off on a “bug hunt” with prizes for the team that found the most interesting bug, and the team that found the most bugs. One team found 19 bugs in 20 minutes, and another team found that the graph in the application went back past the 1800’s, when we are pretty sure one of the currencies in question didn’t even exist…

Finally, the week was finished off with a well deserved pint at the Town Wall in Newcastle.

One of our Consultants Sam, who put together the graduate programme said: “It’s been a great week for the grads to get to know each other and the company. By designing, fixing and testing GradTrader they’ve got a useful foundation of knowledge to build upon in the future.”