The Power of the Higher Order

One of the things I love about React is how easy it is to split up and reuse code.

This includes components, for example reusing a generic dropdown component, and behaviours, which is what I’ll be talking about.

This post is meant to be a fairly high level look into code reuse in React generally, and specifically a practical look at higher order components and how they can be utilized to improve reuse across your codebase. I’ll also briefly discuss other methods of code reuse in React; where they’re useful, and where they fall down.

Firstly, what do we mean by behaviour? I suppose it’s quite a generic word and it really depends on the context. In the React component context, I define behaviour simply as being something it does. This may include storing state but not usually anything to do with how a component looks (the markup).

Obviously it would be great if we could reuse these behaviours in multiple components, for the same reasons we’d want to reuse a generic dropdown component (less code, less time, less redundancy). There are a few ways we can do this specifically in React, the rest of which I’ll cover later on.

What is a higher order component?

It’s as simple as that.

It’s important to notice that we are taking advantage of the JSX spread attributes language feature, to allow this component to proxy any props back down to the original component using {...this.props}. This is a key feature for higher order components.

Also I suppose at this point it’s worth mentioning that there are actually 2 ways of implementing higher order components in React.

Props Proxy This is the implementation I showed above and is the version I’ll be using in this article, because in my experience it is by far the most common case (I’ve never actually had to use Inheritance Inversion). 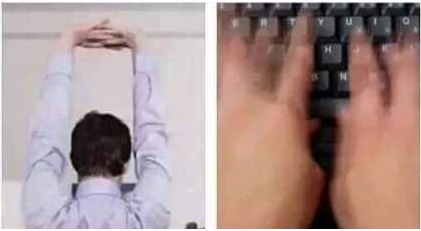 Let’s say we want to record how long it takes any given component to mount (that being the time between the ComponentWillMount and ComponentDidMount lifecycle methods). Let’s see how that would look in a React Component first.

Great. But of course we want to be able to use that across multiple components, not just my awesome button, so now would be a good time to extract this logic into an HOC.

So as I mentioned earlier, this is simply a function which takes in a Component, and it’s returning a new React component, which renders our original component as a child. The wrapper component then logs before and after the original component mounts which is our desired behaviour.

Now to use this HOC on our button component we can use an ES7 decorator, which I think is a neat way doing it. If you haven’t come across these yet, you should take a look

Of course you’re not tied into decorators, you could also just use a plain function call (which is basically what a decorator is), like so:

Another useful use case for an HOC is the scenario where a component depends on some data from the server, and therefore needs to fetch that data before rendering.

So let’s create a higher order component which: 1. Requests data from the API on the componentDidMount lifecycle hook 2. Renders a Loading component whilst waiting for the data 3. Renders the original component when the data is available, passing the data down as props

The HOC needs to know which endpoints to request data from, and this might be specific to each component, so to make this HOC reusable, we need to pass it a function which returns some request metadata.

Also we might need the components props to generate the endpoints, so we should pass that in as a parameter too.

I’m returning a simple object of prop name key to url endpoint value here. Also note how here we expect a userId prop to be available on the components’ props.

I think it helps in this example to look at how we’d want to use the HOC first:

This time we are passing the dataDependencies function in to the HOC (which makes it more like a HOC factory), and we expect the corresponding API data to be passed down as props into our User component under the keys specified in the metadata returned by that function, which in this case is just user.

And here’s the implementation:

So HOC’s look really cool and useful right? But there are some things to be careful of, particularly as you start chaining or composing HOC’s together.

Remember in the examples above we proxy the props down from the wrapper component into the original component, by using the JSX spread attributes.

In some HOC wrapper component: In some situations the order in which you compose HOC’s together is important.

For example, imagine now the fetchData HOC requests data periodically, say every 1 second. We also want to be more efficient in rendering and only render when the props have changed, so we could introduce the pure HOC from the recompose library, which shallow compares the currentProps with the nextProps and only re-renders when a prop has changed.

In this example, props flow like so, from top down, as you’d expect:
➔ PureComponent ➔ FetchDataComponent ➔ Component

However, if we compose the HOC’s in this order, the pure wrapper component is the parent of the fetchData wrapper component, so if the data from fetchData changes, the benefits from the pure HOC will never be applied, causing unnecessary renders, even if the API data is the same as from the previous request.

So to ensure that prop changes caused by the fetchData wrapper component are filtered by the pure HOC, this would be the best order:

There are many other situations where you might need to think about the order of your HOC’s, so keep that in mind.

Higher order components are not the only way of sharing behaviour between components in React.

Of course we could turn to the classical object-orientated approach of inheritance, where our original component extends some parent component, which can contain specific behaviours.

Then the we implement the MonitorComponent

You can see this working on codepen too (“wow so examples”)

There are a couple of issues with this technique:

This means that that each component extending MonitorComponent needs to know the blueprint of MonitorComponent (i.e. which methods it has implemented) in order to avoid overriding behaviour. This makes code maintaining more painstaking when a change is made to MonitorComponent.

Also, method names reserved by the superclass can now not be used in the child class (unless done on purpose) as this will override the method which the superclass depends on. So adding a new method to a superclass, if used by many other components, could break some of those components.

Due to the 1-to-1 nature of object-orientated inheritance, the ability to compose multiple behaviours together completely disappears.
For example, if we now wanted to enhance Button with the behaviour from the fetchData HOC, how could we do that with inheritance?

You can’t chain inheritance together in a generic way like we can with HOC’s, which is a big issue when it comes to code reuse in components.

Of course it’s okay to use inheritance in some situations, maybe when you know there will only need to be one enhancement to a component. However as soon as you decide that a component needs some other generic behaviour added to it, you’ll have to throw away the superclass and replace it with an HOC or a mixin.

So is there any point?

In my opinion, no, stick with higher order components.

In object-oriented programming languages, a mixin is a class that contains methods for use by other classes without having to be the parent class of those other classes. - (shameless Wikipedia quote)

An example of a mixin, which has the same effect as the pure HOC from recompose

Mixins were once the preferred way of sharing code between components in React, but they fell out of favour recently (at time of writing) due to some fairly major flaws outlined by Facebook on their blog.

Some of the flaws, summarised from the above blog post include:

If 2 mixins both define a method with the same name, those mixins can not be used together. This can become unmanageable as codebases grow.

Sometimes a mixin depends on something on the component, i.e. some state or a method. If this component needs to change in some way, by moving state up into a parent component for example, then the mixin may have to adapt to accommodate this change. But what if the mixin is used by 10 other components? That could end up being a messy change to make.

Mixins are actually not supported in React ES6 class components, which is another deterrent. So if you wanted to use a mixin today you would have to use the React.createClass syntax like in the example above.

Higher order components are a very powerful tool in your React toolbox, so I would definitely recommend using this pattern when starting your next project, particularly in projects that you want to scale well.

I think it’s important to understand other patterns for code reuse, especially the ones I mentioned in this post (mixins and inheritance), and to remember that these alternatives might actually be a better solution in some situations. However, higher order components don’t suffer from most of the downfalls of these other patterns, and in most cases I have found them to be the best solution, and so have Facebook.

So get out there and embrace the higher order. 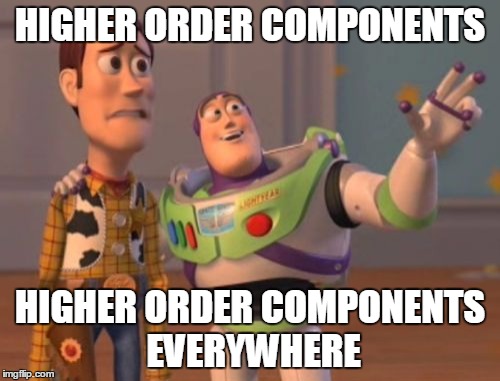 Demystifying React Redux
One of the most common complaints when someone starts learning React Redux is that it's too magic. In this post, we'll be pulling back the curtain on React Redux to discover how it really works.

Matt Stobbs · 1st  May 2020 · 9 min read
React time travel: the store may not be enough
Your store is the source of truth... as long as it makes sense. A concrete example integrating Redux with React Router