An Insight Into Our 2016 Intern Projects

At Scott Logic we offer a paid summer internship that gives budding technologists the chance to gain valuable insight into our unique culture and the way in which we develop software for our clients.

This year, we welcomed seven interns across our offices in Bristol, Edinburgh and Newcastle. They worked on a diverse series of internal projects and were supported along the way by a small team of mentors, drawn from our pool of experienced developers and testers. Before the projects begin each year, we provide training on the relevant technologies and processes, via group sessions and in-house written materials. Here is an insight into what our 2016 interns got up to over the summer, and their thoughts on the time they’ve spent with us.

One of the projects the interns were tasked with was creating a Slack Bot, which hungry staff could use on Friday mornings to order their weekly breakfast sandwiches. It was built on modern ES2015 JavaScript, and had natural language parsing using Wit.ai, so users could have human-like conversations with it. As bots are a new field, it was a good challenge for the interns and a great opportunity for them to try out new tools and APIs. The project was organised with a similar structure to a real world project, with weekly sprints, a product owner providing requirements, and daily stand-ups. It gave the interns an insight into how projects are run at Scott Logic, and our colleagues successfully got their sandwiches when the bot had its first run! 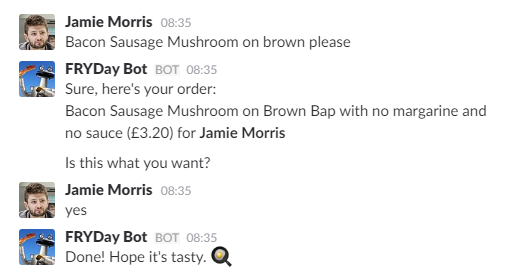 As a Maths student with no experience with code, I’d never considered a career in software testing; prior to my internship, my exposure had been limited to a module in Java in my second year. When I saw Scott Logic’s 12-week internship it looked like too much of a good opportunity to miss.

From the first day I joined, Scott Logic provided me with the help and tools I needed to learn, apply my skills and develop throughout the summer. During my first couple of weeks, I started using the online Code Academy JavaScript training and then moved onto some HTML5 training materials developed by Scott Logic, while also familiarising myself with the technologies and frameworks I was going to be using over the next three months. After two weeks of training, my skills were put to the test as we started on our main project of the summer - creating a bot for the office.

Testing the bot was tricky as there has been very little work in this field before. We had to create a second bot which “talked” to our bot, simulating real conversations. It was a good challenge and allowed me to learn a lot about both development, as well as testing with tools such as Jasmine.

Interning here has given me a great insight into working in a real Agile team with modern technologies. The natural language aspect of the project was completely new to me, and provided a lot of opportunities for investigating ways of developing a stable and usable product.

I've really enjoyed my internship at Scott Logic; it's been great doing work I'm passionate about and all the way through I’ve been helped and supported by the experienced people here.

I've learned a great deal during my 12 weeks, including the practicalities of working in an Agile team and interesting areas of focus, such as natural language processing. I’ve really noticed how much my skills have progressed over the course of the summer as the project became more complex and engaging.

I definitely recommend the internship to anyone considering applying, and I hope to come back full time next year as a graduate developer.

Another project the interns worked on was building an online interface to the extensive library of interview questions we have in the office, they used a combination of Express, React and Docker to build a restful API, a frontend, and a containerised deployment solution. We pride ourselves on offering our interns exposure to the full software development cycle, to give them a more rewarding experience than just writing documentation or attempting to fix bugs.

My summer was spent working on a Full Stack JavaScript application. Initially this was daunting, as I had only written around 10 lines of JavaScript before starting the project. I also gained experience with technologies such as Docker, NGINX and Facebook's ReactJS library. The internship has improved my technical knowledge and skills, while also giving me exposure to Scrum practices in an industry environment.

Working at Scott Logic has been a fantastic experience, I have thoroughly enjoyed my time here, learning more than I thought possible in a company full of friendly, supportive coworkers.

Last but by no means least was a web-based multi-player game that the interns created for the rest of the office to enjoy. This year, we opted for an implementation of Channel 4’s Countdown. The app was developed using the popular ReactJS library, supported by modern development tools and processes, such as on many of our real client projects.

Although our project domain was light-hearted, the delivery process was professional as we wanted to give the interns a taste of life in the real world, customers and all. One of our developers, Tom, kept the interns on their toes with new feature requests and priority changes, just like a real client would. By the end of the summer we had the whole office competing online in the word games, numbers games and conundrums. 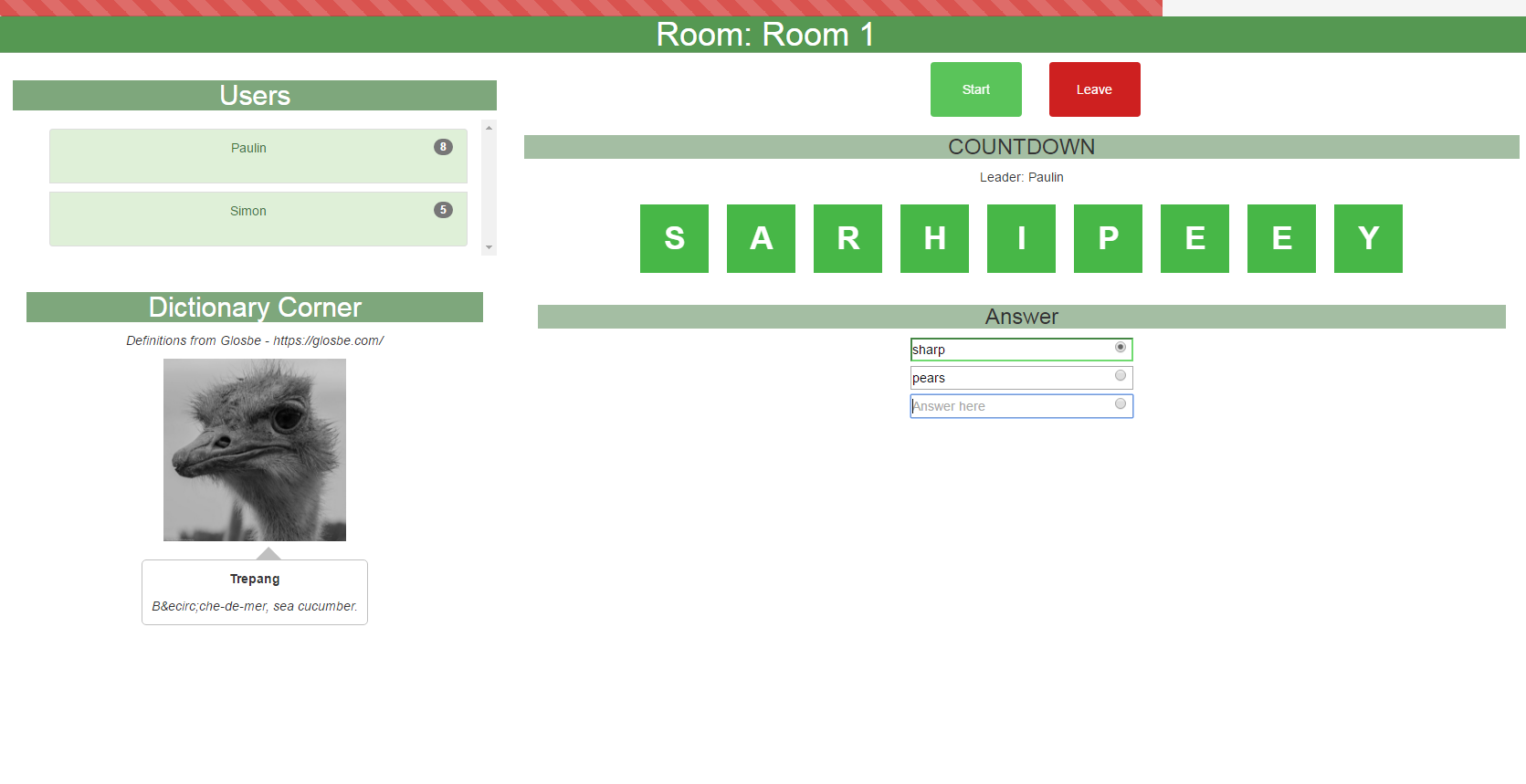 I’ve had a great time at Scott Logic. I spent my summer working on making Countdown cool again, by making a web-based version of the game. This was made using JavaScript, specifically the ReactJS library. This experience has given me exposure to industry standard practices, as well as an insight into how Agile development works. What made the experience even more enjoyable was being surrounded by friendly and helpful co-workers, who were always willing to help and share their own knowledge.

I’ve had such a brilliant experience at Scott Logic; my 12 weeks as an intern here, and the support and advice from my mentors has helped me improve my technical knowledge. Furthermore, the use of Agile methodologies like Scrum gave me a very useful exposure to industry standard practices.