Making agile teams more productive from the inside

In the agile way of working, being a developer means more than just writing code. This often comes as a surprise to people joining the industry. When reading The Scrum Guide™ written by the creators of Scrum, you can find the quote:

Scrum recognizes no titles for Development Team members other than Developer, regardless of the work being performed by the person; there are no exceptions to this rule;

I think this is a very healthy approach, that frees people from thinking that developers only develop, testers only test etc. The development team in Scrum is supposed to do much more than that and the lack of specific titles frees people to apply themselves wherever they can help the most. In this blog post I will share my opinions and ideas what developers in an agile team (not necessarily Scrum) can be doing to make the whole team more productive (and hopefully with that, their company more successful!).

When choosing what you should do as a developer I find it helpful to think about the Three Ways as described in The Phoenix Project and The Devops Handbook (both of which I really recommend). I will introduce that concept here briefly. Have a look at the following diagram:

You can see the three main elements called The Three Ways: Flow, Feedback and Continual Experimentation and Learning. These ways are described more in-depth in this article written by one of the authors of Devops Handbook. For a process to be as successful as it can be, these three elements should be taken care of. To elaborate on what each of the elements stands for:

With the three aspects explained, let’s look at some specific actions that a developer can do to make the whole team perform better.

Finish tasks before starting new ones

A common problem faced by new agile teams, is doing too many things at once. Starting new tasks while still having significant Work In Progress (WIP) is a sure way to kill productivity. It is a natural intuition, that if there is something blocking us and there are tasks still waiting to be started to pick them up and start. This has multiple problems ranging from frequent context switching, never quite finishing features (and having them linger 95% done) to merge problems down the line. There is a great article on that topic alone, published by Atlassian that you can read if you are still not convinced that too much WIP is harmful. What to do then? See if you can help to close tasks- do code review, try to remove any blockers, do what it takes to push the task over the limit rather than take a new task. You may uncover a bottleneck that causes tasks to take longer than necessary- removing it can cause leaps in productivity! If it is often unclear if a feature is finished, it helps for everyone involved to share an understanding of what defines a completed feature- this is often referred to as definition of done.

This sounds quite obvious, but the more you automate, the faster you can work. The common targets for automation improvements are:

Sometimes automation can be part of a normal feature development, other times it may be good to bring it up with your team and try to get it actually scheduled (if this is a significant amount of work).

Help with the requirements / stories - look ahead

If the first time a development team sees stories is when they are coming to the sprint, it is a bad sign. It often results in requirements that are not well understood, tasks that are not really feasible and a poor planning and estimation. All of these can impact flow. What you can do is to look ahead, try to understand the upcoming stories and think how will you implement them. If they are clear, great- make a note of that. If not- perhaps a chat with Business Analyst or Product Owner can help here. These quick action can save hours in the future when the unclear story makes it to the team and someone goes ahead and implements it anyway. It is often stated that about 10% of everyone’s time in an agile team is usually spent on backlog grooming.

Talk to your testers- then write more tests

Most people understand that adding tests improves the quality of the product and productivity of the team. What is often not so clear is what tests to write. I suggest a slightly more human focused approach here. If you have dedicated testers (or someone else filling that role) talk to them to find out what testing they are doing. The main two types of testing are scripted testing and exploratory testing. To have a basic understanding of both, I strongly recommend a short video presentation from a conference by Rosie Hamilton where she defines and compares the two approaches. What can you do as a developer then? Maybe you can help testers with automating something that takes hours, days or weeks of their time. Doing that frees them to focus on something more unique and difficult for others to carry out (like for example exploratory testing). In the meantime, you will have the feedback from scripted tests automatically and at will when you (or your Continuous Integration) runs them. Your long term goal should be trying to automate as much of the scripted work as possible. Automating scripted tests is a large discipline in itself, but there is nothing stopping developers from helping in that department or being pioneers in their teams or organisations. It is a good place to bring back the famous relationship between the cost of a bug-fix and the phase of the feature delivery. Think here about the cost in terms of productivity rather than strictly money: 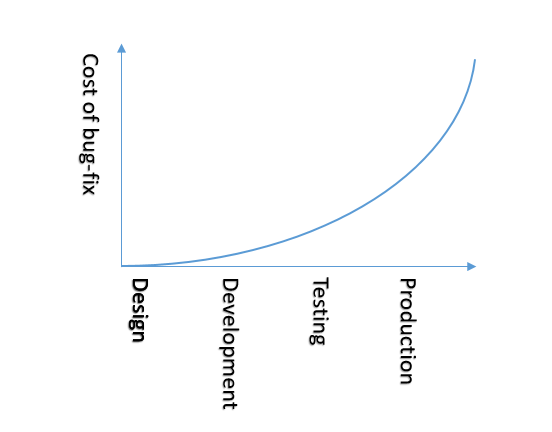 It is one thing to have a bug, and another to build a feature that was wrongly specified from the start. If you are unsure about anything, or working on a complex feature, get the Product Owner involved early. If the feature will take a few weeks to complete, but you can show something one week in, this early feedback can be invaluable. Not only you will be sure that you are doing the right thing, you give your stakeholder a chance to make any last minute corrections. This close cooperation with your client is expressed in at least 3 out of 4 postulates stated by the Agile Manifesto.

Review each others code

Code review is one of the most invaluable ways of providing feedback by developers and yet many teams are missing out on the benefits by not doing it. It is not only a useful way of preventing bugs and technical debt, but a great mentoring tool for new team members. Both doing and giving code review can be a learning process. I recommend another article from Atlassian for more details. One extra thing to keep in mind is making sure that the review is positive- people can be feel quite vulnerable with the review process so that right culture and attitude must be in place. The goal is to get people to collaborate better, not fight or tremble with fear! 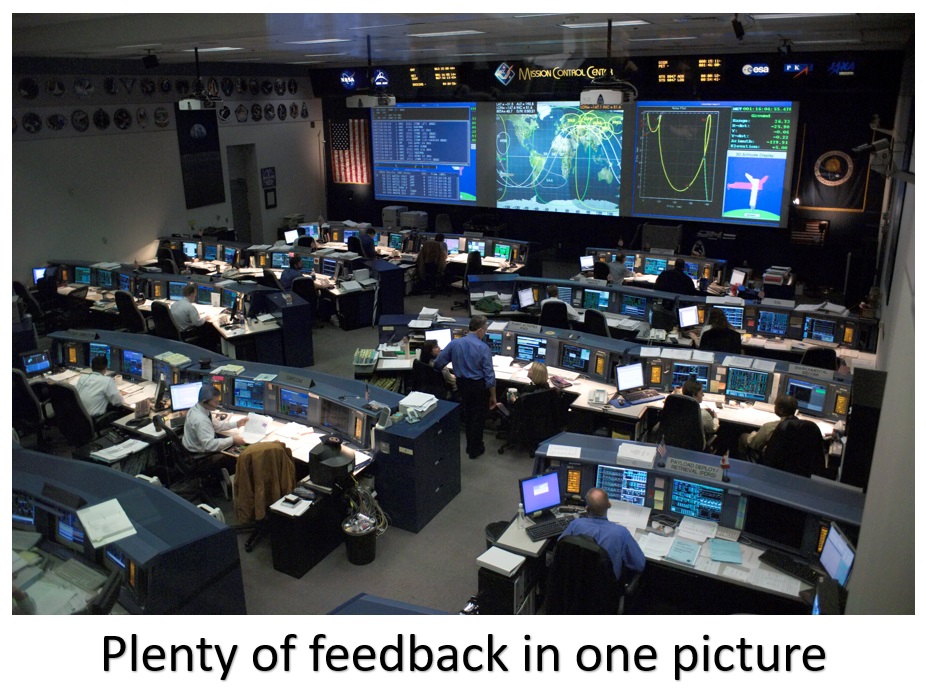 I can’t stress how important this is. One common misconception is that if no work on technical debt is done, the status quo is maintained. It is wrong. When technical debt is not addressed, the project start to fall into sort of downward spiral when things get worse and worse over time until adding new features or even changing code is hardly possible. To avoid that, the team needs to proactively spend time at fixing numerous problems as they appear. It is recommended that high performing teams spend around 20% of their time improving the code-base and eradicating technical debt. If your team has not been doing that in the past, I would argue that even greater percentage should be initially devoted to that task. If you are in a really bad place don’t despair… LinkedIn halted their development of new features for 2 months just to fix technical debt in the past and managed to get back on track. I would suggest trying to take action sooner rather than leaving it to such drastic measures!

In the end, the important part here is that you learn new and useful things that may help your team! The fact that you are reading this article and you made it this far is already a great sign. I would suggest trying to implement some of the advice here and maybe research mentioned topics a bit deeper. You want to ensure that your team has a space where they can learn, experiment and make an occasional mistake with a focus on preventing it from reoccurring rather than looking for someone to blame and punish. Fostering a positive company culture is a large topic in itself- that should not stop you from leading by example!

There are many ways in which developers can help their teams be more productive. What I presented here is a systematic way of looking at them. If you don’t see something that you consider useful, let us know in the comments. Constant looking for way in which we can work better is the key theme here. Good luck with your journey to productivity and team transformation!