An Organization's Journey to a DevOps Mindset and Culture

Modern software development projects consist of much more than simply writing code. It is very common to hear about outcome-based delivery. Be it internally or working on external projects, development teams are judged based on the outcomes they provide. It is the ultimate outcome of the project, rather than specific deliverables that matter to the project sponsors. UK Government Digital Services even published a blog post on the importance of outcomes in favour of deliverables.

In the world where development teams are judged based on the successful outcomes rather than just code being delivered- how can they ensure to achieve that success? There is only one answer- by getting involved in the entire process from inception to delivery to the customer.

Getting involved in the end to end delivery of a project can be a new idea for some developers. There is no substitute for experience, but everyone has to start somewhere. “The Phoenix Project: A Novel About IT, DevOps, and Helping Your Business Win” is a great place to start. I will use the book, mixed with my experience from multiple projects to illustrate the journey to DevOps. 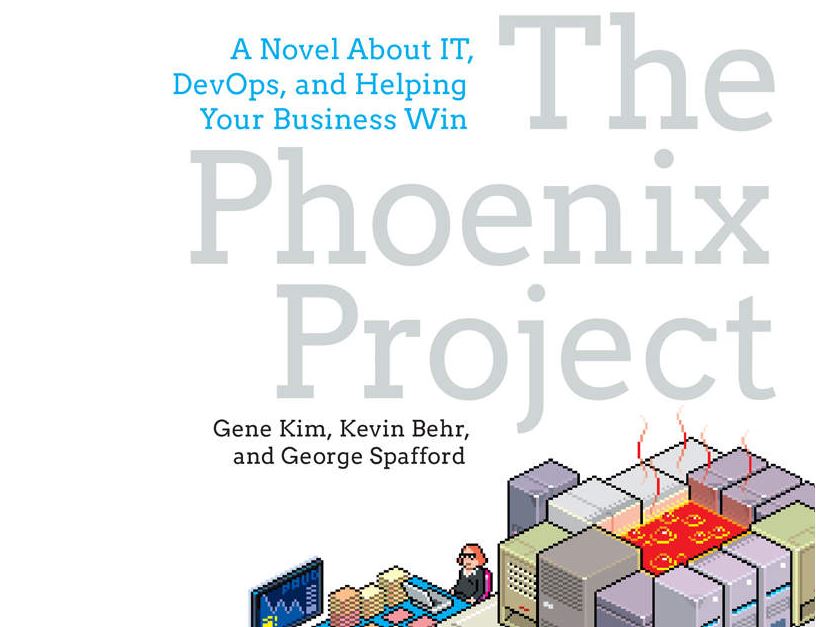 Before we embark on that journey, let’s look at the parties involved in a project. I focus here on the five groups that are often present in large scale enterprise projects.

These are the people writing the application code. Writing unit tests, ideally deploying to some development environment.

On many larger projects, we have dedicated testers. Either manual testers doing exploratory testing or security testing. The key here is that these would be the people that don’t write the core application code but are responsible for the quality of the delivery.

These are the people in charge of deployment and support of the application. They would often deal with servers and middleware services. They often support the application in production.

These are your Technical Architects, Solution Architects, Security Specialists and other people who dictate how the system should be designed. They set technical standards, recommendations and more.

These are most often the product owners, business analyst, SMEs, project sponsors and other stakeholders that do not fit into the other categories.

Ok, this is a bit dramatic, but I am sure that you have seen it in action! Developers blaming operations for “breaking” their system. Testers complaining about the low quality of the deliverables from the “incompetent” developers. Operations frustrated by “arbitrary” obstacles thrown at them by a Security Architect. Architects frustrated with the seemingly “ad hoc” Business decisions… And Business frustrated with a failing project!

Surely, there must be a better way!

Embarking on the DevOps Journey

“The Phoenix Project” succeeds as an introduction to DevOps so much, because it is not a handbook- it is a novel! DevOps is not something that happens overnight in an organization because people decided that they will adopt it. It is a process of changing the culture.

The book defines the key groups a bit differently than I did here using: Development, QA, IT Operations and InfoSec; but that does not matter that much. On my current project, this split looks a bit different and it may differ even more on your project. What matters is the goal here. Getting all these groups to work together, to help each other win.

Cultivating this one-team approach can do wonders for the project outcome. I will share one of my favourite quotes, attributed to President Truman:

“It’s amazing how much can be accomplished if no one cares who gets the credit.”

Everything starts with identifying a problem. “The Phoenix Project” is written with a looming disaster, a potential closing down of a company as a background. Thankfully, our reality is rarely so dire. However, if you are dealing with issues such as:

You may benefit from introducing a more DevOps oriented culture into your organization. How do you get started?

In a similar vein to “The Phoenix Project”, you will need to assemble your DevOps “working group”. Key representatives from different areas (Development, Operations, Testing, Architecture, IT in my case) that share the common goal. That common goal is quite simple- work better together, work faster.

A transformation like this really needs an alignment at the top, as it may be just too difficult to come organically from the teams. I am sure everyone in the team can influence and help, but without this alignment on top, it will be very difficult to change the working practices.

The people you have together now should have some ideas of what “good” looks like. If they were not yet exposed to the DevOps movement, you may need to do some evangelizing and explaining here. This is once again where I find “The Phoenix Project” to shine- recommend it for people to read! The more formal “DevOps Handbook” is also a great resource.

Don’t be afraid to introduce these ideas to your company. It may take time, there may be some resistance, but ultimately, when people see results, they get convinced. Everyone wants their team, and ultimately the project to be successful.

This “working group” should meet quite often- depending on your goal. The key thing is making yourself accessible to other partners here. You really want this to be a collaborative effort.

With the alignment at the top, it will be much easier to start connecting teams. You want your developers, operations and testers feel like they are part of one family, one over-arching team. How is this achieved? I have a few suggestions:

I am sure that you can think of some more ways you can improve that connection between teams on your project. Every organization, every project is different and there won’t be a one-size fits all solution here. You need to get thinking, you need to get creative.

Congratulations! Just doing these three things can bring incredible value to the project. Even if you were to stop here things should start looking much better.

The best thing though- you are only just starting. With these three things in place, you are ready to start with DevOps. These things were the prerequisites. 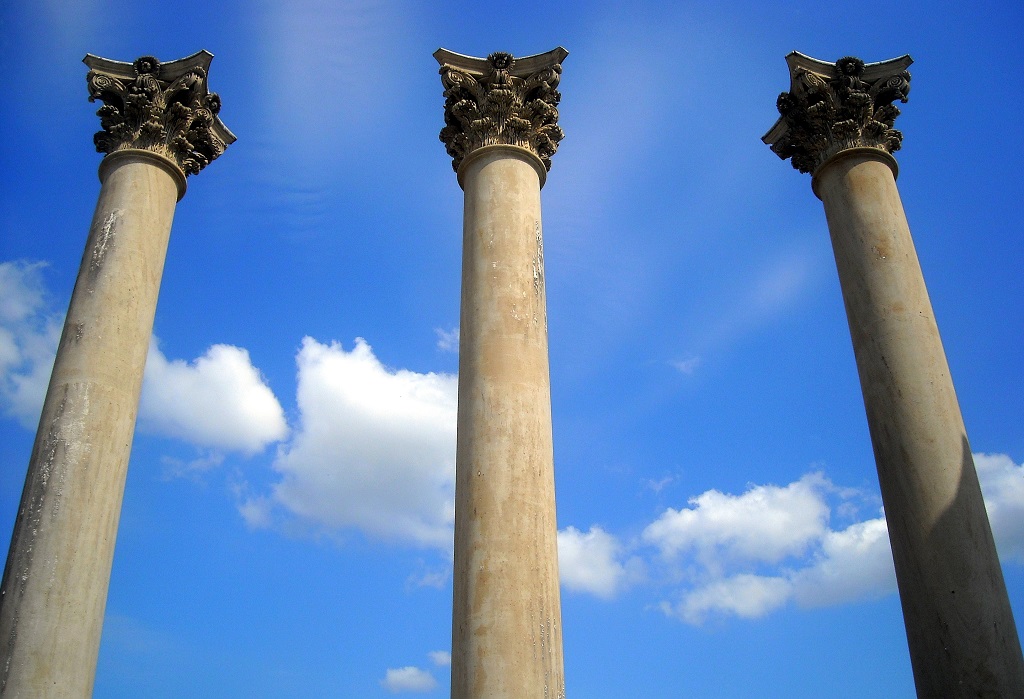 I see the DevOps Mindset as fully internalizing the “Three Ways” as defined in “Phoenix Project” and “The DevOps Handbook”. The three ways are:

I have previously written what the development team can be doing to embrace this mindset in Making agile teams more productive from the inside. In this article, we will look at the journey the whole project can go to embrace these values.

Enabling flow means enabling work in the system to move quickly. This is the part of Software Development that is often compared to a factory floor. You have different “workstations” and you want “work items” to move through them quickly. Your stations could be: “business story being written”, “code being written”, “code being tested”, “code deployed to production”. If you are experienced with the full software development life cycle, you may see that I am simplifying here a bit.

Once you can see the flow (Kanban style boards can be very useful for that), your DevOps working group should focus on identifying slow parts and speed them up!

From some of the projects that I worked on, these actions included:

There are of course many more actions that can always be taken to make work flow faster. If you have a good visibility and understanding of what slows down your work- you have a good idea where to put the effort.

It is great when work moves fast, but if that work is of bad quality and has to constantly move back to earlier steps in the process (bug discovered, requirement misunderstood, etc.), then this is not great. When something goes wrong you need to know as soon as possible. You want fast, tight feedback loops in your system. This is very much to do with quality control throughout the process, supported by automation.

Here are some actions that can be taken to help gain this quick feedback:

There is more that can be done to enable fast feedback, but these points are key. Testing and its automation is a large topic in itself with Scott Logic writing extensively on that subject.

Continuous Integration, Delivery, and Deployment- these are the terms that people most closely associate with DevOps.

Based on my experience, Continuous Integration can be tackled early- it usually requires relatively modest effort. It is an important part of your DevOps journey.

The remaining two- Continuous Delivery (understood here as being able to deliver any cut of the software to production) and Continuous Deployment (understood here as automatic deployments to production after the code is merged) are much more challenging. Trying to implement them first is where organizations fail. Instead of starting with connecting the teams and people- they take on the most difficult challenges straight away.

Once your teams are working together, there is alignment among the leaders and you have Continuous Integration, then you may be ready for Continuous Delivery and Deployment.

Journey towards Continual Experimentation and Learning

The third way as described by “The DevOps Handbook” is Continual Experimentation and Learning. The “Journey” as I am describing it here really does not have an end. Even if you are doing everything perfectly, there are always new challenges, new people, new technology, new project realities.

You really can’t treat DevOps as a one off effort and hope for it to last forever. The good news is- once people start working in this way, Continual Experimentation and Learning will become second nature. 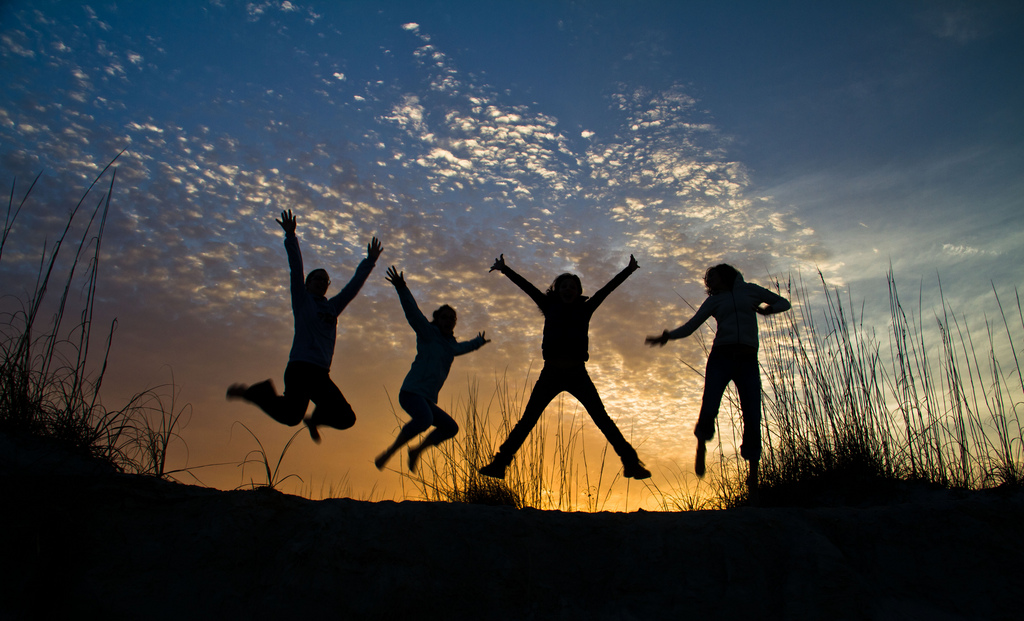 Some of the ideas illustrated here may seem like common sense. Others may be new to your organization or project. When put together and applied they create the DevOps culture. By being part of it, people will naturally start adopting the DevOps mindset. There are many benefits of that. Some that I have observed are:

This is not an easy Journey, but the rewards are worth the effort. Frank Hubin, a Project Manager in my most recent project always underlines the importance of “getting your own house in order first.” What is meant by that is the necessity to solve the internal team problems before trying to take on the world. I start to see DevOps Culture as the next step from Agile.

I hope that Journey inspires you to learn more about DevOps and possibly replicate it in your Organisation. I predict DevOps to be as revolutionary to the way companies work as Agile was. If you want us to be part of your revolution, get in touch. Good luck on your Journey!