My three-year journey from grad to Senior Developer 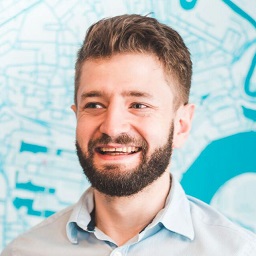 Three years after graduating and joining Scott Logic as a consultant, I was recently promoted to the position of Senior Developer. It can be challenging to find the right second job after leaving university; in Scott Logic, I found myself in the perfect environment to reach that particular milestone within the company. I wanted to share my experiences through this blog post.

My career started in 2015 as a graduate consultant in Scott Logic’s Newcastle office. Having studied Computer Science at Newcastle and looking to stay in the North East, consultancy was not the first thing I’d thought of as a career choice. However, I felt like I needed some ‘proper’ development experience. Scott Logic appealed to me because of its focus on personal development and keeping up to date with the latest technologies. As a graduate I was not only working, but learning new languages and frameworks, and getting experience with team-based agile projects.

After two years in Newcastle, I was given the opportunity to move to the London office. Once I got over the shock of London prices compared to the North East, I was introduced to a new office, new colleagues and new clients. This is where I was able to progress towards a Senior Developer promotion in December 2018, thanks to support from my colleagues and my experience of on-site consulting. 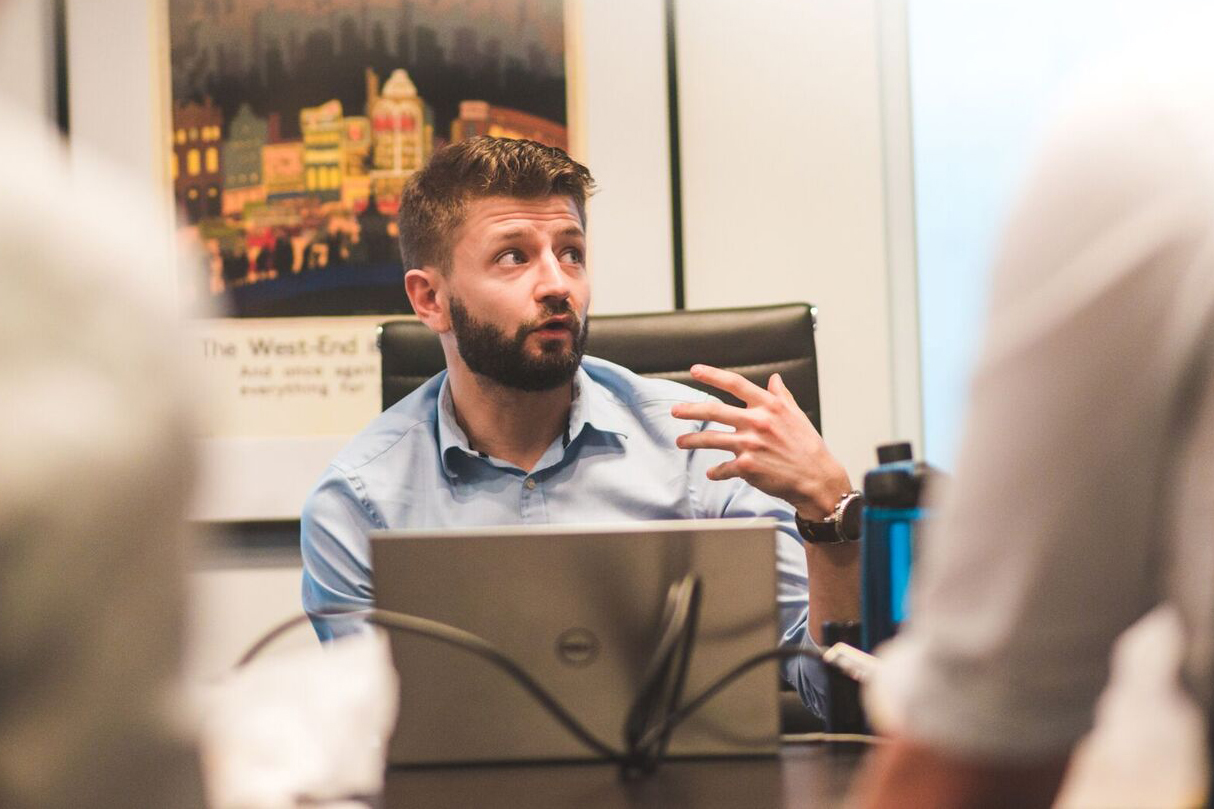 Consulting in the London office differs from other Scott Logic offices (where most of the work is done remotely) in that we work on-site at the clients’ offices most of the time. I definitely noticed a difference between being physically in a new office compared to being there virtually via a Skype window. Even small things like dress code have to be considered, as well as conduct in front of people with very different working cultures from Scott Logic’s. Being on client site reinforced for me the sense of being a consultant as well as a developer.

That isn’t to detract from the development work itself. My code was no longer just being reviewed by Scott Logic colleagues, but also by client employees and even consultants from other companies. The work I was doing was more visible to the client, and it was satisfying to be involved in the development process face-to-face.

There were also differences in culture, where approaches to pair programming and code styles were not always agreed upon by the people we were working with. As a consultancy, we can bring our experience from other projects to bear – not only in collaboratively reaching agreement on ways of working with the client, but also in helping to improve those working practices over the course of the project.

One of the big advantages of working at Scott Logic is that I am surrounded by excellent colleagues who are more than willing to support each other. I was part of a large team who were able to help me ease into an on-site client project. At first, I felt slightly intimidated being surrounded by developers and architects with more experience than me; it was very different from being in a group of fellow graduates in Newcastle! However, everyone was extremely approachable and friendly. The hierarchy always feels flat and my opinions feel just as valued as anyone else’s.

Working with such a strong team allowed me to learn through osmosis. Seeing how senior and lead developers work was essential in working towards my own promotion. My colleagues’ domain knowledge and experience were invaluable, and I learned a lot from them about not just development, but also professionalism and communication with clients.

Having a strong, collaborative team meant that we were able not only to improve the development of the project, but also to introduce a better DevOps culture and supporting practices. This presented an opportunity to work in a team brought together from several organisations, with the goal of creating a more efficient and effective deployment pipeline, with tighter deadlines than the Dev team.

Taking on more responsibility such as this was a good step on the way towards promotion. It demonstrated my confidence in dealing with increased exposure to the client and less of a need for support from colleagues (even though it was always there if required). It also allowed me to find an area of expertise within the project.

I became one of the “go-to” people for DevOps and infrastructure-related queries. Being someone who can give support as well as receive it definitely helps in becoming a Senior Developer.

Being a developer at any level at Scott Logic is not all about client work. There are plenty of opportunities for public speaking, both internally and externally. The weekly Techie Brekkies are a great example, where a volunteer speaker can talk about anything from functional programming to campanology (I didn’t know what that was either). I volunteered to talk about things that interested me, such as IoT and smart tech, as well as technologies I work with in my day job, like Docker and Kubernetes. While this is not something that directly links to career progression, it definitely helped in demonstrating my expertise in a certain area.

Another great opportunity was a weekly study group on AWS which, along with five other colleagues, allowed me to become an AWS Certified Solutions Architect Associate. This group activity was both fun and motivating and gave me another topic to talk about in Techie Brekkies! Collaborative learning is strongly encouraged at Scott Logic, giving me yet another chance to broaden my knowledge.

From the above client project and personal development, I was able to gain promotion in 2018. There were no formal checkboxes to tick or metrics to meet; it was more about proving I could handle the responsibilities expected of me in a more senior role. Thanks to the support of my colleagues and the opportunities Scott Logic provided, I was able to make a solid case for promotion to Senior Developer. 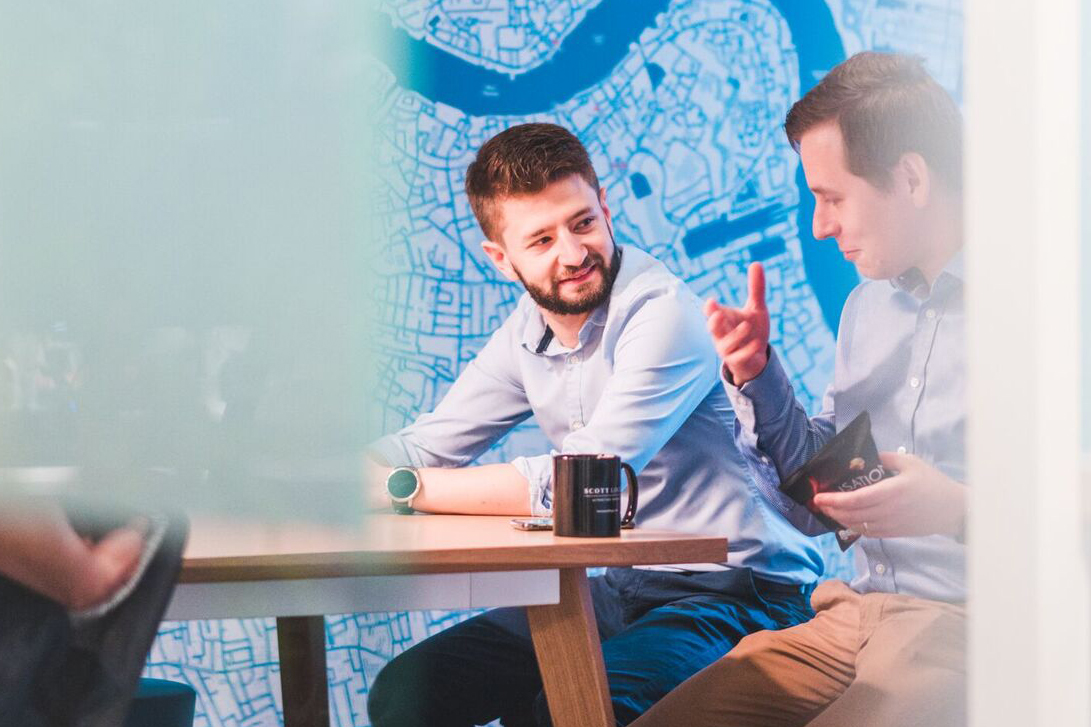 My Internship at Scott Logic
Thinking of applying to be a Scott Logic intern? In this blog post I give a retrospective on the role, from the initial application, through to the prospective job offer.

Isaac Lapworth · 30th  Aug 2018 · 5 min read
Starting as a Graduate Developer at Scott Logic
Scott Logic is a leading software consultancy company who offer three graduate schemes, one for development, testing, and user experience (UX). In this article I will give a personal account of the start of my graduate programme as a developer, along with inputs from my fellow starters. If you’re thinking about joining Scott Logic, want to find out more about their graduate scheme, or who they are, then this article is for you.