Why I'm talking to developers about Exploratory Testing

Listening at conferences, reading through articles detailing how large companies like Facebook have no testers and seeing job specs asking for automation and coding skills only you'd almost think that manual testing is dead; but it's definitely alive and kicking. Manual testing has shifted from confirmation of behaviour being right or wrong to the investigation of information that can assist with the design of software, code or products. To augment their automation skills, a tester now must be able to manually explore the system in order to uncover and share information that’s useful to the team.

In the new world of agile development, a tester will frequently be dropped into a team of developers, many of whom will not have worked with a tester before, where everybody is responsible for the quality of that product. It’s then on us as testers to build an understanding of testing techniques to help the whole team reach the quality that they want to achieve; to that end I’ve been training developers in exploratory testing.

What is exploratory testing?

Exploratory testing is a testing technique that allows for the controlled and planned use of a system or piece of software to discover information about it. The aim of exploratory testing is not to confirm things that we know, which is better handled through automated tests, but to look for new information by uncovering and challenging implicit assumptions or the unknown.

When we don’t know about how something will work, or assume how it’ll work, this introduces risk to our product. By exploring that behaviour, we can uncover what actually happens, making that information explicit and less risky. With explicit information available on how something works, the team can make informed design decisions on whether that’s good or bad; we can also create automated tests to validate that this explicit behaviour continues as required.

I’ve spoken to several testers who’ve said that exploratory testing is playing around with the system in an unplanned, or unstructured way, but this is not the case. Exploratory testing must be planned in order to be purposeful and useful to the team. The test ideas themselves must be tailored and timeboxed to make the best use of time and find information useful to the team and that can help shape design. 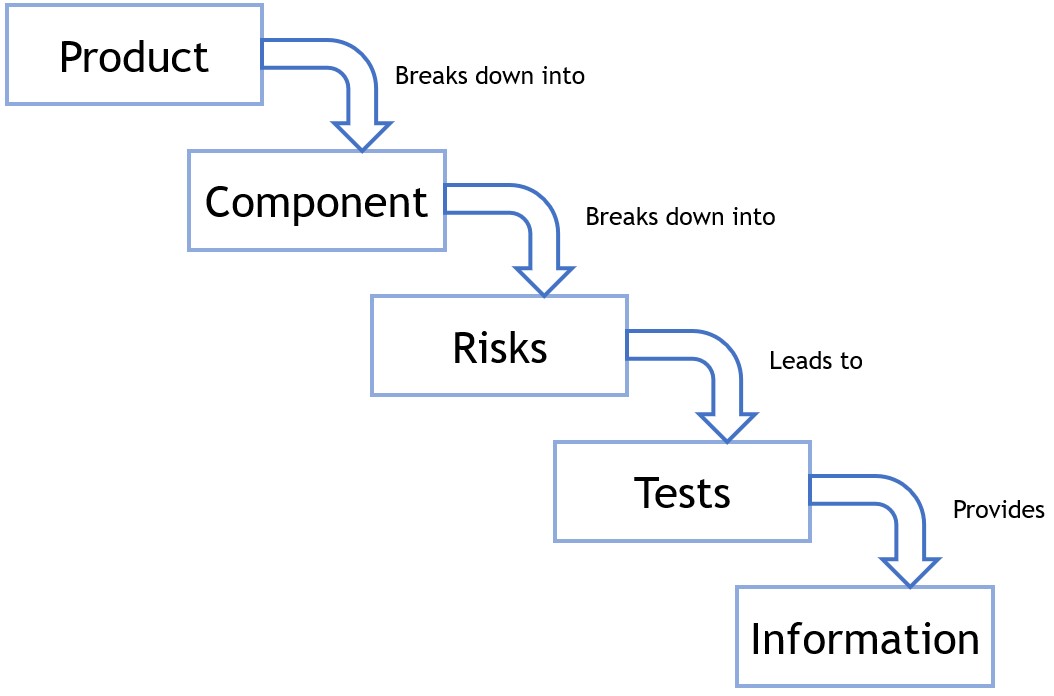 I use the example of a chair to help explain the process to people new to exploratory testing.

Another common misconception, stemming from old waterfall approaches or only having exposure to automated tests, is that testing must come after having the product built; that testing happens at the end of a lifecycle. As exploratory testing is not concerned with confirming behaviour, but instead looks to uncover unknown information, it can be run at any stage of the product development lifecycle allowing testing to be pushed earlier.

A frequent fear that the team will have is that a tester is there to audit them, show them up or just point out all their flaws. This may come from their only experiences of working with testers being bug reports that are ping-ponged back and forth between teams, or test reports emailed to the whole team awash in a sea of red failing tests. Exploratory testing isn’t about finding fault, it’s about finding and sharing information; the bad and the good. After any exploratory testing a debrief should be being held that shares this information in a narrative way so that the tester and developer can learn more about the system and jointly make decisions on whether that behaviour is desired or not. 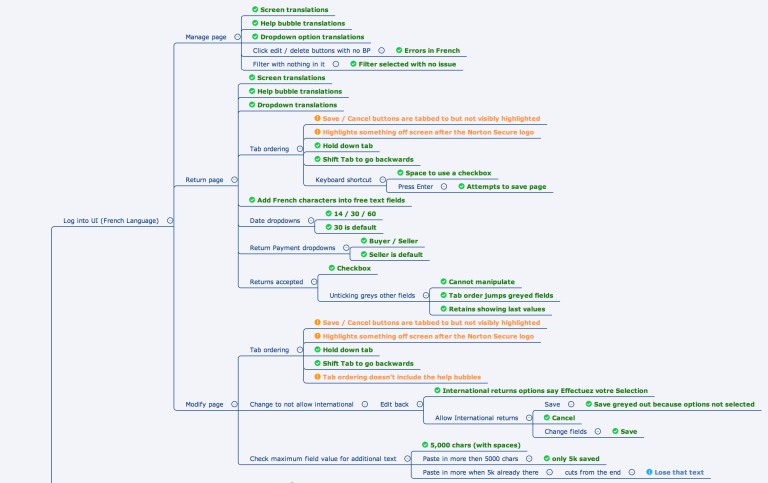 What are the benefits of exploratory testing?

When discussing the use of a different technique it’s key to explain the benefits that we, as a team, can get from using it. Where people have no knowledge, or a misunderstanding of what testing is then it can be hard to see why we’d want to do it.

Exploratory testing means getting started and providing insights earlier. Since the nature of this testing approach is to find information, rather than confirm that something has been built correctly, we can start it at a much earlier point in the design of a product. With no need to create scripts in advance the tester can be interacting with the product almost immediately to find useful information for the team; this means that we can avoid costly and timely rework because we can identify issues as the product is being designed or built.

As this method of testing is manual, it uses human ingenuity and insight, this means that we can test a wider scope than could be achieved through automated testing. Exploratory testing can provide us information on the “untestable”; how does something feel to use? Is the branding of the website engaging? What errors can occur when people use the system in an unexpected way? Human insight also means that testing can be aligned to investigating potential opportunities rather than being stuck to the steps on a script, allowing for more interesting information to be found out.

This style of testing also breaks down the old development phase then testing phase mindset. Through the increased collaboration achieved via sharing of information throughout the lifecycle of the product teams can readily see that testing can occur, and is useful to do, as early and frequently as possible. The different types of insights that can be provided by a tester through the quality narratives they share, spanning business, marketing, user and technical domains, shows that they have a wealth of knowledge that’s worth tapping into whilst having that shared information tailored to be useful shows builds trust that the tester is part of the team and working towards the same goal.

So, why am I teaching developers?

Starting to work closely with team members from a different discipline can be daunting; with neither side knowing what to expect from each other or even what they do day to day. Moving from those initial fears to build a high performing cross-disciplinary team requires understanding and trust on both sides. I share what exploratory testing is with developers so that they know what I’m doing and how I can help them, this means they know what to expect from me and what they can hold me to account for.

Quality is everybody’s responsibility in a team and one tester cannot do all the testing alone. By sharing skills of how to run different types of testing it helps other team members to get involved, run their own exploratory testing, think about increasing automation test coverage and generally have a mindset to thinking about improving quality. In a high performing agile team, an embedded tester can almost take on the role of a quality and testing coach, focusing their time on upskilling the team to ensure quality is baked in from the start.

Finally, training developers in testing techniques sets up a culture of skills cross pollination across disciplines. In an agile environment people want to become more well-rounded, frequently called T-shaped, so that they can help with whatever needs doing and increase team velocity. If you take the time to teach your team members skills from your discipline, it’s more likely that they will respond in kind and teach you skills from theirs. Everybody wins.

Once Upon A Time, There Was An App Store
Pull up a comfy seat and listen to Chris Price tell a story about the Tortoise and the Hare, the App Store and Progressive Web Apps.