In a series of posts which will span the research of myself and my colleague Herb Williams, we will talk about our conclusions and general messing about with tools to test WebSockets.

We are going to look at the characteristics of WebSockets, what they do, how to test them and investigate the art of the possible with automation for functional and non-functional checking.

Note: This article relies on some knowledge of how http requests and responses work. Links are provided where the assumption of this knowledge has been made so you can go and read for further context if you want to.

What is a WebSocket?

A WebSocket is a computer communications protocol, a system of rules that allow two or more devices to exchange information and data.

The well known internet standards http and https are also communications protocols which send and receive information via requests and responses.

A protocol defines the rules, language, semantics and rate of synchronization of the exchange of info. It may also include details of and possible error recovery methods.

The WebSocket API differs from the standard SOAP or REST API by virtue of the nature of its traffic.

If I was testing a REST API, I would send a request, “wait” for a response and interrogate that to make sure it had the response code, the data, format and response times I was expecting.

A nice REST API simple test in REST Assured in Java would look something like this:

I send a request with some parameters and expect a status code back. The test either passes or fails and the jobs is done.

With a WebSocket API, we are looking at another kettle of fish altogether because of the persistent nature of the connections. We need a method to maintain the open connection and we need a way to see the messages that arrive in response to the messages that you are sending.

How can I see a WebSocket in action?

Before we get into the mechanics of creating any automation, it may be beneficial to see a simple WebSocket in action. The nice people at Websocket.org have produced an web apge that allows you to play with their WebSocket or put in the URL for one of your own.

It provides a simple data entry style of interface for you to be able to see a WebSocket opening connections, sending messages and closing connections.

How can I test one of my own?

If you are interested, Websocket.org also have the code that drives the test that you can save locally to your PC and run through your browser to open a connection, maintain it and close it again.

This is very useful in terms of looking at the structure and the order of the code in order to look at how the test requests are structured. However, if you have a lot of requests to process or a lot of WebSocket APIs to test, this will be a very time-consuming way to work so we need to look for a better way. 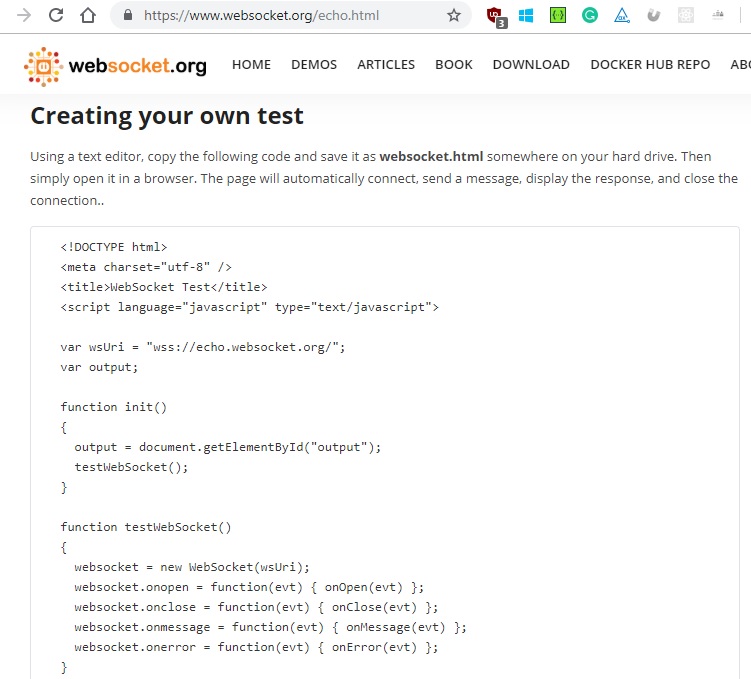 You can use the console tab of your browser’s developer tools to process requests through the WebSocket to a locally hosted API:

These are good for quick and dirty testing of a locally deployed API but they do not efficently scale if you want to run tests for regression against a number of deployed WebSockets. We will keep looking for that solution.

It would be great if there was a UI based tool that added a layer of abstraction to WebSocket testing but allowed us to chain Chai or other requests in the way that Postman does for REST APIs. 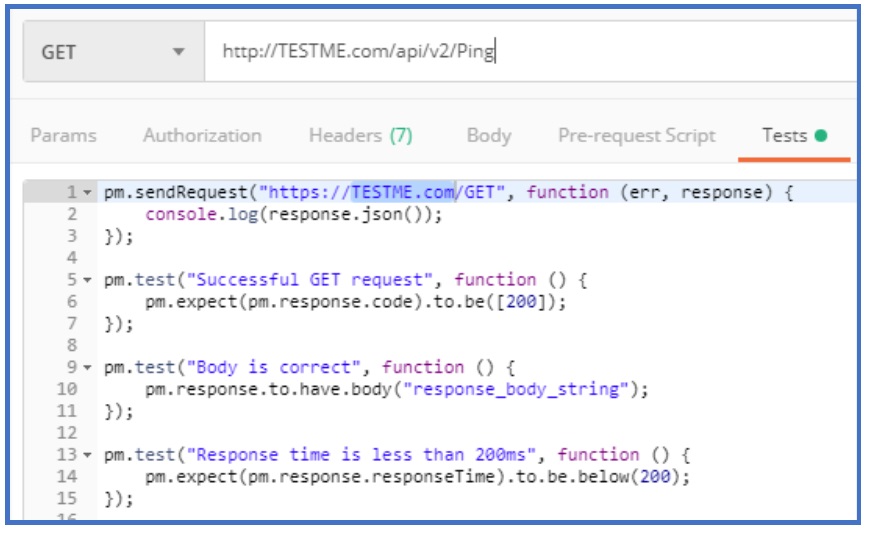 At the time of writing, there had been a Feature request opened to introduce this functionality for over 18 months. The frequency of the comments and requests for updates on it show there is a lot of appetite in the testing community for this to be rolled out.

So far, we have looked at what a WebSocket is and gone through some quick ways to seeing a test running against an individual API.

However, what about enterprise environments that may have 10s of the things running? It’s not nice to spend a day cutting and pasting code snippets. There are far better things that we could be doing so let’s automate instead!

As long as you have the specifications for the WebSocket APIs in place and the code mostly stable, this should be a very rewarding piece of work to complete which will save you having to do a lot of manual work going forward.

The next post will look at what options are out there for functional automation of WebSocket checking.

Mock the Back-End with Node
Mock the back-end of your web application, using Node.js, to make developing and testing the front-end easier.

I've been in testing and QA since 1998. Yes, we had computers way back then. No, my first tablet was not made of stone.

Since then I got some time off for two people shaped development projects of my own.

I am cat slave to a very large and opinionated Tuxedo Tom who likes walking across keyboards and spilling tea.

For 2019, I am going to continue to use my evil powers for good.