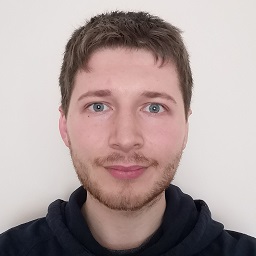 For the past few months I’ve been using Visual Studio Code Remotes, a powerful new feature that is available in Visual Studio code.

Remotes allows VSCode to operate in either a Docker container, a remote machine via SSH, or inside the Windows Subsystem for Linux. In this post I’ll focus on the first two of these and give some example use cases for each.

Developers are constantly making configuration changes to their machines, installing and uninstalling packages and updating their machines to accomodate the dependencies of whatever software they are building at any given time. As a result the machine configurations of developers on a team will naturally diverge. This is likely to give rise to “it works on my machine”, as well as the subsequent task of trying to figure out what exactly isn’t configured correctly.

This issue is compounded by the fact that stakeholders in a project must also create a clear record of every step they made to set up the configuration necessary to correctly set up the environment for working on a project. This may involve downloading and installing packages, configuring a local database, setting up a web server etc.

Fortunately, VSCode’s container remote allows us to leverage the benefits of Docker to build reproducible, isolated and reliable development environments. We can put our entire development environment inside a docker container, and work with VSCode as if it were running inside this container. By containerising dependencies needed to develop and build an application, it reduces the barrier of entry for a developer to start working on a project. Additionally, since the container itself is a testable part of the repository, assertions can be made about whether the instructions provided to build it are sufficient.

A benefit of this workflow is that the Dockerfile used to generate the development container can also be version controlled, meaning that changes can be tracked alongside the source. Significant changes to an environment can be as simple as updating the Dockerfile, and each member of the team has only to rebuild their development container to observe this change. Since the Dockerfile provides a description of the environment, it can also guide writing the setup portion of the README with no ambiguity.

Provided docker is installed, setting up container remotes is simply a matter of installing the extension: 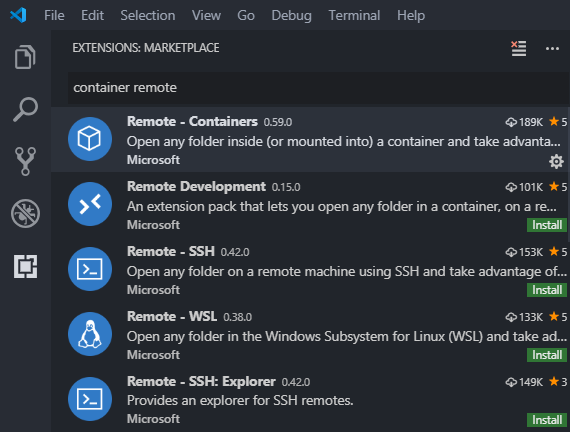 A full reference for devContainer.json options can be found here

Here is a simple example of a Hello World PHP based on a slightly simplified version of the official PHP remote example. 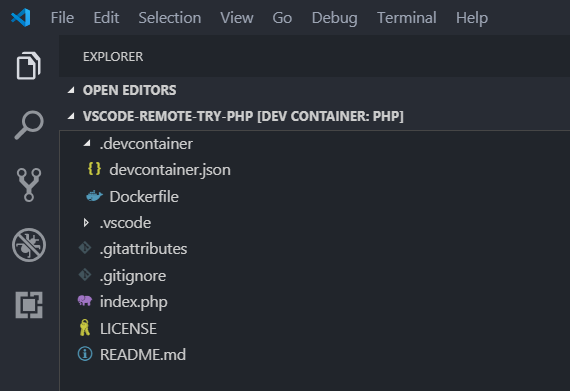 The Dockerfile specifies all the dependencies needed for working with PHP, including git and xdebug:

One of the first things that appears when you open this directory is a dialog showing vscode has detected the devContainer.json:

The “Reopen in container” option (which can also be accessed via the command pallette ctrl+shift+p) will build the Docker image and reopen VScode inside this container.

Let’s experiment with this new php environment by running the php built in server.

Success… almost. The php server is running, but we can’t access it in our browser yet. The server process is isolated in a docker container, so we need to bind a port on the host machine to this port.

And… actual success this time! 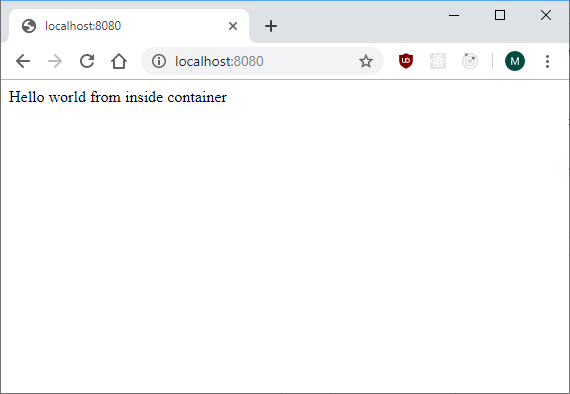 While writing this blog post, I wanted to see the changes as they would appear published on the blog. Rather than install ruby and jekyll on my development machine, I decided to set up a development container containing these dependencies. Here is the .devContainer.json in the root of the directory. We can see it is possible to define which ports we want to bind to the container in the configuration.

Here is the Dockerfile for a simple debian image with nodejs and ruby set up, and installing the ruby dependencies from the Gemfile.

Reopening VSCode in this container gives us access to jekyll, npm and all of the dependencies necessary to run the server. Port 4000 on the host is bound to the container.

Let’s try it out:

Looks good, let’s try opening it in the browser: 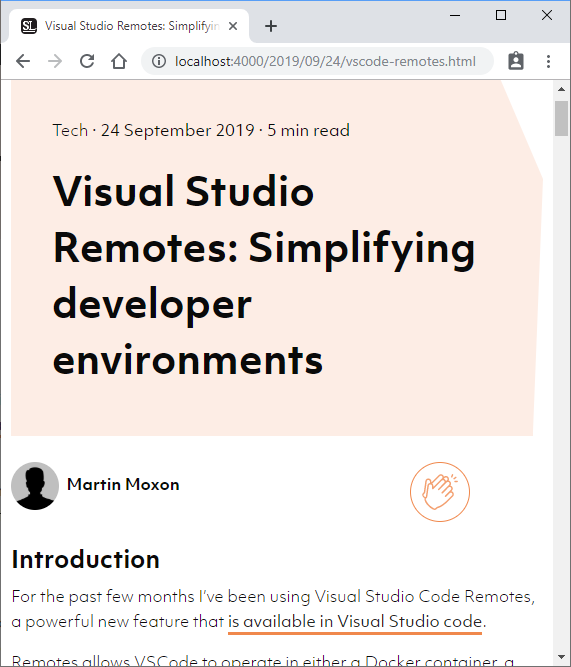 Success! Now we have a containerised development environment that another developer can replicate and use immediately.

Lowering the barrier to the first line of code

A major benefit of containerised development environments is that they signficantly reduce the amount of time and effort investment required to experiment with open source projects. If a developer is evaluating multiple projects, configuring their development machine for each one may be prohibitively resource intensive. Being able to build and develop immediately makes it much more likely that they will take the first step of experimenting with the source code.

Sometimes we have to make some changes on a remote development machine over SSH. While most developers have no problem with the small change here and there using CLI editors such as vim, for more complex changes it can be less of a context switch to continue using the same editor to make changes on remote machines. 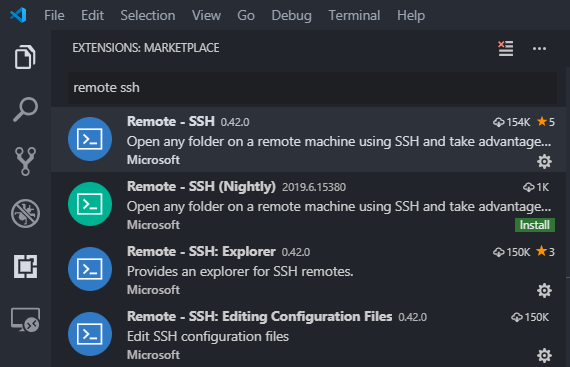 And configuring your ~/.ssh/config. This assumes you already have key set up to log in with Here is a redacted subset of my ssh config file used to remote into an AWS EC2 instance:

Connecting to a host is simple as opening the command pallete ctrl+shift+p and choosing connect to host, ec2, and … 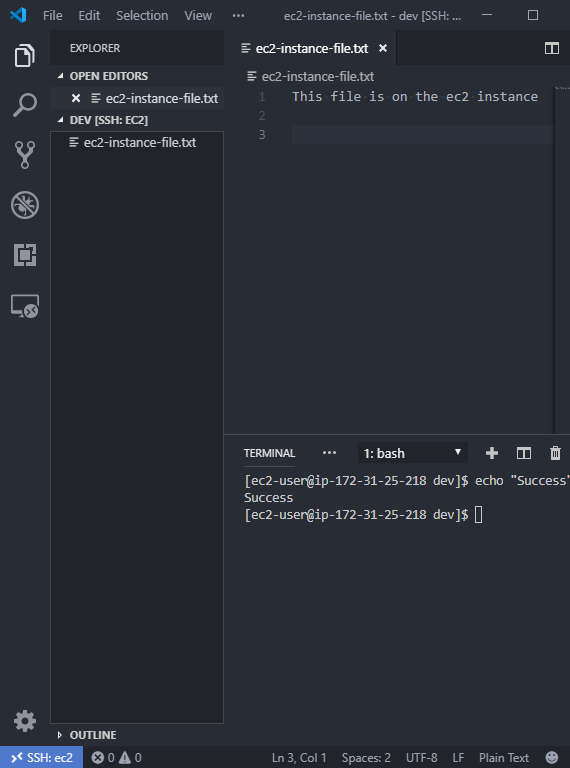 The new remotes features of VScode have improved my development experience in just the short time they’ve been available. There are definite use cases for each remote, and I suspect the Containers remote has the potential to reduce project overhead.

How to integrate end-to-end tests in CircleCI?
Adding a job can look intimidating, for an outsider. Here is how I approached this task to integrate my end to end tests into an existing workflow

Simon Laden · 25th  Mar 2019 · 3 min read
(Multi-stage docker) in docker as CI Sledgehammer
With an objective of building some docker images on cloud CI infrastructure I introduce one build-template sledgehammer I've been using recently, multi-stage docker builds running in docker-in-docker host container, with examples of AWS CodeBuild and Gitlab CI, and musing on other options.

I'm a developer at Scott Logic. I like to break things and sometimes fix them.