“Keep getting better, because there’s no limit” – Grad Week 2019

With one chapter in their lives coming to a successful close and an exciting new chapter just beginning, our new intake of graduates gathered together in our Newcastle office at the start of August for Grad Week.

Grad Week offers more than just an induction for our talented new colleagues – it’s as much an opportunity to form strong working relationships with each other and to start building their networks within the company.

(Also to play pool tournaments. And find their way out of Escape Rooms.) 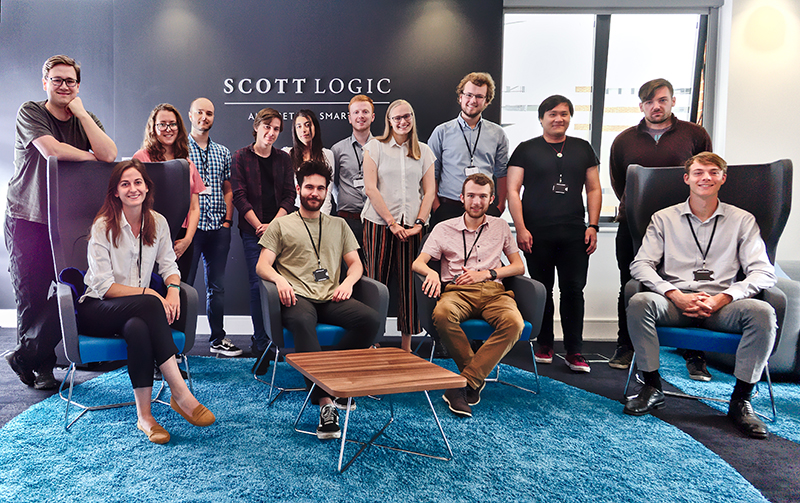 In this blog, allow us to introduce four of our new graduate colleagues as they share their experiences of their route into Scott Logic and how Grad Week has gone:

How the grads’ courses prepared them for the world of work

All of the graduates found that their courses prepared them well for the working world – preparation which they can now build on through their induction, graduate project and mentoring at Scott Logic.

Erin’s course at St Andrews included useful and relevant modules on transferable skills and programming. Durham University connected Steven to an internship opportunity at a company in Newcastle, and he gained more experience through freelance work in his summer holidays. This reinforced his determination to work in software development. 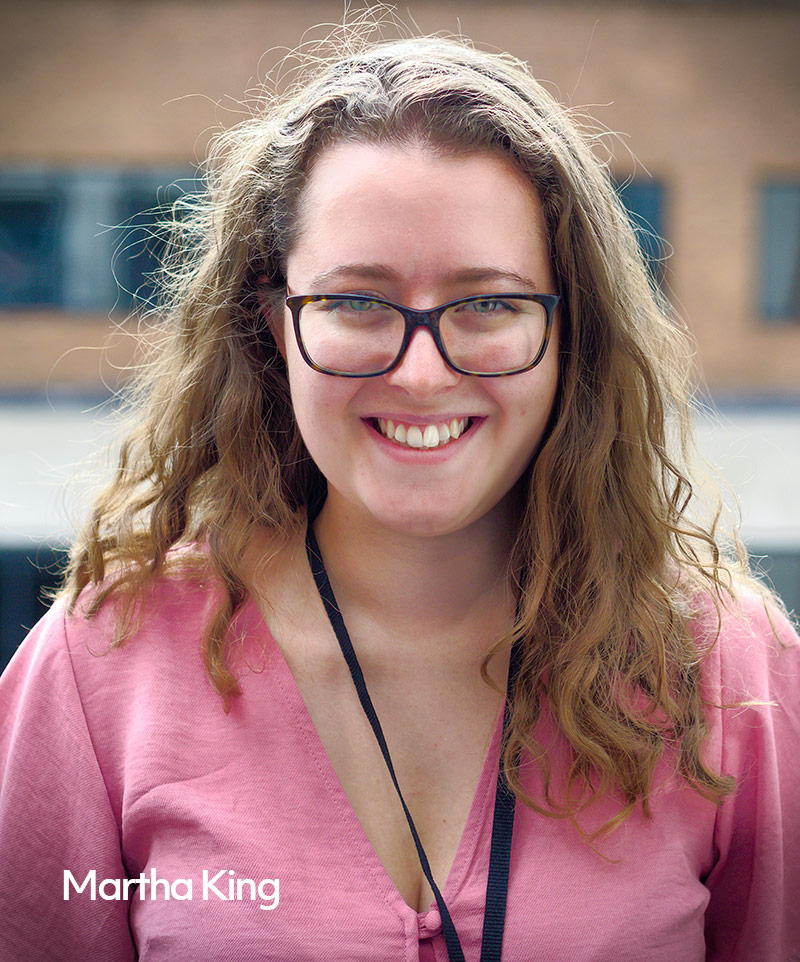 Having already done a placement in the Finance industry, the similar placement opportunities through Martha’s course had the opposite effect: helping to strengthen her determination to work in another sector and encouraging her to research her options. The breadth of Alex’s University of Glasgow course provided excellent exposure to a range of disciplines, allowing him to identify the areas he was most interested in – including programming and then, in his final year, UX Design.

What attracted the graduates to Scott Logic?

Various factors brought these graduates to Scott Logic. As Content and Channel Manager, I’m delighted to say that the website played a key role! In one case, a single blog post was decisive. Alex happened upon this post by Lead UX Designer Simon Duncan on 5 things hip hop teaches us about UX Design and realised he had found an excellent (and funny) source of UX expertise. Erin was looking for a company that valued diversity, was really involved in the local community and supported initiatives for women in tech. (You can explore here our blog posts on testing, UX design, tech and software delivery.)

Having realised that she wanted to work in software development, Martha also found the Scott Logic website to be interesting and humorous, and conveyed a culture she wanted to work in. Another part of the appeal for Martha, Erin and Steven was the location – the fact that Scott Logic’s head office is in Newcastle – (“…and not just a branch with three people working here!” said Martha) – where they want to live. And with other offices in Edinburgh, Bristol, London and now Copenhagen, they also have the opportunity to try out other cities. 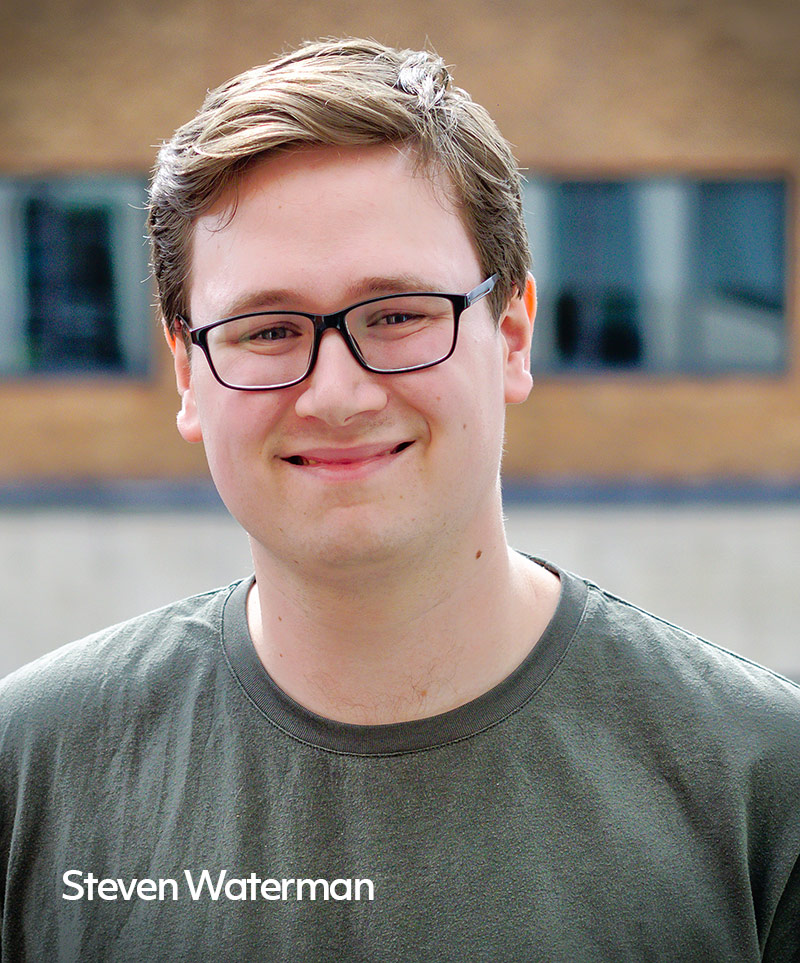 In Steven’s case, he applied for interview practice! It was his first interview for a grad job and he’d heard that Scott Logic is renowned for interviews that stretch you. Practice or not, he was surprised and delighted when we offered him the job – particularly because he was attracted by our reputation for technical excellence and by the opportunity to work with and learn from similarly techie people.

How was Grad Week?

All agreed that Grad Week had exceeded their expectations – this was not a week of sitting listening to lectures! Martha really enjoyed the overview the grads were given on the basics of Finance, which will stand them in good stead for client work.

Alex was inspired by Colin Eberhardt, our Technical Director, describing the R&D culture at Scott Logic. As Alex said, it’s clear that, “if you want to become better, you can look into that and through R&D you will find some value that will add to the business. And we do weekly design critiques of each other’s UX work, so you can get all in a room and be like, ‘Right, this is how we can help you, but also now we know what are the issues you’re facing and how all of us can tackle it.’”

The interactive workshops on UX and development were really well received. For Steven as a graduate developer, it was his first opportunity to consider all the different steps that you need to go through and how difficult it is to take something with lots of functionality and make it simple for the user – it’ll really help him in doing client work and thinking about things from the user’s perspective. 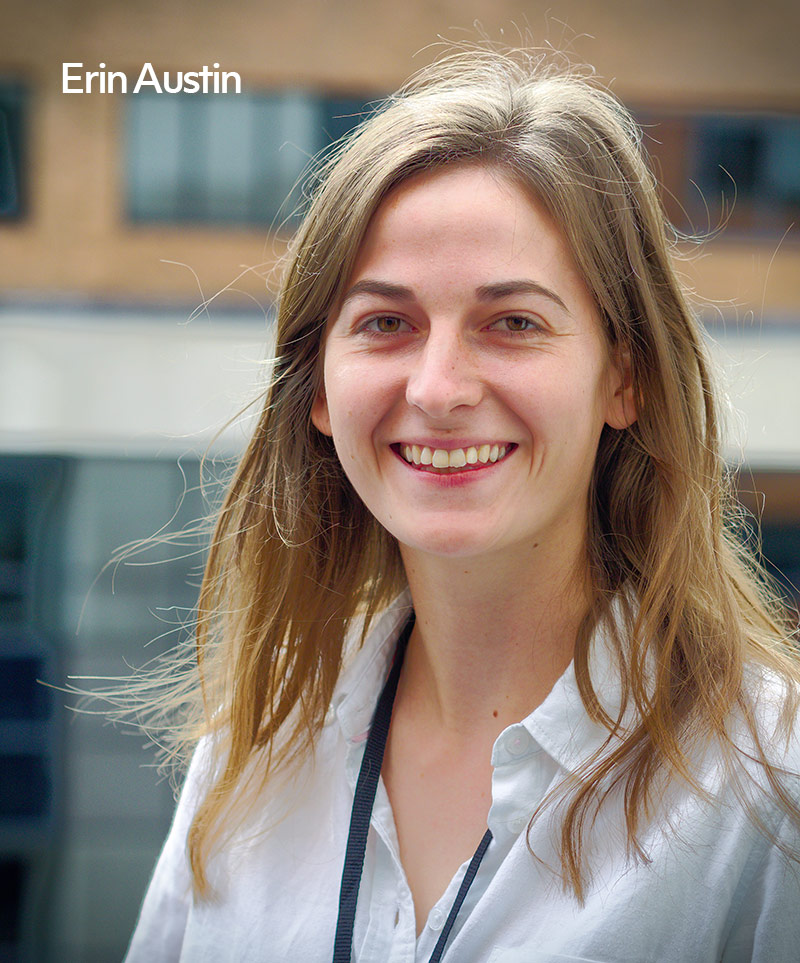 Erin and everyone else really enjoyed the emphasis on getting to know each other and forming working relationships: “One of the nicest things about it is that the focus has been on getting to know grads and working together. It’s been about making connections, settling in and making it an atmosphere where you feel comfortable and supported and be able to have ideas straight away.”

They also appreciated how staff across the Newcastle office came along to the social events in the evenings, providing an opportunity to break the ice with more senior colleagues. And to lose at pool to them.

As Martha said, “It means that when you have a question, you know you can ask them, because we now know people’s names, we know we can talk to them. I know the ones who’ve done Maths, so I know I can ask them, I know they’ll understand!”

Talking of which: welcoming Martha and Erin into the fold with their maths and physics expertise is representative of our ongoing drive to bring a broad mix of talents into Scott Logic from the computing, mathematical, engineering and scientific fields.

Martha, coming in as a mathematician, confessed to being slightly daunted in advance of Grad Week, but as soon as it began she realised that everyone knew a similar amount. Working on the programming tasks, she found that she understood the code well and will quickly get used to working with it on a daily basis.

Neither Erin nor Martha felt that their degree background was holding them back during Grad Week. In approaching team challenges, they were able to bring fresh perspectives and insights to bear.

As Erin explained, “There’s something really valuable about having a group of people coming together like the grads that haven’t all just done the same course. I mean, even having computer scientists from different universities is great because you learn very different things on different courses; and if everyone is coming to the same problems with the same approach, you won’t get the same cross-discipline ideas.”

What are they looking forward to next?

Next up for the grads is to return to the offices at which they’ll be based for several weeks of general and specialist technical training, and then their Graduate Project. The aim of this group project is to provide the graduates with new skills and ways of working, along with hands-on experience of developing software in a commercial environment. An example is Stock Watcher, designed and built by Newcastle graduates – a stock portfolio watchlist application that allowed the user to track the prices of various stocks. 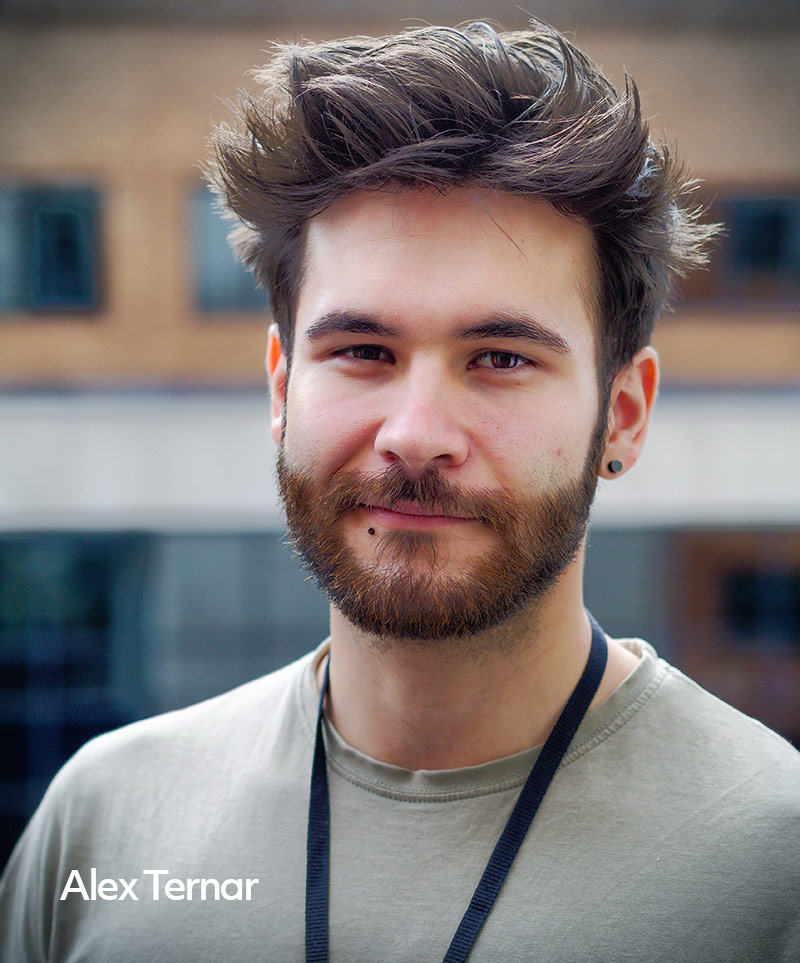 All of the graduates are really looking forward to this opportunity to enrich their skills and experience. As Alex explained, “The only way to get experience is to work on something,” and even though they had tried to simulate a team environment at university, everyone on the team was a designer. “I need to be able to communicate not only with the developer who I’m handing off my work to, but also with the tester who’s checking the developer’s work against the design.”

Martha’s looking forward to having her horizons broadened by client work – constantly being challenged, learning from a wide range of people, exploring how different organisations operate, and not getting stuck into one way of doing things.

As the graduates embark on their Scott Logic journeys, Steven summed up beautifully what’s in store for them: “The thing that’s kind of coming over is that you’re never going to stop learning, you’re never done, there’s always improvement to be had, whether that’s in you as an individual or your product on the UX side, or your code in a ‘clean code’ sense. Just keep pushing, keep getting better, because there’s no limit – and that’s really encouraged here.”

Starting as a Graduate Developer at Scott Logic
Scott Logic is a leading software consultancy company who offer three graduate schemes, one for development, testing, and user experience (UX). In this article I will give a personal account of the start of my graduate programme as a developer, along with inputs from my fellow starters. If you’re thinking about joining Scott Logic, want to find out more about their graduate scheme, or who they are, then this article is for you.

Harry Bedford · 20th  Nov 2018 · 5 min read
Team Building, Development, and Go-karting : My Induction Week at Scott Logic
This blog post, written by a graduate developer joining the Edinburgh team, reflects on his induction week experience at Newcastle. A total of sixteen graduates across UX, development, and testing joined this August, and the induction was an ideal opportunity for everyone to meet.

If you enjoyed this blog post and are interested in working with smart Developers on challenging software projects, check out our current vacancies.
Paul Dykes

Content and Channel Manager at Scott Logic, with a background in digital marketing, content management and product management in the creative industries and the IT sector.